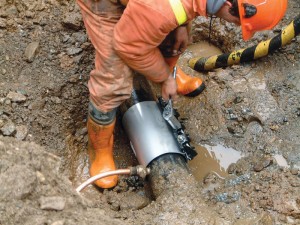 After releasing a proposal to the Nova Scotia Utility Review Board for a two-year rate increase in January, the Halifax Regional Water Commission (HRWC) is facing significant public pushback. On April 15, a public hearing will be held to debate the approval of said increases. With notable institutions such as leading local property managers Killam Properties and beer crafter Oland Brewery already speaking out against the rate increases, public opinion seems set against the proposal.

Halifax’s water system is in need of a significant overhaul. The proposed project will include upgrades to the city’s wastewater treatment facilities to meet environmental standards, as well as a revamping of aging wastewater infrastructure.

Halifax Water board chair Colleen Purcell has commented on the city’s dire need for a water system upgrade: “The current state of much of the wastewater infrastructure requires that we increase investment to bring the full system up to federally mandated standards. Delaying these investments is not an option from an economic, environmental, or quality of life perspective.”

Carl Yates, Halifax Water’s general manager, also believes the need for an upgrade is urgent. “It is well known that the state of much our nation’s wastewater infrastructure is in poor condition,” he said. “HRM [Halifax Regional Municipality] is no different,” he said in a release.

The renewal project is projected to cost $2.6 billion over the next thirty years; a price tag necessitating the proposed sudden rise in water rates for Halifax residents and businesses. Assuming the proposal is approved, homeowners will see two rate changes over the next year: one on July 1, 2013, and the second on April 1, 2014. The proposal would also restructure stormwater charges. The changes would amount to an increase of over $0.50 per day, or nearly $16.00 per month over that time.

These rates would still be amongst the lowest in Canada.