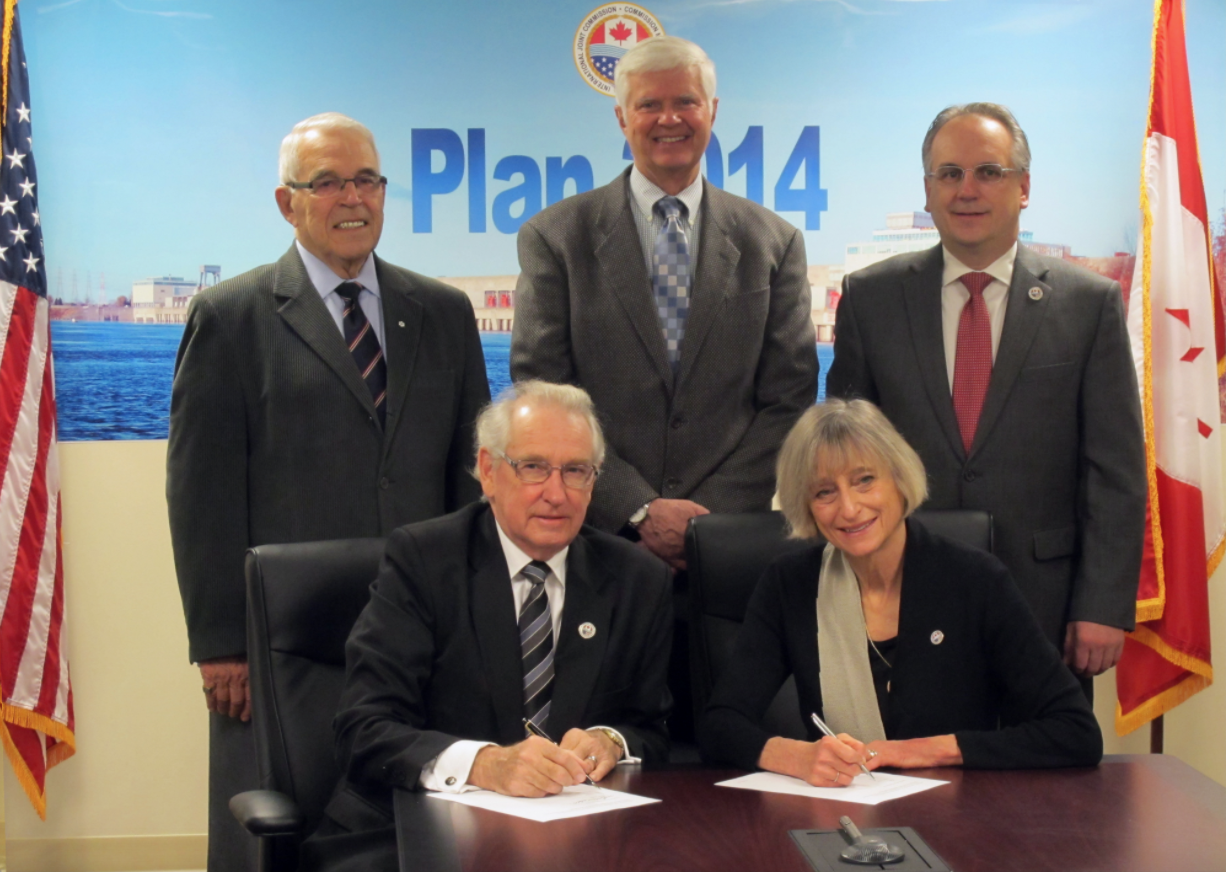 The Commissioners of the International Joint Commission (IJC) have signed and approved an order to regulate of water levels and flows in Lake Ontario and the St. Lawrence River. The plan is intended to restore more natural variations of water levels.

The updated order makes it possible for the IJC to approve Plan 2014, a new regulation plan for determining the flows through the Moses-Saunders Dam located on the St. Lawrence River between Cornwall, Ontario and Massena, New York. The regulations to regulate flows used until now were developed in the 1950s.

“Plan 2014 is a modern plan for managing water levels and flows that will restore the health and diversity of coastal wetlands, perform better under changing climate conditions and continue to protect against extreme high and low water levels,” stated U.S. Section Chair Lana Pollack.

“We are trying to mimic the highs that are closer to what nature intended,” she said.

Canadian Section Chair Gordon Walker stated, “We are pleased that Plan 2014 will bring system-wide improvements, with consideration of ecosystem health and recreational boating along with shoreline communities, commercial navigation and  hydropower production.”

He added, “The Plan will restore 64,000 acres of coastal wetlands, and that is a huge accomplishment.”

Plan 2014 will continue to protect shoreline property and will retain, essentially unchanged, the environmental conditions and coastal protections on the lower St. Lawrence River, below the Moses-Saunders Dam. The plan will improve ecosystem health and diversity on Lake Ontario and the upper St. Lawrence River and provide net economic benefits.  Allowing for more natural variations of water levels, the plan will foster the conditions needed to restore 26,000 hectares (64,000 acres) of coastal wetlands and improve habitat for fish and wildlife. The plan will also frequently extend the recreational boating season, better maintain system-wide levels for navigation and increase hydropower production.

Plan 2014 is the result of more than 16 years of scientific study, public engagement and governmental review. During the five-year Lake Ontario-St. Lawrence River Study (2000-2006), technical experts and stakeholders together built evaluation models and tested hundreds of alternatives, with extensive public participation throughout the process. The IJC continued to optimize alternatives developed during the study and held public meetings in 2012 and public hearings in 2013 before proposing Plan 2014 to the two federal governments.

The IJC will instruct its board to ensure that flows through the power project are set in accordance with Plan 2014 beginning in January, 2017. The board includes federal, state, provincial and local members.

The signing follows the concurrence by the Governments of Canada and the United States on amendments to the IJC’s order of approval, which specifies the conditions and criteria that must be met when setting the flow through the Moses-Saunders Dam and other control works, located between Cornwall, Ontario and Massena, New York.

For more information, visit the Commission’s website at www.ijc.org.