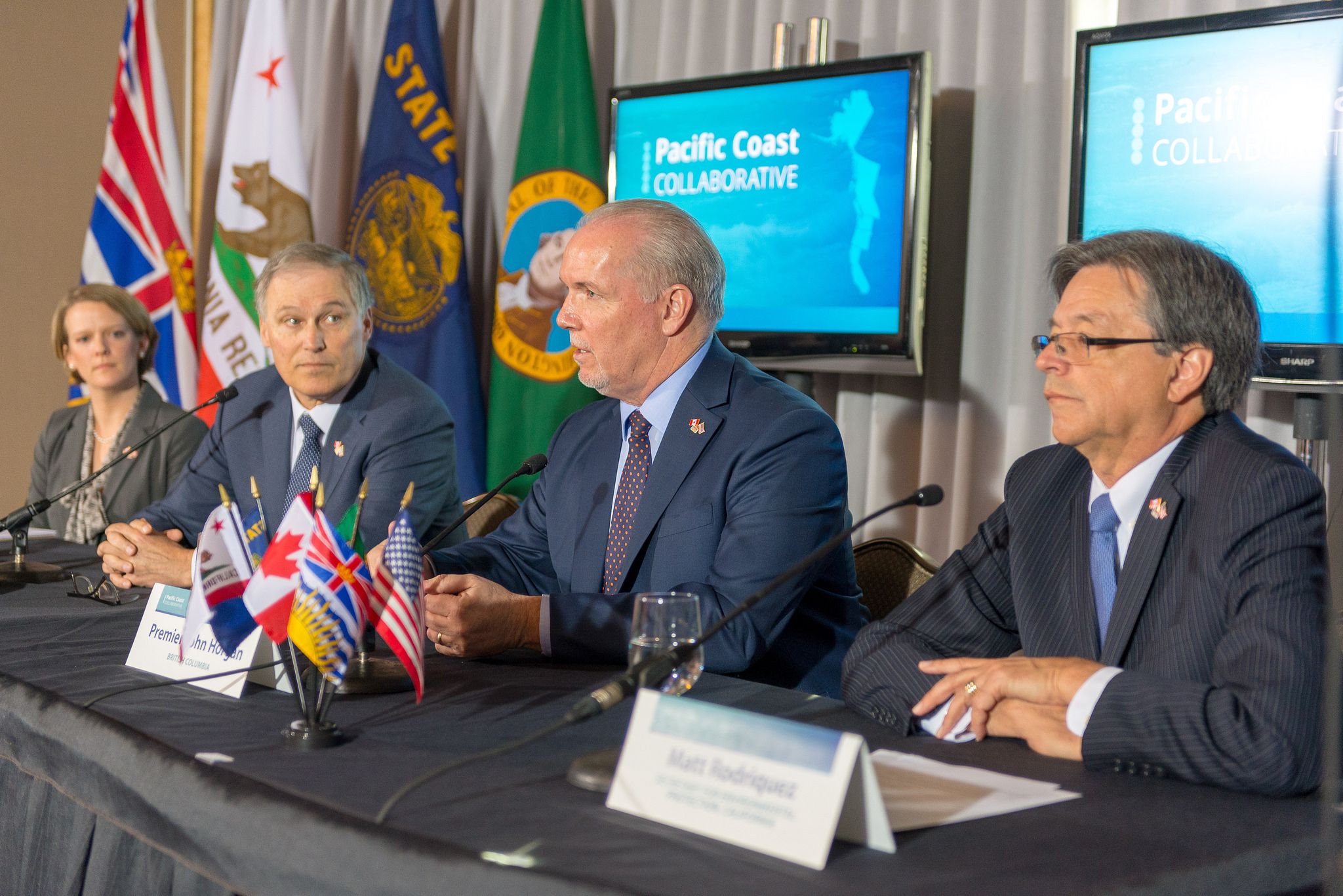 For the 10th anniversary of the Pacific Coast Collaborative (PCC), west-coast leaders from the U.S. and Canada met to pledge joint action on critical issues, such as climate change and environmental protection.

Last week, the Premier of British Columbia, the governors of Oregon and Washington, and the California secretary for environmental protection, on behalf of the governor of California, announced joint actions on critical issues facing all four jurisdictions.

“Today’s announcements reflect the urgent need to work beyond borders to protect our shared environment, take action on climate change, stop the overdose crisis, and support mutually beneficial trade,” said B.C. Premier John Horgan. “We have so much in common. I’m very optimistic about what we can achieve by tackling challenges together, and working to deliver strong, sustainable economic development that works for people on the West Coast.”

“For the past decade, the PCC has helped propel our region to the forefront of climate action. We’re ready to tackle the next decade of collaboration on climate and so many other issues, including the destructive scourge of substance-use disorders that too many of our friends, family and neighbours face,” Washington Governor Jay Inslee said. “All of the leaders here today recognize our shared history and future, and I’m pleased to join with them to continue our efforts together.”

While neither the action plan nor the leadership are legally non-binding, they serve to improve coordination and accountability among the regional jurisdictions. The mandate of the PCC from its 2008 formation has been to provide a forum for co-operative action, leadership, and information sharing among the members. Last week, the group reaffirmed their strong commitment to meaningful action on climate change. They acknowledged that carbon pricing can effectively, efficiently and fairly reduce carbon pollution.

The leaders acknowledged shared goals and a deepened commitment to work together to create a better future for the West Coast.

USask researchers explore how floods and droughts are challenging science and...