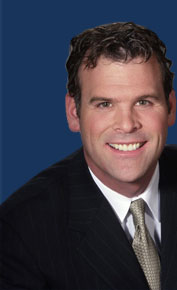 Environment Minister John Baird says it could take 20 years to clean up the sewer mess in the Ottawa, but both the federal and Ontario governments are committed to fixing the problem, reports The Ottawa Citizen.

“We didn’t get into this situation overnight. We aren’t going to get out of it overnight,” said Baird Tuesday. “This is going to be a 20-year effort.”

Baird was at the annual convention of the Association of Municipalities of Ontario with Municipal Affairs Minister Jim Watson to announce the federal and Ontario governments will each contribute $362 million to help smaller Ontario communities with capital projects until 2014.

Liberal Watson and Conservative Baird, who each represent Ottawa West-Nepean, said they are co-operating on projects such as getting badly needed wastewater plants to smaller Ontario communities and fixes to Ottawa’s sewer system. On Monday the provincial government gave Ottawa $77.2 million as part of a $1.1-billion payout to cities for infrastructure projects, money the province hopes the city will use to fix the sewer problems. Baird has promised $20 million as a first step towards the federal government helping out cleaning up the Ottawa River.

Ottawa has seen a series of sewage overflow and spill incidents into the Ottawa River since 2006 due to aging controls and a sewer system that combines storm and wastewater through much of the city.