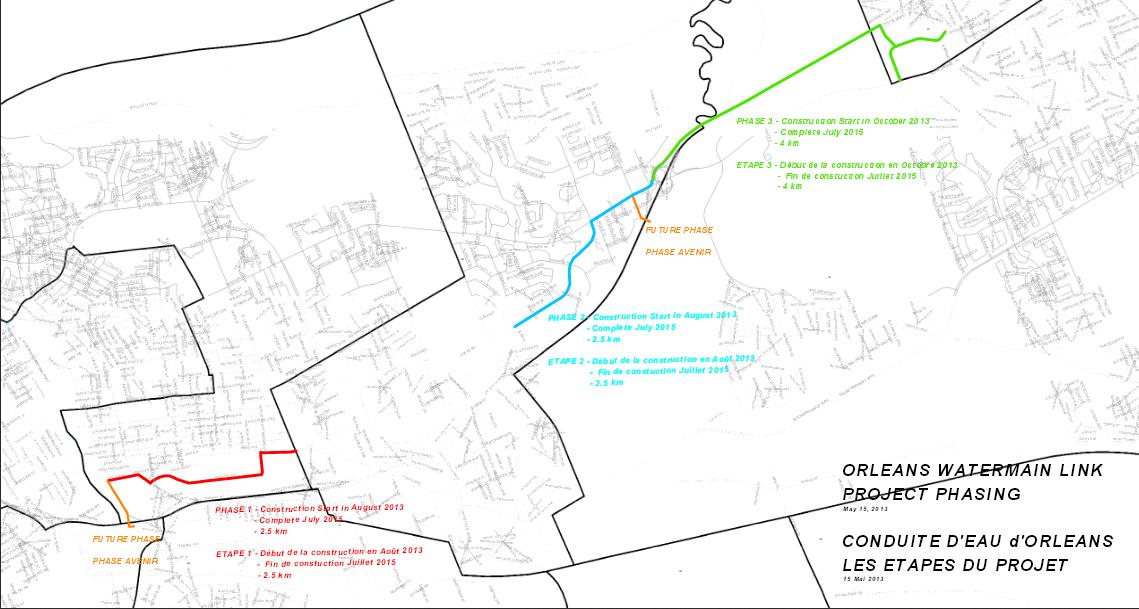 Ottawa’s Orleans Watermain Link project is underway, with lane reductions already in place on the Vanier Parkway and Coventry Road as of August 19, and reductions expected to begin on Montreal Road on August 26. The project includes the reconstruction of roads, sewers, and watermains, including a large secondary watermain to Orleans. The construction of the secondary main is intended to “create greater resiliency in the water distribution system for the east portions of the city,” according to a City of Ottawa release.

The project was undertaken after the city’s infrastructure master plan identified the East Urban Community’s water infrastructure as being insufficient to ensure maintained supply in the case of a major failure. The project involves building nine kilometres of watermain from the Rideau River to Jeanne D’Arc Boulevard. Construction will be divided into three phases, to be carried out between 2013 and 2015, with the summer of 2015 slated as the anticipated completion date.

Phase 1 is the West Link, and will be a new 914-millimetre transmission main connecting the Hurdman Bridge Pumping Station to St. Laurent Boulevard at Coventry Road. The new link will improve reliability by distancing it from the primary 1220-millimetre watermain feed, also located along the 417 corridor and Tremblay Road. Construction of this phase is prioritized to avoid upcoming construction projects such as the widening of the 417 and the Light Rail implementation.

The East Link is comprised of phases 2 and 3, and will include a 914-millimetre transmission main providing supply to Orleans through the Greenbelt.