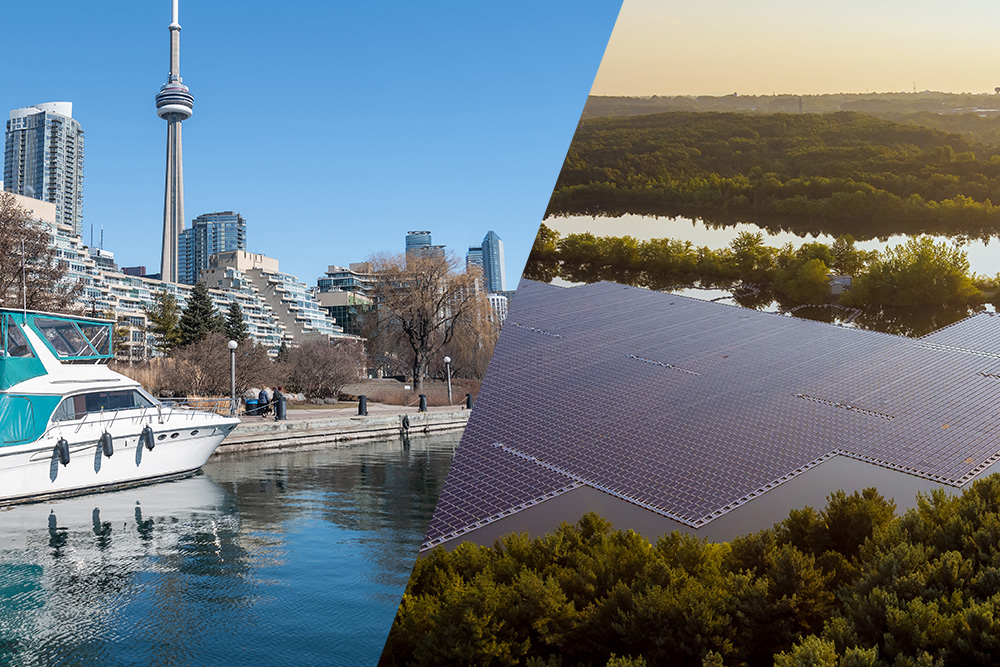 Toronto, ON – When it comes to trying to help the planet secure its energy future, you won’t find many researchers more energetic than Ontario Tech University expert Dr. Ibrahim Dincer.

“We are at the crossroads of evolving from the carbon age to the hydrogen age, where fossil fuel resources are depleting,” says Dr. Dincer, a Professor with Ontario Tech’s Faculty of Engineering and Applied Science, and researcher with the university’s Clean Energy Research Laboratory. “The key question is: how soon? We don’t yet have the answer.”

What is clear however, is that we are already witnessing drastic industry shifts toward renewable energies and hydrogen energy technologies. By 2050, the global population is expected to surpass 10 billion (currently just under eight billion). Over the same time period, some estimates suggest the global demand for energy will skyrocket by 50 per cent. How is that surge in energy demand going to be met?

“When it comes to clean energy options around the globe, the future looks bright,” says Dr. Dincer. “We know fossil fuel options are finite, and we also know the world’s energy demand is increasing. We are in an era where various sustainability project alternatives are feasible, practical, affordable, and quite frankly, needed. We must commit ourselves to achieving a carbon-neutral economy.”

For generations, residents and hundreds of thousands of travellers going to the Toronto Islands have boarded the City of Toronto’s diesel-powered ferry fleet that chugs back and forth across the Harbour. The aging vessels currently burn hydrocarbon fuel and produce carbon dioxide emissions.

The City has established a goal of net-zero greenhouse gas emissions by 2040. Dr. Dincer and his research colleagues are proposing Toronto consider a new system where the boats would be hydrogen-powered. The system would draw energy from floating solar panels adjacent to the Lake Ontario shoreline that produce hydrogen through electrolysis. Hydrogen is then sent to the refuelling station to fuel the boats. Dr. Dincer and his colleagues’ research paper was published in 2021 in the Netherlands-based academic journal Energy Conversion and Management by Elsevier.

“The panels essentially form an on-site floating energy plant, like a giant blanket of solar-powered photovoltaic (PV) panels,” says Dr. Dincer. “Solar energy drives the integrated PV-electrolysis system that then produces clean hydrogen, the energy that will ultimately power the short-distance ferries. This is a proven technology, and Toronto has an opportunity to make a landmark demonstration of the system’s reliability and cost efficiency. More importantly, it will raise public awareness of hydrogen’s potential.”

Fuel cells are electrochemical devices like batteries, but they don’t discharge or need to be recharged. Fuel cells produce power, clean water and some heat as long as a fuel (such as hydrogen and/or oxygen) are supplied. Fuel cells have a negative electrode (anode, fed with the fuel), and a positive electrode (cathode, fed with air), all sandwiched around an electrolyte (a substance that breaks up into ions as electrons flow through it where the reactions produce an electrical charge).

Dr. Dincer’s proposed floating photovoltaic (PV) plant for Toronto Harbour includes nearly 5,000 solar modules. Based on an average of 10 years of weather data, the plant would generate nearly 3,000 megawatt hours of energy, more than enough to power the city’s ferry fleet, and the equivalent amount of electricity to power homes for 300 people every year.

Canada’s response to floating photovoltaics has been slow to date

Floating solar projects have seen strong investment and implementation in many countries in Asia and Europe over the past five years, in part because available land for terrestrial solar panel installations is scarce, and because of the associated real estate costs. Germany already generates 10 per cent of its electricity from solar, whereas Canada sits at 0.3 per cent.

“Because land along Toronto’s harbourfront is crowded and expensive, there would be no way to place an array of panels on-shore,” says Dr. Dincer. “Floating solar panels on Lake Ontario offer a promising and realistic clean-energy option, a model that could be replicated for coastal and Indigenous communities. Canada has an almost infinite number of lakes, rivers, oceans and seas. These water surfaces are available, saving land areas for other purposes like agriculture, housing, tourism, and more.”

Some still have questions about issues such as ice buildup and limited direct sunlight in the winter impacting the technology, community aesthetics, marine navigation, extreme wave action in storms, and potential environmental impact on wildlife habitats, including blocking sunlight from penetrating shallow water. Dr. Dincer says these concerns are largely unfounded.

“Water in fact improves the performance of the panels by cooling them and making their electricity output more efficient,” says Dr. Dincer. “In addition to a reduced land footprint, the non-terrestrial environment also reduces the effect of dust, which is a common issue with solar panels on land. Floating panels also conserve water through reduced evaporation in bodies such as reservoirs.”