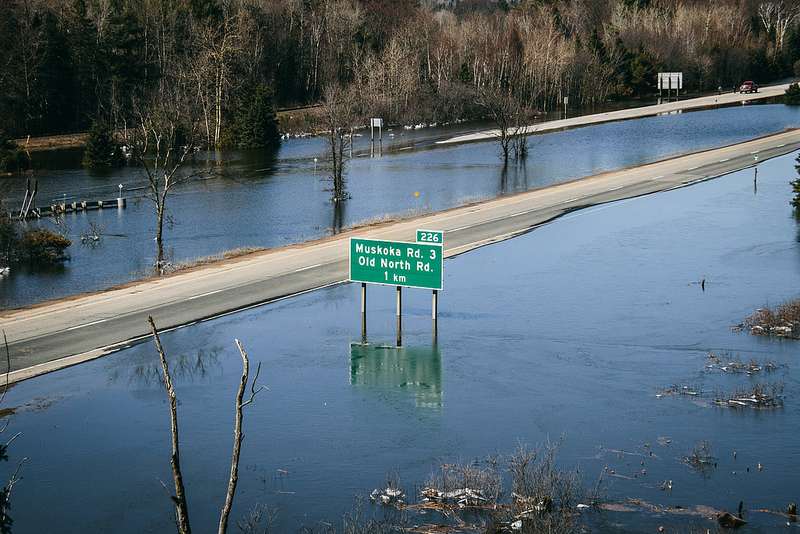 Communities in Ontario such as Kawartha Lakes, Bracebridge, Bancroft, South Algonquin, Haliburton, Markstay-Warren, and Huntsville were ravaged by some of the heaviest spring flooding in decades over the weekend. A combination of heavy rains and a sudden snow and ice thaw caused by balmy Thursday temperatures has forced several of these communities to declare states of emergency. A number of residents have been forced from their homes, some are without power, and several roads and culverts have been washed out.

According to the CBC, Huntsville Mayor Claude Doughty expects the municipality’s repairs to take months and cost millions of dollars. The Town of Huntsville’s website describes “massive destruction of [the town’s] municipal infrastructure. Many roads are either impassable or destroyed by the flooding in the area.”

While some of the affected communities have seen the worst of the flooding come and go, water levels have yet to peak in some areas. Ontario’s Ministry of Natural Resources has issued flood warnings for parts of the province’s north, including North Bay and Parry Sound. The ministry expects water levels to climb along the Muskoka River over the course of Monday.