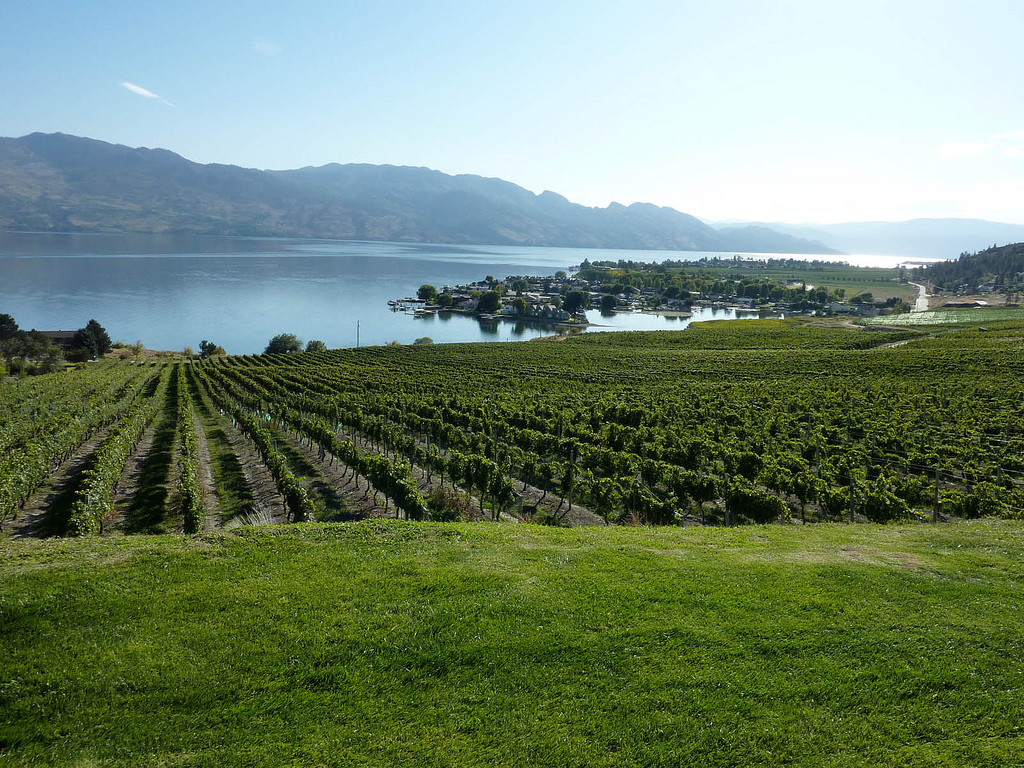 Okanagan Valley’s mayors gathered yesterday at the UnH20 Gardens to talk water conservation. Following a difficult year of flood, record-breaking temperatures, and as talk turns to the possibility of another drought this year, there was a strong commitment to participate in the Okanagan Basin Water Board’s annual WaterWise program.

“It can be hard to focus on being WaterWise and water conservation when there’s flooding, but it’s a priority for all of our communities to use water wisely,” said Armstrong Mayor Chris Pieper. “Look at last year. Flooding was quickly followed by fire and drought. Water is a valuable resource and we can’t take it for granted. We have to respect it.”

By pledging, residents are entered to win $500 WaterWise yard prizes, including plant material from the Make Water Work Plant Collection, WaterWise irrigation or drought-tolerant turf. And, the community with the most pledges per capita will be crowned Make Water Work Champions.

“We’re very proud to be two-time winners of the Make Water Work Championship, first in 2015 and then again in 2017,” Pieper added, challenging his fellow mayors to try and take the title. “We look forward to retaining the title in 2018!”

After taking their own pledges and issuing their challenges, the mayors were given a brief lesson on low-water landscaping by Okanagan Xeriscape Association (OXA) Executive Director Gwen Steele. They were provided with gardening gloves, good soil, hand shovels, plants from the MWW Plant Collection, watering cans, and invited to work in the UnH20 garden and show what they learned.

Now in its 8th year, the MWW program promotes tips and tools to help residents do their part to conserve water. One way to do this, and especially relevant at this time of year, is to prepare yards to slow, spread and sink water on site as a conservation method, as well as to reduce stormwater runoff and protect water quality. The ‘Slow it. Spread it. Sink it! – Okanagan Homeowners Guide’ has been especially popular, as has the MWW Plant Collection, Jackson said.

“Make Water Work is a great way to get people excited about making changes in their yards to be more WaterWise,” Steele agreed, noting the plant collection was developed in partnership between OBWB’s Okanagan WaterWise, OXA and Bylands Nurseries to include commonly known, readily available WaterWise plant choices. It features 54 plants including perennials, grasses and shrubs, hedging and trees.

“It’s a jumping off point for people who are interested in starting a WaterWise garden,” added Steele, noting that the plants were selected from a much wider database available on the OXA website.