The Government of Northwest Territories has released its 2018–19 Budget projections, which include $500,000 in new spending for water infrastructure projects and the same for the territory’s climate change adaptation program.

Finance Minister Robert C. McLeod released the budget, highlighting a $1.713 billion budget for departmental spending that addresses the priorities of the 18th Legislative Assembly and strengthens delivery of existing programs.

“This Assembly has done a remarkable job of managing spending to help restore fiscal sustainability. This allows us to propose balanced investments in this Budget to harness change in program delivery and build a better tomorrow despite declining revenues,” said Minister McLeod.

The budget provides $1.3 million in funding to NWT community governments split between water and sewer expenses and operations and maintenance. Including grants, contributions, and transfers, community governments account for just over $19 million in water and sewer service funding. Fees generated from licences, rental, and other fees are estimated to be around $80,000. 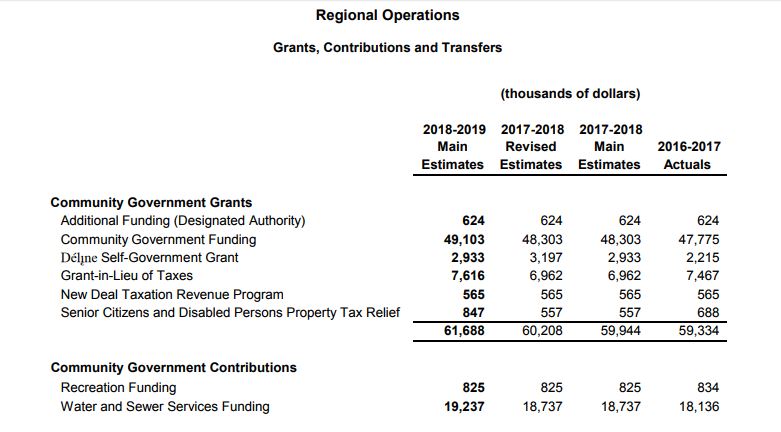 “Our fiscal situation remains challenging, but our fiscal strategy is working to give us the flexibility to deliver on the priorities of the 18th Legislative Assembly,” said McLeod.

Water resource spending under NWT Ministry of Environment and Natural Resources accounts for nearly 13 per cent of departmental spending. Spending on water resources is down somewhat from $11.8 million in 2017–18 to almost $11.5 million in 2018–19. 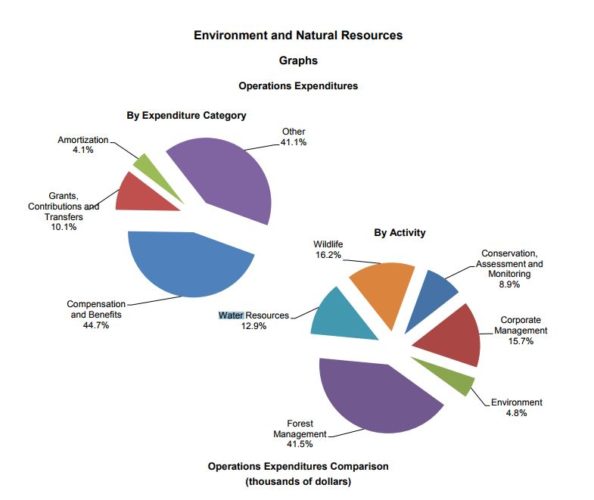 A highlights document is available online in addition to the full budget.