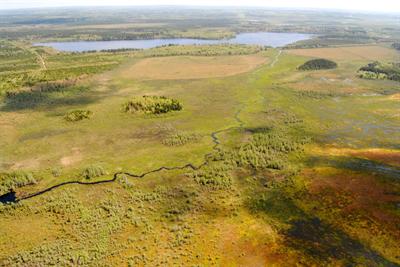 The Government of Nova Scotia announced on April 10 that work to replace the LaPlanche Aboiteau in Amherst was completed.

The aboiteau runs along the Chignecto Isthmus and protects about $40 million in provincial and municipal infrastructure, including roads and railways.

“Now with the project complete, people in the community can be assured of the improved protection for the surrounding infrastructure, valuable farmland. and marshes,” said Agriculture Minister Keith Colwell. “This was a large, complex project that we were able to complete on budget.”

The aboiteau drains a 133 square kilometre watershed and provides protection against flooding from the Bay of Fundy to 1,000 hectares of agricultural marshland. Aboiteau are an Acadian practice that prevents the flooding of marshland by high tides and permits the land to be drained of freshwater during low tides.

Alva Construction was named the successful bidder for the construction phase of the project in September 2014. The work included new dams, pile driving, concrete construction, and rock protection. The project budget was $5.2 million.

The work was completed in compliance with Department of Fisheries and Oceans regulations to ensure fish passage was protected during the construction phase and when the completed replacement became operational.

The aboiteau is operated by the Department of Agriculture, under the Agricultural Marshland Conservation Act. The department helps protect agricultural marshlands by monitoring 241 kilometres of dykes and 260 aboiteaux that protect over 17,400 hectares of marshlands in the province.