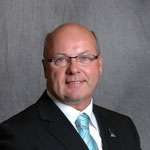 Manitoba has announced new rules for sewage disposal, including a ban on new sewage ejectors and a ban on septic fields in sensitive areas.

“Manitobans recognize it is time to move beyond outdated and unsustainable ways of dealing with sewage in favour of more responsible methods,” Conservation Minister Stan Struthers said earlier this week.

Effective immediately, the new regulations will:

The new measures are in addition to the ongoing work of the Enhanced Inspection Program (EIP), which commenced enhanced inspections in September 2008.  Under the EIP, Manitoba Conservation has carried out 709 inspections of waste-water systems in targeted areas of the Red River Valley and cottage country to ensure compliance with provincial regulations.

The regulations, however, were met with criticism from the Association of Manitoba Municipalities (AMM). Yesterday, the association issued a press release expressing its disappointment in the Province’s “heavy-handed decision” to move forward with “aggressive amendments” to the Onsite Wastewater Management Systems Regulation, citing the ban on sewage ejectors in particular.

“Many municipalities had concerns with the proposed amendments right from the start. We have absolutely no problem with supporting the amendments in environmentally sensitive areas, but to apply these rules to the entire province is excessive,” said Doug Dobrowolski, AMM president.

“The message our members delivered throughout these consultations was loud and clear,” according to Dobrowolski. “There is no scientific evidence to support these changes throughout the entire province. To implement new rules that will cost our ratepayers a great deal of money—with no apparent environmental benefit—is unnecessary and unfair.”

The AMM says that the issue has also resulted in several municipalities drafting a resolution asking for the Province to apply the new regulation on a “case by case basis where there are scientifically justified environmental concerns and identified high risk areas.” AMM members will vote on the resolution at the AMM Annual Convention in November.