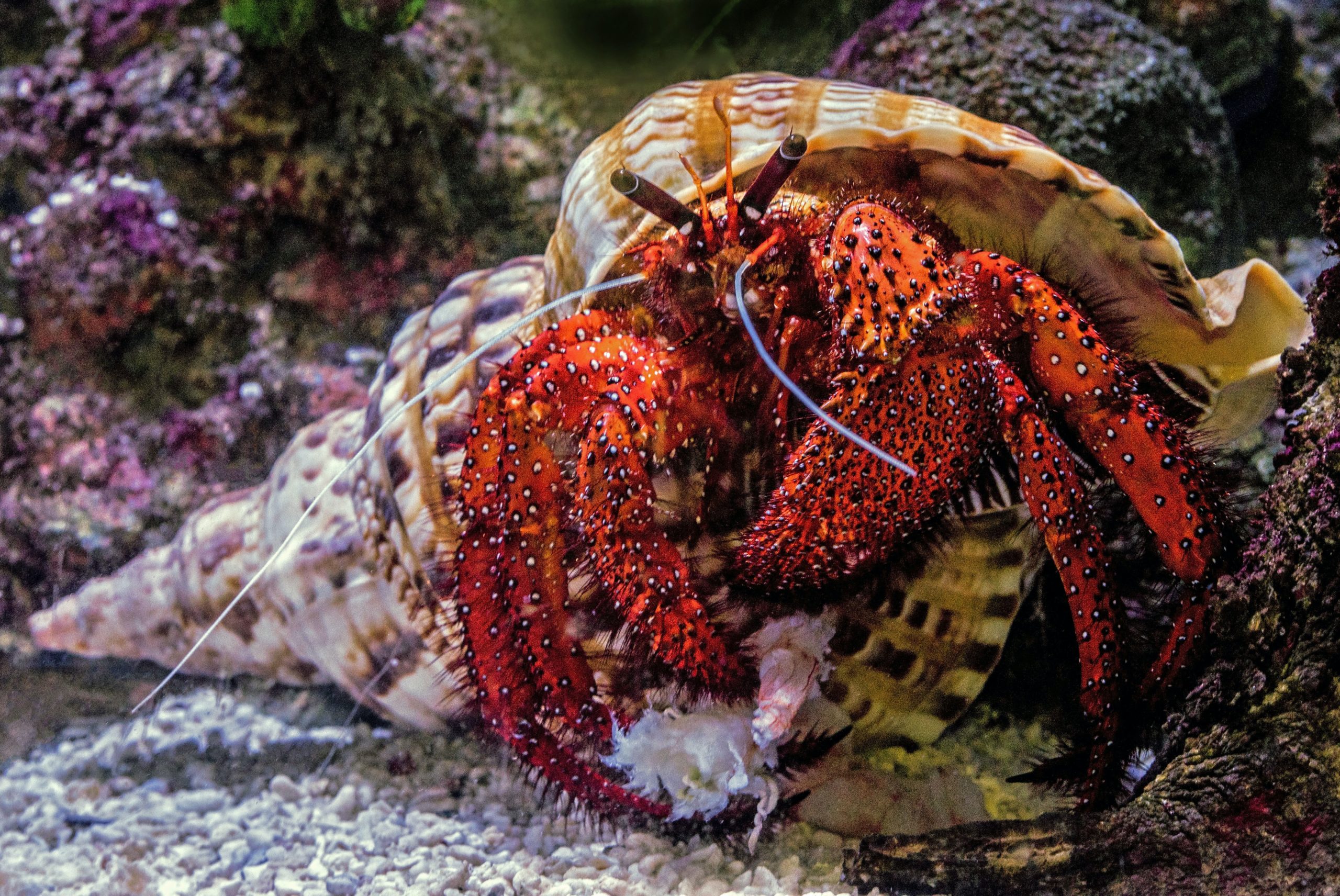 New research from Queen’s University Belfast and Liverpool John Moores University revealed the impact that microplastic pollution is having on biodiversity.

Currently up to 10 per cent of global plastic production ends up in the sea. The understanding of how this affects marine life is limited. The research published on April 29, 2020 in Biology Letters focused on the impact of plastics on hermit crabs, which play an important role in balancing the marine ecosystem.

Hermit crabs do not develop their own shells but instead take shells from snails to protect their soft abdomens. As a hermit crab grows over the years, it will need to find a succession of larger and larger shells to replace the ones that have become too small. These shells are vital in protecting and enabling hermit crabs to grow, reproduce, and survive.

The researchers found that when hermit crabs were exposed to microplastics, they were less likely to later touch or enter high-quality shells. “Our research shows that exposure to microplastics can have important effects on animal behaviour,” said Gareth Arnott, lead researcher from the School of Biological Sciences at Queen’s University. “More specifically, in this case it had a detrimental effect on shell selection behaviour in hermit crabs. As this behaviour is vital for hermit crab survival and reproduction, there could be important long-term consequences.”

To investigate the impact of microplastic exposure, the research team divided hermit crabs between experimental tanks, half containing microplastics while the other half had no plastic. After five days, the hermit crabs were moved into low-quality shells with the option for alternative high-quality shells offering more protection.

“Our research shows for the first time how microplastics are disrupting and causing behavioural changes among the hermit crab population,” Arnott said. “These crabs are an important part of the ecosystem, responsible for ‘cleaning up’ the sea through eating up decomposed sea-life and bacteria.”

“By providing a hard, mobile surface, hermit crabs are also walking wildlife gardens,” Arnott added. “They host over 100 invertebrate species—far more than live snails or non-living substrates. Additionally, commercially valuable species prey on hermit crabs, such as cod, ling, and wolf-fish. With these findings of effects on animal behaviour, the microplastic pollution crisis is therefore threatening biodiversity more than is currently recognized so it is vital that we act now to tackle this issue before it becomes too late.”