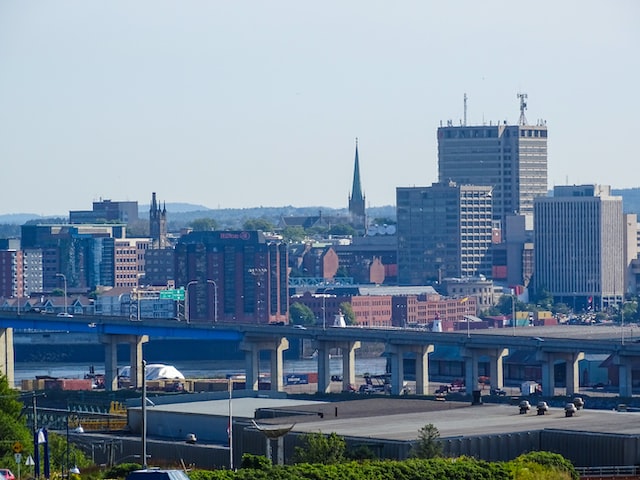 Funding will support raising the Courtenay Bay Causeway to prevent flooding during storm surges and rising sea levels as well as the construction of a new pumping station to allow for drainage of the forebay during high-tide conditions. These projects will help protect critical infrastructure and mitigate the impacts of climate change.

In addition, this investment will increase the flood resiliency of critical wastewater infrastructure across the city. The project includes rehabilitating and raising the berms to protect the Lancaster Wastewater Treatment Facility from flooding, replacing and raising the ultraviolet disinfection system at the Millidgeville Wastewater Treatment Facility and incorporating additional flood protection measures in the Lower Cove sewer system. The upgrades to these facilities are vital to mitigating the risk of damage from flooding, as well as reducing risk of sewer backup and the release of untreated wastewater into the environment.

“The impacts of climate change are felt by communities across Canada and Saint John, as a coastal community, is no exception. Making smart investments in critical infrastructure will help strengthen our resilience and mitigate the impacts of climate change and major weather events. Thanks to funding from Infrastructure Canada, the City can now proceed with key disaster mitigation projects at the Courtenay Bay Causeway, two wastewater treatment facilities and the Lower Cove sewer system.” – John MacKenzie, Deputy Mayor of the City of Saint John

U of T researcher to lead $10-million project to study wetlands’...