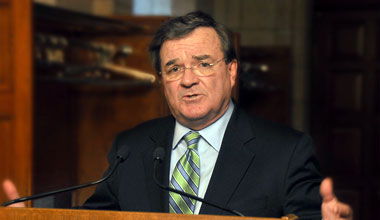 While yesterday’s budget announcement included new cuts to the Department of Fisheries and Oceans (the department will lose $89 million in 2013-14), the federal government is promising long-term funding for infrastructure through its new Building Canada plan.

New infrastructure investments, revealed Minister of Finance Jim Flaherty, will focus on projects that stimulate economic growth, and are designed to capitalize on innovative approaches, such as public-private partnerships (P3s).

The new Building Canada plan includes over $53 billion in investments, including over $47 billion in new funding over 10 years, starting in 2014–15. The funding will be delivered through three key funds:

Karen Leibovici, president of the Federation of Canadian Municipalities, says that the organization is pleased that the government has chosen to move communities forward even as it meets immediate fiscal challenges.

“We are particularly pleased with the government’s decision to review the effectiveness of its infrastructure plan within five years,” said Leibovici in a release. “This will be an opportunity to take stock of how effectively the plan addresses key infrastructure gaps, notably in public transit and wastewater treatment.