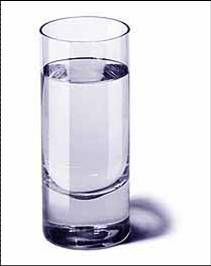 Nestlé Canada Inc. has withdrawn its appeal to the Ontario Environmental Review Tribunal concerning restrictions applied to its renewed permit to take water in Hillsburgh, Ontario. The renewed permit mandates that Nestlé reduce its takings during times of drought. The appeal is being celebrated by groups like Wellington Water Watchers and Council of Canadians, although Nestlé maintains that the decision is more cost related than anything, and will not impact the business.

“Basically, it comes down to cost,” said Nestlé’s director of corporate affairs, John Challinor. “If you look at cost of proceeding further there was a cost to be borne by us, and a cost to be borne by Ontario taxpayers. It doesn’t change how we operate. If there was a drought, we would voluntarily reduce our taking, as we always have. It has no impact on our business, but the challenge for us is we now find ourselves in a position of being the only business in Ontario that doesn’t have the voluntary authority to reduce takings during a drought. It’s mandatory.”

Mike Nagy, chair of Wellington Water Watchers, a Guelph-based citizens’ organization, is treating the withdrawal as a victory. “Drought conditions are occurring more often due to climate change and the Ministry is not taking its responsibility to protect our groundwater seriously,” he said. “Community groups shouldn’t have to put time and money into challenging the Ministry to do its job.”