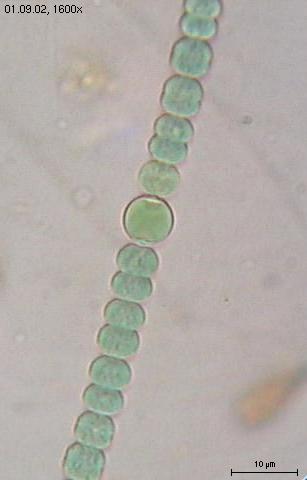 Land inspections, more water quality testing and new regulations are some of the actions the Nova Scotia government is taking to address water quality in the province’s Carleton River Watershed.

The Department of Environment released a report yesterday outlining the state of 10 lakes within the Carleton River watershed in Yarmouth and Digby counties.

Residents have expressed concern with persistent blue-green algae blooms in several lakes along the watershed. Blue-green algae is naturally occurring, but excess nutrients in the water, such as phosphorus, makes it worse. The nutrients can come from poor waste-management practices, fertilizers and faulty septic systems.

The Department of Environment began a water-quality sampling program in 2008 to better understand the health of selected lakes in this watershed, which includes nearly 100 lakes and rivers.

The report includes analysis of September and October 2009 samples taken from more than 50 sites in 10 lakes. The 2008 report, released last year, is also available.

The 2009 report said nutrients are increasing overall and water quality has been deteriorating since the mid-1980s. Six of the 10 lakes—Nowlans, Placides, Hourglass, Parr, Ogden and Fanning—had the poorest water quality. Provost, Porcupine and Vaughan lakes showed moderate levels and Sloans Lake had near pristine water quality.

This year, the department began auditing potential nutrient sources. Mink farms were recognized as nutrient sources, so the departments of environment and agriculture partnered to conduct land inspections at eight mink farms, identified based on risk factors such as size and how close they are to water.

Seven deficiencies were found on five of the eight farms inspected, including three requiring immediate action. All seven deficiencies have been addressed. Environment inspectors spoke with farmers about the best ways to manage waste and protect water sources.

In May, Environment Canada also conducted 10 inspections of area mink farms and collected samples, which were shown not to be harmful to fish. As a result, no enforcement actions were taken under the federal Fisheries Act. Environment Canada will continue to share information and sample results.

“With good farm practices and solid regulations, I believe the fur industry can be successful while being good stewards of the environment,” said Agriculture Minister John MacDonell. “Government brought in legislation for the fur industry last spring. The regulations we are drafting will make sure the mink industry better manages its waste in an environmentally sustainable manner.”

The Department of Environment will continue to conduct water-quality tests in the Carleton River Watershed area and visit more mink farms and other sites that may be contributing excess nutrients to the lakes and rivers.