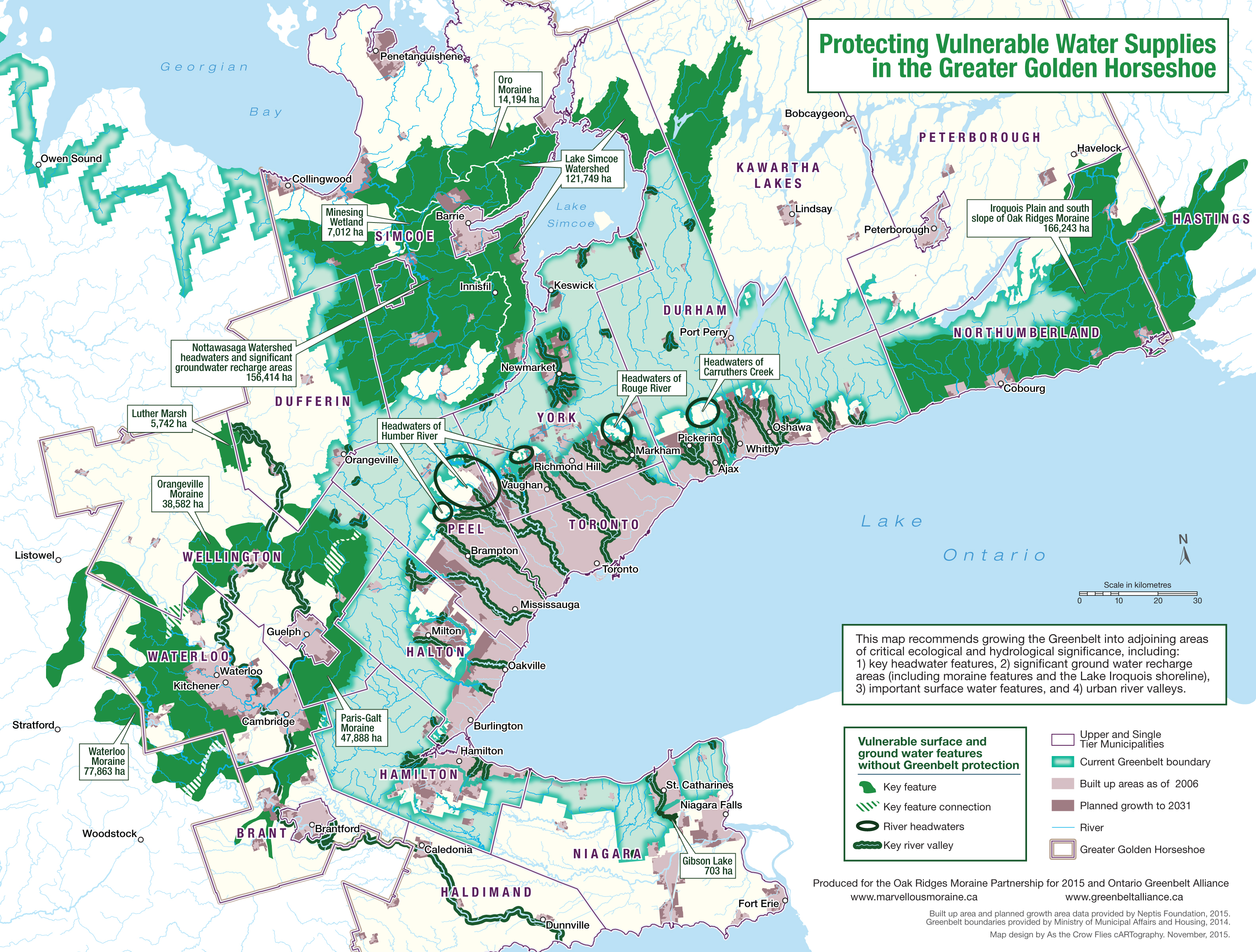 Over 100 community groups, including the Oak Ridges Moraine Partnership and Ontario Greenbelt Alliance are calling on the government to expand the protected land around the Golden Horseshoe Area, known as the greenbelt, and to include water systems in the designation. The submission is in response to an ongoing provincial review of the Greenbelt, Oak Ridges Moraine Conservation Plan, Niagara Escarpment Plan, and the Growth Plan.

“The Plan Review is an important opportunity to grow the Greenbelt to create a more resilient and connected natural landscape” says Caroline Schultz, Executive Director at Ontario Nature, “This is a one-shot deal. We must protect these highly vulnerable source water areas before they are gone,” she said.

The groups have highlighted the importance of water features across the region, that deliver approximately $3 billion annually in economic benefits by filtering and restoring groundwater supplies, ensuring healthy rivers and watersheds, and mitigating risks to downstream communities from flooding and extreme weather. The 1.5 million acres for Greenbelt expansion, identified by the groups, lie outside land already designated for urban development needed to accommodate population growth until 2041 and beyond.

“The Greenbelt needs to expand to give municipalities the help they need to plan for smart development,” says Tim Gray, Executive Director at Environmental Defence. “This map shows where that expansion should go.”

The Advisory Panel is in the process of reviewing the public comments and will file a report with the province in the coming weeks. There will be an opportunity to comment on the changes to the plans during the second round of consultations which is expected to occur in the winter of 2016.

Ontario Must Act to Protect Waterways Within the Greenbelt