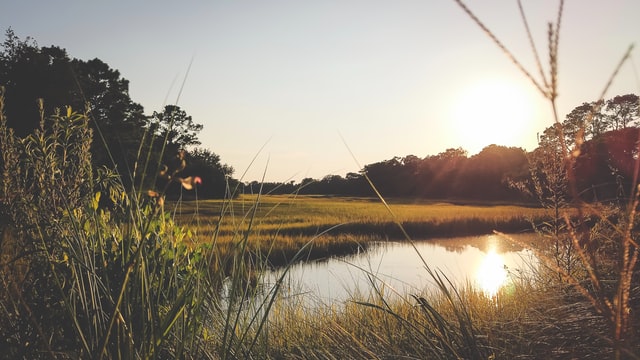 Bradford, ON – On Monday, March 14th, seven environmental and community organizations filed a lawsuit in Federal Court against the federal Minister of Environment and Climate Change, Steven Guilbeault. The lawsuit challenges the Minister’s failure to designate the Bradford Bypass highway project for a federal impact assessment.

The organizations previously made two requests for a federal impact assessment on the proposed Bradford Bypass (or Holland Marsh Highway), which would cut through the Greenbelt, the Holland Marsh provincially significant wetland, and the headwater rivers at the south end of the Lake Simcoe watershed. The federal government turned down both requests. The lawsuit challenges the government’s decision to turn down the second request.

The purpose of the litigation is to hold the federal government accountable for the proper review of the impacts of the proposed highway, which is needed to understand the full impact of the proposed project on vital habitats, wildlife and watersheds in the area. The case for building a highway is thin at best and we must better understand the impacts of the project on natural heritage, migratory birds, fisheries, greenhouse gas emissions, air quality, and First Nations cultural heritage.

“The second request noted that there were significant changes to the context of the project,” notes Bill Foster, Chair of Forbid Roads Over Green Spaces (FROGS) “including a significant decline in popular support for the project, and a seriously weakened provincial Environmental Assessment process that fixes the route based on 1997 information. As a result MTO is now no longer required to consider reasonable alternatives to or alternative locations for this highway. Given the serious impacts to fish in Lake Simcoe, we expected the federal government would intervene.”

Despite the new evidence and strong alignment with the federal mandate to protect biodiversity and mitigate climate change, Minister Guilbeault decided not to designate the highway for an impact assessment, following in the footsteps of the previous minister. The groups argue that the Minister Guilbeault’s decision was based not on evidence, but rather unreasonably deferred to the previous Minister’s decision.

“There are errors of fact in the Minister’s decision that cannot be allowed to go unchallenged” says Tim Gray of Environmental Defence. “For the sake of Canada’s environment and the communities dependent on it, we must make sure that destructive projects, such as bulldozing a super-highway through one of Ontario’s largest wetlands, receive a proper and thorough review.”

“Federal impact assessment can play an important ‘safety valve’ role by ensuring the full extent of environmental impacts are assessed before the project moves forward,” says Ian Miron, lawyer, Ecojustice. “Ensuring that the Minister fully and fairly considers requests for federal impact assessments on their merits is all the more important here, where the Ontario government has recently gutted its environmental assessment laws and policies and has now exempted the Bradford Bypass from any meaningful assessment or public consultation despite the potentially severe impacts of the project on Lake Simcoe, the Holland Marsh, and public health.”

The province of Ontario has just released a Transportation Plan that would essentially wrap the south east side of Lake Simcoe in highways. “We already know that highway crossings create salt hotpots in our freshwater rivers. Lake Simcoe is on a trajectory to reach ocean level salinity in 37 years. This is extremely worrying for our members. We need all levels of government to do better, and we need to know that the federal government will step in when their areas of jurisdiction, like endangered species and climate, will be negatively affected,” says Rescue Lake Simcoe Coalition Executive Director Claire Malcolmson.

“The federal government says it’s committed to mitigating climate change and halting the accelerating loss of biodiversity. Are these just hollow promises?” asks Dr. Anne Bell, director of conservation and education at Ontario Nature. “The need for an impact assessment is painfully obvious in this case – a no-brainer if the government stands by evidence-based decision-making.”

Katie Krelove, Ontario campaigner with Wilderness Committee says, “the federal Environment Ministry agreed to do an impact assessment for Highway 413 based on the presence of endangered species such as the Red-headed Woodpecker. The route for the Bradford Bypass is also habitat for endangered species, so why was it rejected for assessment? These decisions should be based on science, not politics, and this sets a dangerous precedent. That’s why we are going to court.”