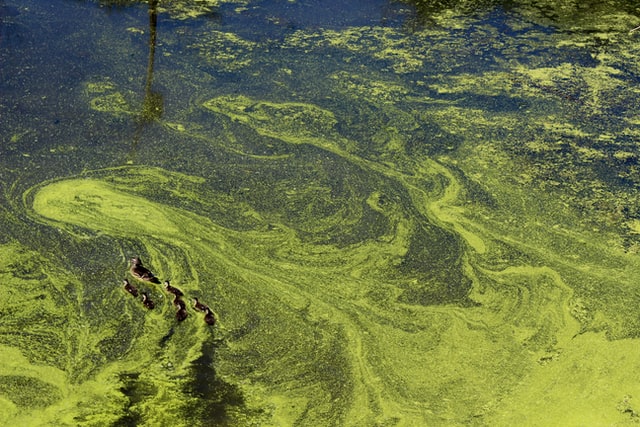 As intense heatwaves grip the United Kingdom, Spain, France and Portugal, at times exceeding temperatures 40C, as well as parts of North America and Asia, lakes around the world are feeling the heat from climate change, which is creating a cascade of ecological and environmental issues.

Northern-most lakes are considered the bellwethers of environmental change, but research shows consequences of climate change can affect any of the more than 100 million lakes in the world.

To get a cohesive picture of how climate change is threatening lakes, Reader R. Iestyn Woolway of Bangor University, Wales, Associate Professor Sapna Sharma of York University, and Distinguished University Professor John Smol of Queen’s University, reviewed and synthesized available studies on freshwater lakes from across the globe.

The research team found that the effects of climate change on lakes are often cumulative. Warmer water temperatures lead to changes in stratification regimes, declines in dissolved oxygen, a higher risk of cyanobacterial algal blooms, as well as a loss of habitat for native cold-water fish. It can affect not only water quality and quantity, but also cultural and recreational activities, and local economies.

“Climate change has far-reaching social and ecological repercussions, but the impacts of climate change, combined with other environmental pressures, are often little understood and the significance of them has not been appreciated at a global level,” says Sharma of York’s Faculty of Science. “There is still much work to be done.”

Warmer air temperatures can impact winter ice cover in the case of northern lakes. Ice loss is one of the most blatant consequences of climate warming on lakes, which can increase winter evaporation rates and water temperatures, and lead to a multitude of physical and chemical effects, including greater salinity. The global mean annual evaporation of lakes is expected to increase by 16 per cent by century’s end. In addition, lower levels of precipitation can also have a significant effect on lake levels.

“The ecological consequences of climate change coupled with the impacts of extreme climate events are already occurring in lakes globally and will continue to do so in the future, often without warning or time to adapt,” says Woolway. “The results of these kinds of changes have been felt in lakes from Algonquin Park in Ontario to Lake Chad in Africa, the English Lake District in the U.K. to Lake Mead in the United States.”

Declines in water levels can be severe in some regions. Historically ranked as one of the largest lakes in Africa, Lake Chad, which borders Chad, Cameroon, Niger and Nigeria, has shrunk considerably because of decreases in local precipitation and discharge from its catchment, as well as increased evaporation.

“Events like an earlier summer season can also cause mismatches in fish spawning and foraging, often with widespread ramifications across the food web. Although a ‘longer summer’ may be welcome to many cottagers and campers, such weather conditions increase the risk of algal blooms, and especially cyanobacterial blooms, which can have far-reaching ecological consequences and even make drinking water toxic,” says Smol.

Some of the effects of climate change are creating conditions where lakes are losing oxygen needed for fish and other aquatic species. This deoxygenation can be made worse by cyanobacterial blooms.

“Algal blooms can block sunlight from reaching the deeper waters and bacterial decomposition of sedimented algae can lead to a decrease in oxygen for deep-water fish and other aquatic life,” says Woolway. “In addition, episodic storms can cause nutrients to suddenly wash into lakes and foster the development of cyanobacterial blooms.”

A decline in the availability of safe drinking water caused by harmful algal blooms is considerably worse when combined with a reduction in water quantity. In 2014, a Cyanobacteria bloom in Lake Erie shut down the water supply in Toledo, Ohio, while a massive toxic cyanobacterial bloom in Lake Taihu, China, shut down the water supply for two million people for a week in Wuxi city

“In Ontario, reports of algal blooms have not only increased, but have been reported as late as November, something that was typically not the case in previous years,” says Sharma. “These blooms could also affect tourism and lakeside property values.”

Seven years ago, Algonquin Park banned overnight camping on remote and nutrient-poor Dickson Lake because cyanobacterial blooms caused health concerns. A sediment-based study determined that these blooms were new to the lake and no comparable events had occurred in the last century, but that’s changing.

“The effects of climate change also interact synergistically with multiple environmental stressors exacerbating problems with water quantity and quality, including salinization, contamination, and the spread of invasive species,” says Smol. “As humans can’t survive without water, a better understanding of how climate change affects lake function is needed along with recognition of early warning signals.”

The researchers hope that recent advances in technology, such as remote sensing and environmental DNA, combined with a move to work beyond traditional silos, will allow for a better understanding of lake responses in the future.

For the United Nations’ Sustainable Development Goal of equitable access to clean water to be realized by 2030, the inclusion of diverse voices from researchers worldwide, including the Global South, and the cross-pollination of ideas across disciplines, will be essential.

Small-Town Ontario Bands Together To Get Storm Ready