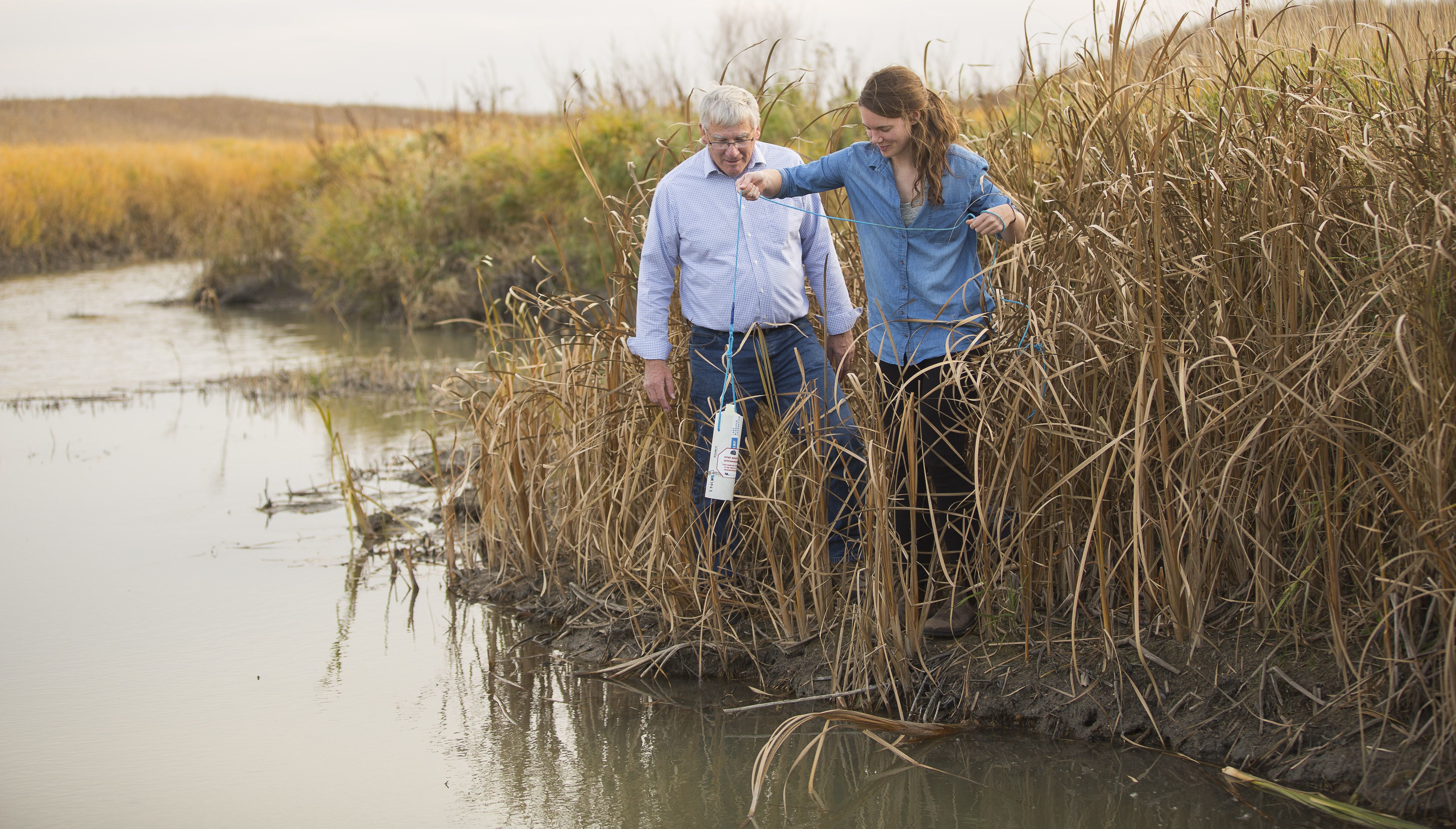 In 2017, LWCBM volunteers and staff collected water samples across southern Manitoba using scientifically vetted protocols. Collected samples are analyzed by a laboratory to measure phosphorus concentrations and determine the amount of phosphorus being exported from the region.

“You can’t manage what you don’t measure,” said Alexis Kanu, executive director of Lake Winnipeg Foundation (LWF). “In order to take effective action to reduce algae-causing phosphorus, we need to understand where the phosphorus is coming from.”

LWCBMN collected a total of 800 water samples from 75 sites in the East-Interlake, Seine-Rat River, La Salle Redboine, Upper Assiniboine River, and Pembina Valley conservation districts in 2017. With support from government partners, LWCBMN data is improving federal and provincial data sets to create a deeper understanding of water quality trends across the province.

All LWCBMN samples were analyzed by LWF’s CBM Co-ordinator in Agriculture and Agri-Food Canada’s Morden Research and Development Centre, with oversight from LWF science advisors.

“LWCBMN data tells us where to focus our time, effort and resources to have the biggest bang for our buck—and create the biggest impact for our beloved lakes,” said Kanu.

With the imminent arrival of the spring melt in Manitoba, LWCBMN is mobilizing for its 2018 field season. LWCBMN’s 2018 goal is to collect 1,500 water samples. The reports are available on the LWCBMN’s website.