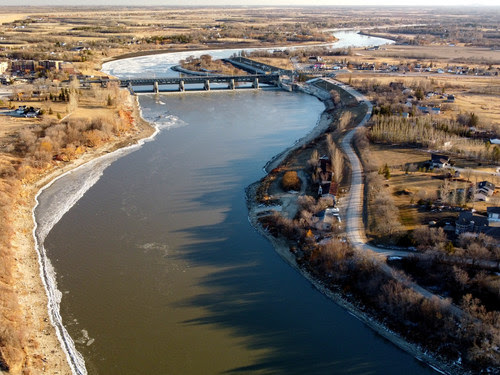 Excessive nutrients such as phosphorus and nitrogen increase the frequency and severity of algal blooms, one of the biggest water quality challenges facing the Red River watershed and Lake Winnipeg.

The Red River travels north from its headwaters in Minnesota and South Dakota, across the international boundary and flows downstream into Lake Winnipeg in Manitoba.

Establishing objectives and targets for phosphorus and nitrogen levels and loads in the Red River, along with the other water quality objectives, allows the IRRWB to identify changes in water quality trends over time; essential information to improve water quality and reduce the occurrence of harmful algal blooms in the basin.

Following work by federal, state and provincial agencies, significant collaboration through the IRRWB and a number of IJC-funded studies which suggested a significant portion of those nutrients entering Lake Winnipeg come from the Red River, the IJC made (in May 2020) the recommendation to governments that they approve these additional nutrients objectives and targets.

“I want to thank both governments for approving the IJC-recommended objectives for the Red River basin. The monitoring of phosphorus and nitrogen is key to limiting excess nutrients in the basin.” – Pierre Béland, Commissioner and Canadian Chair