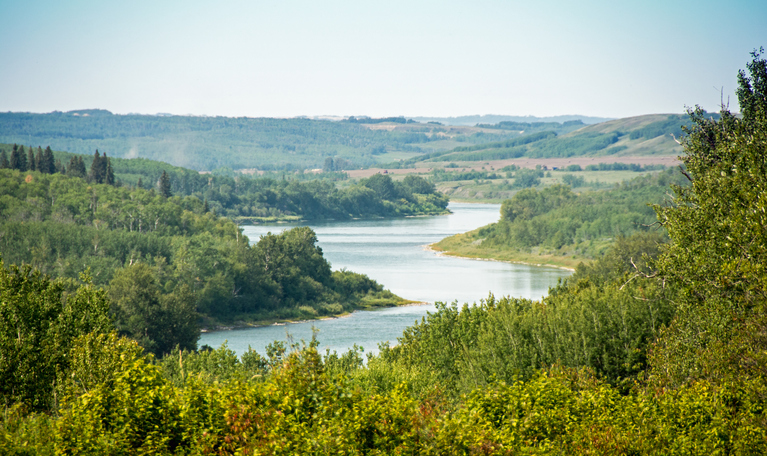 Yellowstone to Yukon Conservation Initiative (Y2Y) has announced  support of a Wildlife Conservation Society Canada report that provides clear scientific evidence for the protection of the Bighorn Backcountry, a key headwaters region on Alberta’s Eastern Slopes. Y2Y has concurred with the report and its recommendation for increased provincial protection for the headwaters region, including the North Saskatchewan River.

The 148-page report titled Bighorn Backcountry of Alberta: Protecting Vulnerable Wildlife and Precious Waters assesses the conservation value of approximately 10,000 square kilometres of unprotected wilderness and how climate change is likely to affect the quantity and quality of water in the North Saskatchewan River, which provides drinking water to one in four Albertans.

The study concludes that the rivers and waterbodies in the region have the greatest potential to provide cooler refugia—key for sensitive species, such as threatened westslope cutthroat trout as the climate warms.

As a result of these findings, Wildlife Conservation Society Canada recommends 6,900 square kilometres of public lands west of the Forestry Trunk Road be designated as a Wildland Provincial Park.

“The Bighorn is a water tower for most of central Alberta. Edmontonians connect directly with the Bighorn every time they turn on their tap, as it provides 88 per cent of the Capital Region’s drinking water,” said Stephen Legault, Y2Y program director for Crown, Alberta and Northwest Territories.

“We endorse the recommendation to protect the core region of the Bighorn as a Wildland Park, and look forward to working with First Nations and community members to determine where protected areas in the forested foothills of the North Saskatchewan can advance Alberta’s commitment to conservation and economic diversification,” he said.

Using a modified Riparian Climate-Corridor Index, a formula for “identifying priority riparian areas for climate-adaptation corridors,” the Wildlife Conservation Society Canada researchers were able to determine that “The Brazeau (1.9 per cent), Clearwater (5.5 per cent), or Red Deer (9.5 per cent) Rivers are less impacted by roads and have broad, braided floodplains. Thus, they are more likely to facilitate unimpeded movements and sustain biodiversity and resiliency at various scales.” The North Saskatchewan River had a score of 100 per cent, indicating its urgent need for preservation in order to avoid the worst climate change impacts on habitat and species.

“The Alberta government is committed to making science-based decisions that consider climate change, so we’re hopeful that this report will help secure a protected designation for the Bighorn,” Hilary Young, Y2Y’s Alberta program manager. “It’s worth noting that the Government of Alberta has identified a number of environmentally sensitive areas within the foothills and boreal forest natural regions east of the Bighorn. These lands also need to be managed in a way that protects ecological values and helps lower-elevation species to thrive.”