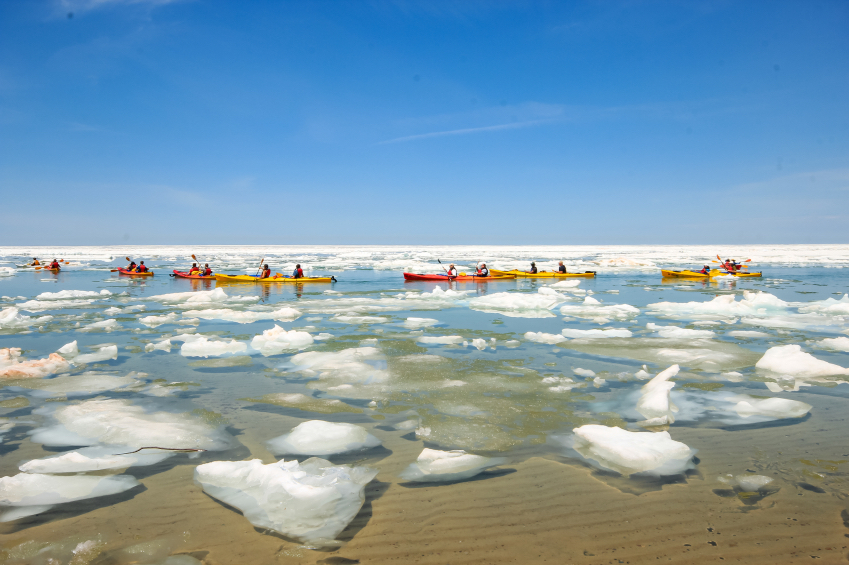 The International Joint Commission (IJC) released a report this week summarizing the progress made to fulfill the recommendations of a 2000 commissions study on the protection of the waters of the Great Lakes from potentially harmful consumptive uses and diversions.

The report found that federal, state and provincial governments in the Great Lakes Basin are making enormous strides towards protecting the Great Lakes from water diversions and managing consumptive uses, and that policy gaps identified by in 2000 have been largely filled.

The new report noted that ongoing management and additional scientific advances will be required to maintain that positive momentum, and recommended that the IJC broaden the Commission’s considerations to include a new recommendation for a binational public trust framework as a backstop to the Agreement and Compact.

The most significant accomplishment since the IJC’s 2000 report was the signing in 2008 of the Great Lakes-St. Lawrence River Basin Compact among the eight Great Lakes states and a parallel agreement among the states, Ontario and Quebec to ban most diversions and exports.

“The citizens of the Great Lakes region have been well served by their governments, who have taken a reasoned and effective approach to stopping water transfers out of the basin,” said Canadian Commissioner Benoît Bouchard. “This is really a model for watersheds all over the world, emphasizing water conservation and stewardship.”

“There is no surplus Great Lakes water, as only one percent of the Great Lakes water supply is renewed each year by rainfall and snowmelt,”  said U.S. Commissioner Dereth Glance. “The IJC applauds the leadership exercised by the Great Lakes states and provinces, and recommends further strengthening of key measures, including water conservation, accuracy of water use data, and using adaptive management to promote resilience under future climate scenarios.”

The IJC recommends that:

The IJC observes that there continue to be large voids between our knowledge regarding levels and flows, and the impact they have on the ecosystem of the basin.  Due to prevailing uncertainties such as those posed by climate change and the sheer threat of the unexpected, the precautionary principle needs to be continually applied by basin jurisdictions to ensure, to the extent possible, adequate supplies for all socio-economic and ecosystem uses for the long term.