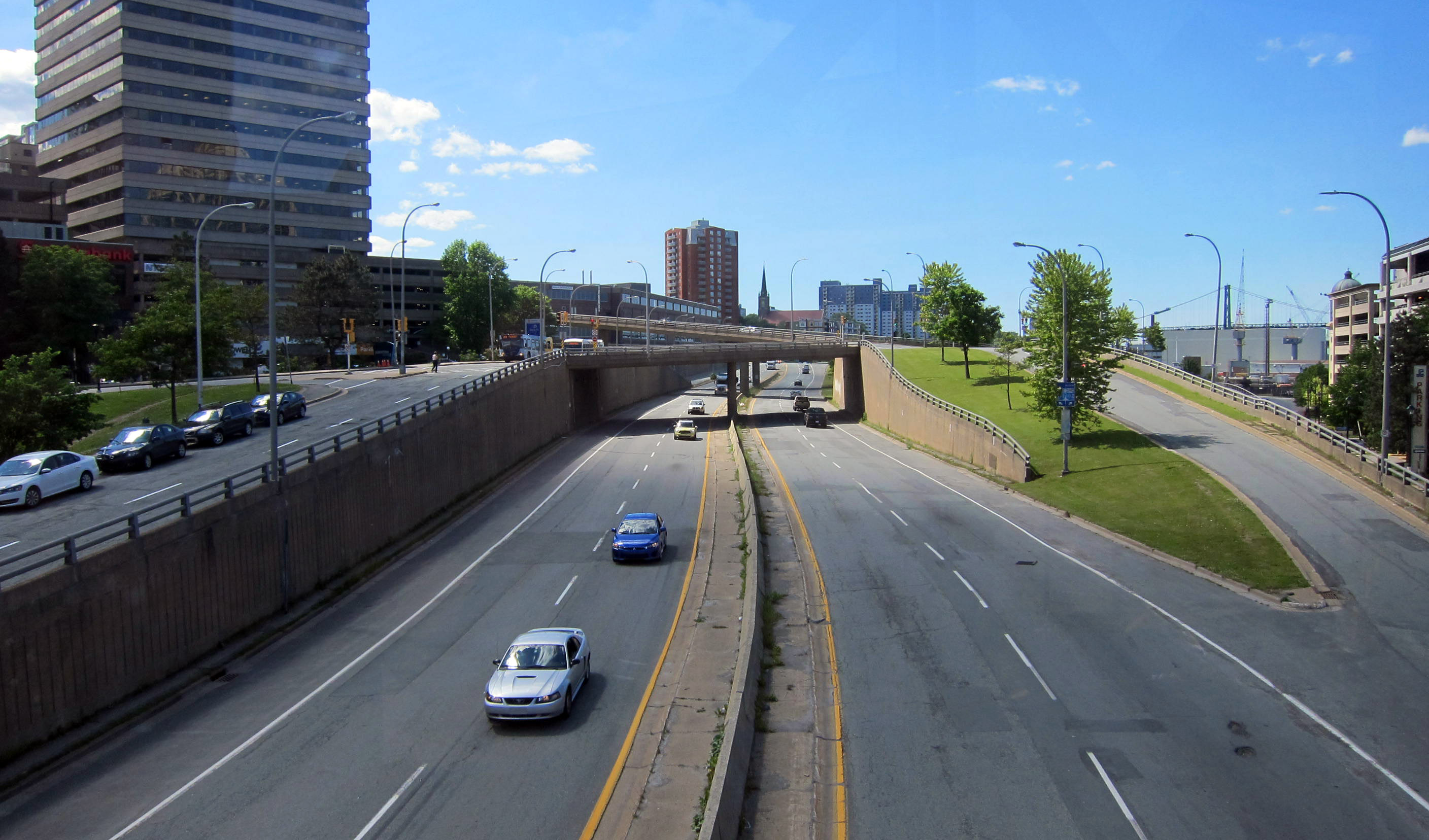 Halifax regional council’s Environment and Sustainability Standing Committee (ESSC) will pursue a mandate that anything built in its Cogswell Interchange redevelopment be powered by energy captured from a nearby wastewater treatment facility, reducing fuel costs and greenhouse gas emissions.

Thermal energy from the Harbour Solutions Wastewater Treatment Facility would be used to power a district energy system (DES), a system that heats or cools water that can then be used to regulate heating, hot water, and air conditioning. According to a 2013 report produced for the Halifax Regional Council by The Strategic Urban Partnership, the wastewater facility generates enough waste heat “to meet the annual energy needs of over 4,200 typical Nova Scotian homes.”

The current Cogswell Interchange, “an underutilized piece of transportation infrastructure” according to the city’s Corporate Real Estate page, is slated for re-urbanization.

The area intended for DES supply is anticipated to have a peak heating demand of 12 megawatts and peak space cooling of 7.8 megawatts. Study of the energy capacity of the effluent for heat exchange found that “even with below average effluent temperature of 10°C (a condition which typically occurs less than 5 days per year) and worst-case dry-weather flow, the effluent still contains 8 MW of heating capacity, based on maintaining a minimum effluent temperature of 6.5°C.” The average heat exchange capacity of the effluent in January would be approximately 22 megatwatts, well above the needs of the six city blocks.

According to a metronews report, “The Cogswell project as a whole still does not have full council approval. That decision is to be made when the final design process for the redevelopment hits the 60 per cent completion mark, which is expected to happen this summer.” And, further to that, “The municipality currently doesn’t have the power to require buildings be tied into a DES, so the committee voted to have staff seek amendments from the province to allow for one.”

As such, Halifax will investigate making the DES mandatory for buildings in the area. DES is a common source of energy in Canada’s urbran centres, including Calgary, Montreal, Toronto, and Vancouver. Halifax Water’s executive summary indicates that in reusing waste heat the “DES can provide a unit of heat with significantly lower fuel inputs and GHG emissions than other heating options.”

Read the executive summary on Halifax’s proposed DES. Learn more about the Cogswell redevelopment on Halifax’s website. Here is the metronews report.