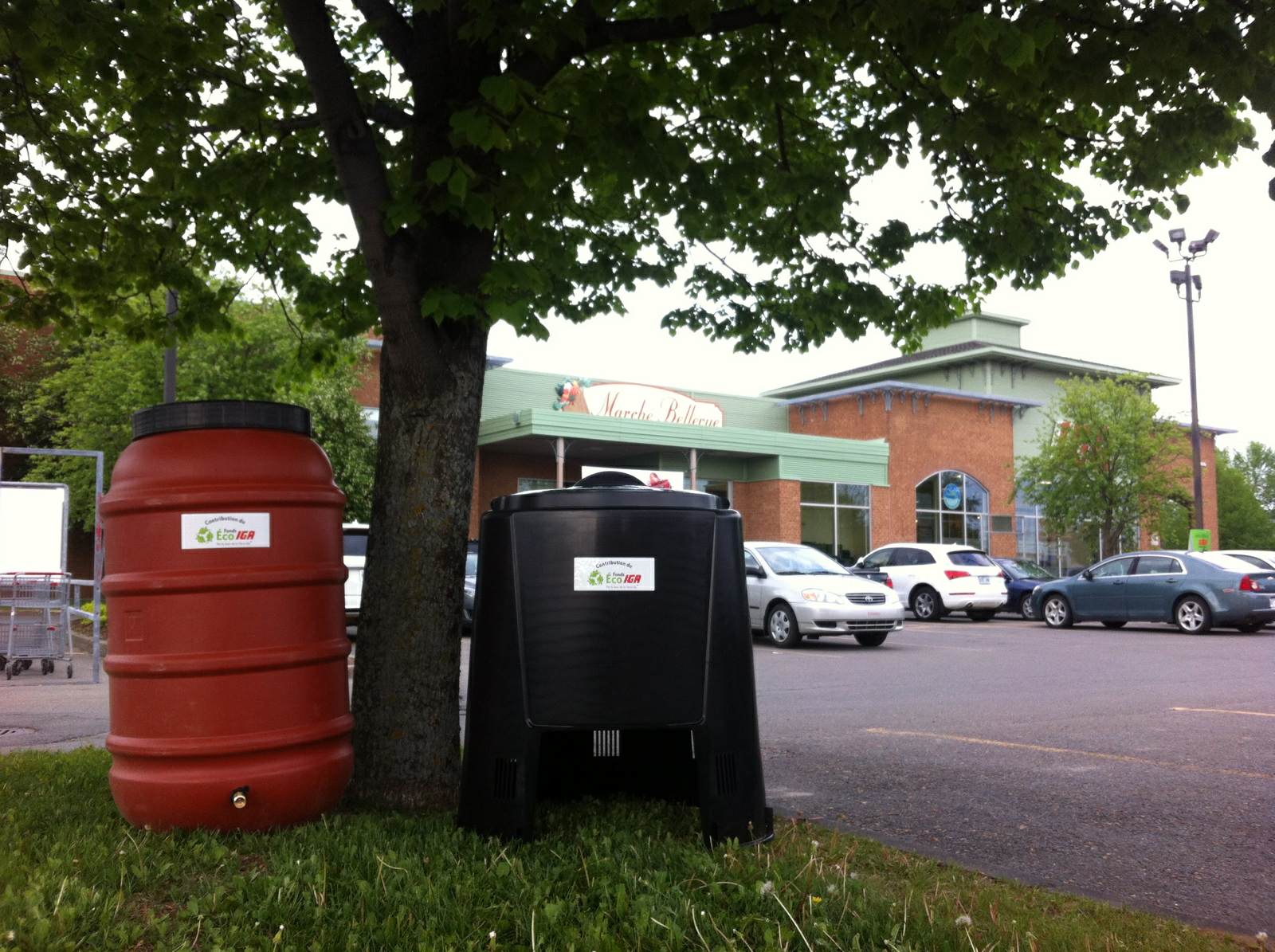 This summer, grocer IGA partnered with Fonds Éco to deliver its Turnkey project, to provide close to 15,000 rainwater barrels or a residential compost bins in Quebec and New Brunswick. The program delivered nearly 10,000 rain barrels to residents.

This distribution has been growing in popularity each year, and the 2016 edition was no exception. Setting a new participation record since the creation of the program, over 31,000 citizens registered for a chance to take home one of the two items for the modest sum of $30.

The company reported that the program has steadily grown in popularity since it was launched seven years ago, and has now distributed over 72,000 rainwater barrels.

The company estimates that up to 46 million litres of drinking water will be saved between now and the end of the summer, equivalent to the amount of water consumed in a day by more than 118,000 Quebec and New Brunswick citizens.

Pierre Lussier, director of Jour de la Terre and Fonds Éco IGA, remarks on citizens’ considerable involvement: “Citizens always seem enthusiastic about the idea of getting a rainwater barrel,” he notes, “and we are pleasantly surprised by their enthusiasm for this year’s latest addition, the compost bins.”

IGA grocers have committed to continuing their involvement with Fonds Éco IGA for a ninth consecutive year.

Beer Made from Reused Water Produced in Alberta