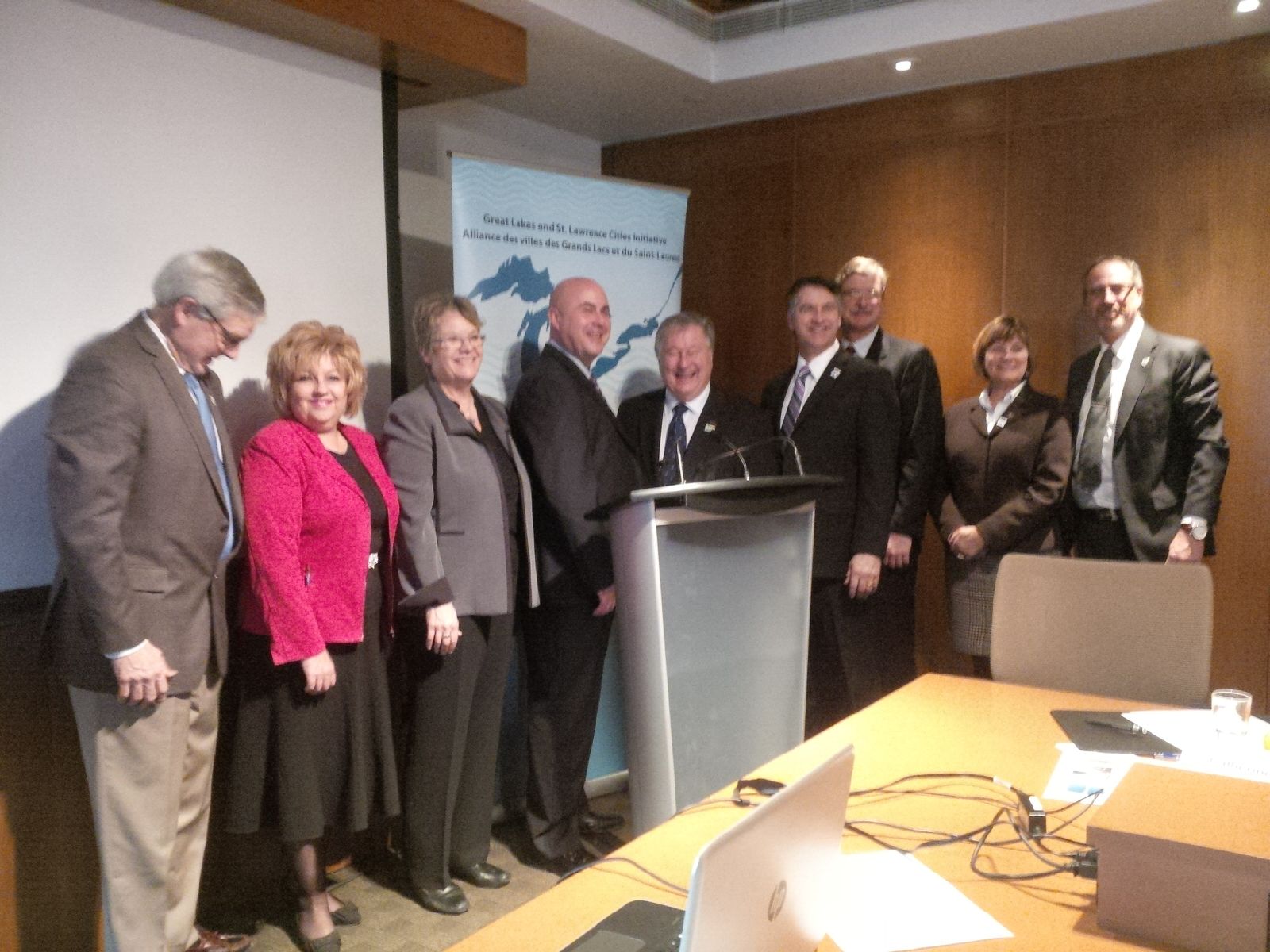 While the negotiations of the 21st Conference of the Parties on Climate Change (COP21) edged closer to an agreement in Paris, a group of Great Lakes mayors returned to North America from a meeting of 446 mayors around the world who have made their own commitment to be part of the solution.

At a press conference in Toronto on Friday, December 11, mayor Denis Lapointe of Salaberry-de-Valleyfield, Quebec said, “We are fully aware of the reality of climate change and the threats it presents to the Great Lakes and St. Lawrence, our cities, and citizens. Intense storms, dramatic changes in water levels, severe algal blooms, and more are things that we are dealing with as mayors on a regular basis.”

Lapointe is one of a group of 31 Great Lakes mayors who have pledged to reduce their emissions by 30 million tonnes of CO2 by 2020. The 31 cities represent close to 14 million people in the Great Lakes basin—part of the Great Lakes and St. Lawrence Cities Initiative, a binational coalition of over 110 U.S. and Canadian mayors and local officials working to advance the protection of the Great Lakes and St. Lawrence River. The Cities Initiative participated with 446 mayors and 640 cities in the Climate Summit for Local Leaders in Paris on December 4th, 2015 hosted by UN Special Envoy on Climate Change and Cities Michael Bloomberg and Paris Mayor Anne Hidalgo. The Compact of Mayors met alongside COP21 to discuss how they can align the data and reporting systems to track and measure their progress.

“With over 50 per cent of the population, cities generate 70 per cent of the emissions, and therefore must be included by national, provincial, and state governments in the problem-solving process,” Lapointe said.

“Our federal Minister McKenna has made that goal very clear, that 1.5 degrees Celsius is the goal—is it achievable? I guess anything is achievable as long and the time, money, and effort is put in. We need the help of upper tier governments to help us along,” said Mayor Randy Hope of Chatham-Kent, Ontario.

“One things we did hear in Paris over and over again was that, if these initiatives are going to be done, they will be done by leaders such as our group of mayors in the U.S. and Canada and all over the world. We fully believe that its going to be the mayors that make the difference.”

Following this press conference, the world leaders at COP21 reached consensus on a climate change agreement that asks all countries to restrict their greenhouse gas emissions for the first time and limits temperature rise to two degrees Celsius from pre-industrial levels.

This article was updated on December 14, to reflect the outcomes of COP21.