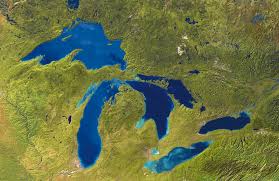 The Great Lakes Commission (GLC) has endorsed a joint action plan to address the growing water infrastructure crisis in the Great Lakes region, including drinking water, wastewater, stormwater, and conveyance.

The plan outlines actions to address a backlog in needed upgrades and repairs to water-related infrastructure in the eight Great Lakes states and two provinces over the next 20 years—everything from wastewater treatment plants to stormwater pipes and drinking-water filtration systems. This backlog is conservatively estimated to cost $271 billion, and many experts believe that figure is a significant underestimate. The plan states that the total monetary need for addressing all clean water infrastructure and services across the drinking, wastewater, and storm water sectors for the binational Great Lakes region is $13.6 billion annually over 20 years.

The GLC plan also calls for a better understanding the state of regional water infrastructure and the true needs to achieve a 21st century system.

Recent drinking water crises in Toledo, Ohio, and Flint, Michigan, have shined a light on the risks of aging and underfunded water infrastructure across the country. The majority of U.S. water systems are between 50 and 150 years old, and costs to maintain and update them are projected to rise steeply if action is deferred. Additionally, billions of gallons of sewage and untreated stormwater are currently released into the Great Lakes each year from outdated and aging infrastructure.

The plan also wisely makes the link between infrastructure restoration and employment, noting that 9.1 million jobs across the binational Great Lakes region are in economic sectors that are dependent on clean water infrastructure and services for their daily operations, and these jobs provide $447 billion in annual wages.

Great Lakes Commissioners were in Duluth for the 2017 GLC Annual Meeting, which took place Tuesday and Wednesday. At the meeting, the GLC also passed a resolution urging government agencies and research institutions to assess whether existing plans, programs and policies are adequate to protect the Great Lakes basin and its residents from the effects of contaminants of emerging concern, including chemicals, pharmaceuticals and microplastics.

The meeting also included presentations and discussions about the effects of environmental cleanup on economic revitalization in their state and across the Great Lakes, navigational dredging, agricultural conservation, and preventing the introduction of aquatic invasive species through Chicago area waterways, and indigenous governance.

The Great Lakes Commission is an interstate compact agency established under state and U.S. federal law and dedicated to promoting a strong economy, healthy environment and high quality of life for the Great Lakes-St. Lawrence region and its residents. The Commission consists of governors’ appointees, state legislators, and agency officials from its eight member states. Associate membership for Ontario and Québec was established through the signing of a “Declaration of Partnership.” The Commission maintains a formal Observer program involving U.S. and Canadian federal agencies, tribal authorities, binational agencies and other regional interests. The Commission offices are located in Ann Arbor, Michigan. Learn more at www.glc.org.