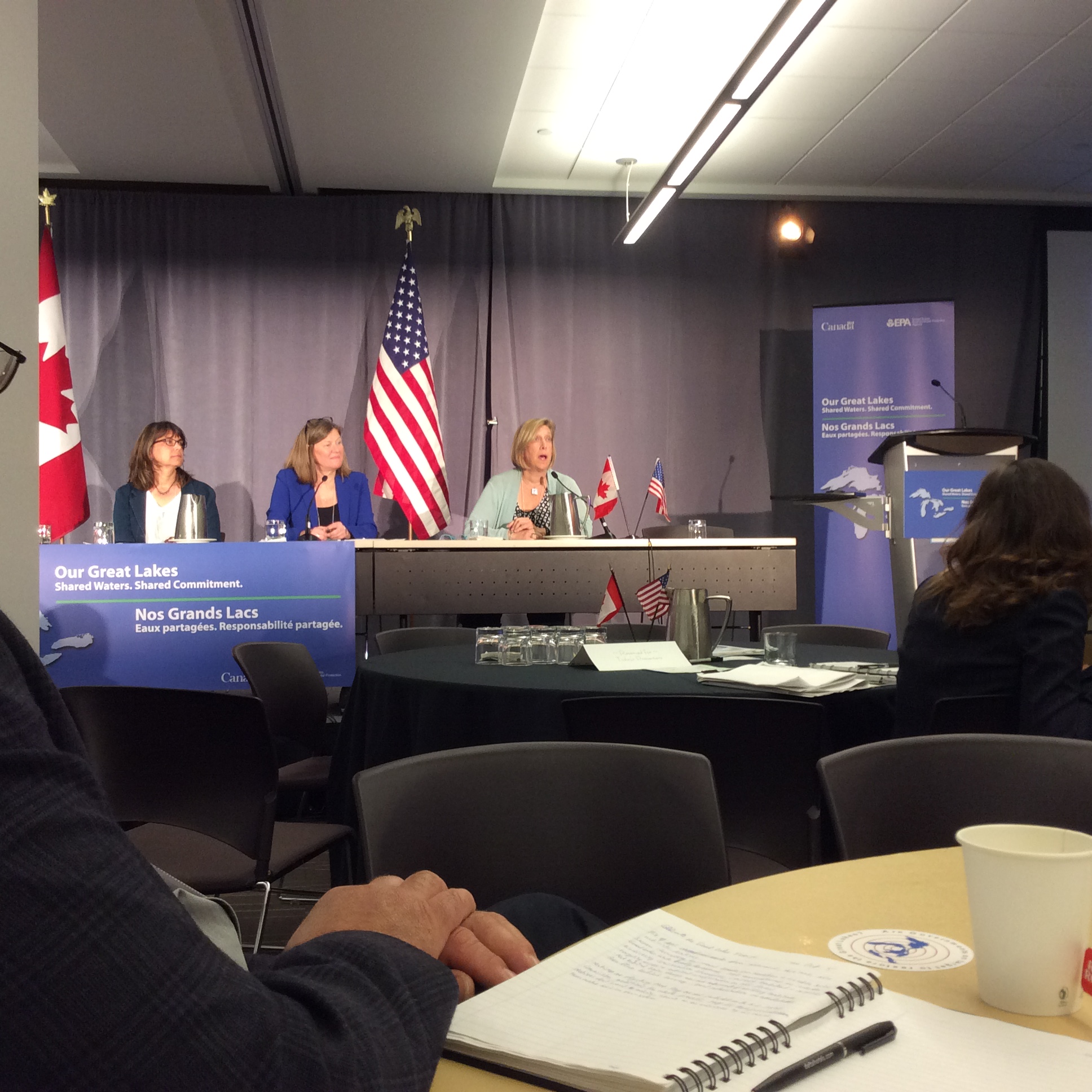 Expressions of support, frustration, and the desire to see faster results were shared by participants of day two of The Great Lakes Public Forum held in Toronto.

The three-day forum (ending Oct.6) is part of a broader effort by the governments of Canada and U.S. and the International Joint Commission (IJC) to engage the public on updates, progress, and future actions pertaining to the bi-national Great Lakes Water Quality Agreement.

Over 200 people attended the Wednesday session. Questions for speakers and comments to be shared with the IJC were provided by concerned citizens, a First Nations chief and community members, one former government employee, as well as leaders from non-government groups active in the Basin.

Participation was accepted via email, video feed, social media, and community meetings—representing a significant increase in the level of engagement options offered when compared to GLWA consultation of the past.

A chief from the Ojibway Nation living in close proximity to Lake Superior expressed his concern over the organizers legal right to assert management rights of the lands and waters in Lake Superior (Kitchigami).

Mark Fisher, CEO of the Council of the Great Lakes Region, asked the presenters about their technical studies on the physical factors in the lake that are contributing to phosphorus loadings, and whether the research considered isostatic rebound as a contributing factor.

Dr. John Carey, a former Environment Canada employee with the Science and Technology Branch, said, “Up until 2010 I was involved with some of these folks […] I suffered through some of these meetings in the past and wondered why we weren’t being more successful at getting progress. We came to the conclusion that we weren’t engaging local groups that are fundamental to making progress.” Carey added, “I think we have made a huge step in taking a systems approach to engage groups at the local level.”

Mike Wilton Algonquin EcoWatch requested clarification about whether there exists any regulations pertaining to the proper treatment and disposal of Greywater (from showers and dishwashing) or bilge water (that collects in the bottom of the hull) of commercial and small watercraft.

The Great Lakes Water Quality Agreement (GLWQA) is a formal international agreement, first signed in 1972 by Prime Minister Pierre Trudeau and President Richard Nixon, and updated in 1978, 1987, and 2012. The Agreement commits Canada and the U.S. to address a wide range of water quality issues facing the Great Lakes and the St. Lawrence River.

Under the new Agreement, the IJC is required to report every three years on progress toward meeting the Agreement’s objectives.