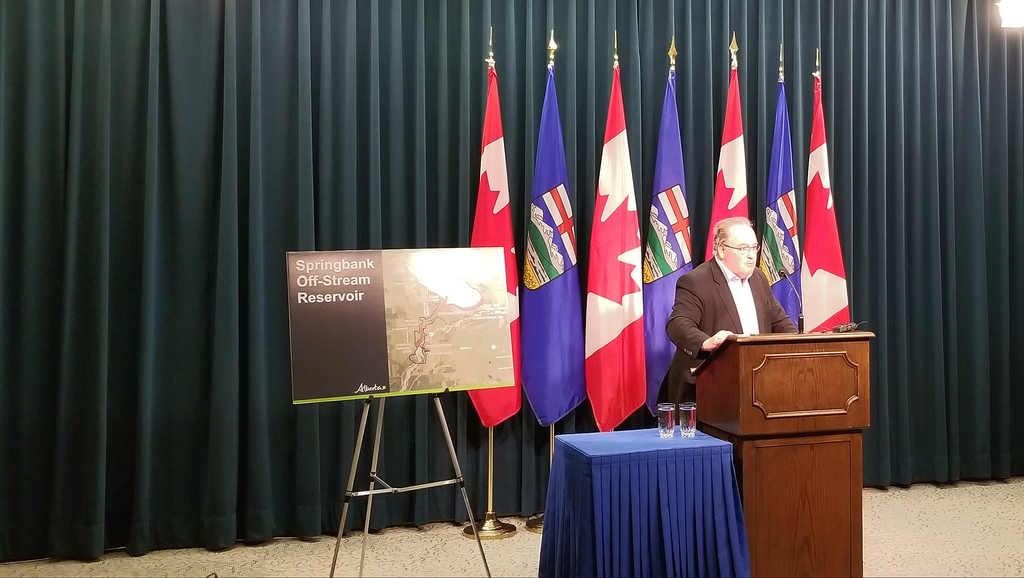 The Springbank Off-Stream Reservoir (SR1) is another step closer to construction after the province acquired 465 acres of land needed for the project.

The Government of Alberta has reached an agreement with the Robinson family in Springbank, and has now acquired roughly 20 per cent of the land required to build the reservoir project.

“Whenever floods or fires have tested us, we Albertans have always looked out for one another,” said Brian Mason, Minister of Transportation. “The agreement we have signed will help protect people and families in Calgary from a devastating flood, like the one we saw in 2013. We know this decision was not easy for the Robinson family and we want to thank them for taking this step which will serve to protect their fellow Albertans.”

When completed, the project will work in concert with the Glenmore Reservoir in Calgary to contain the same volume of water that resulted in the 2013 flood. This will help protect both the people of Calgary and the prosperity of the city, as it’s estimated a similar flood would cause $700 million in damages, with billions more at risk from backflow flooding.

The agreement also includes the relocation of a heritage building that has been in the Robinson family for a century. It will be moved from the current land to the future site of the Robinson ranch so it can be protected and preserved for generations.

“The Government of Alberta will now be closer to building the flood protection required for Calgary and other downstream communities,” said Ryan Robinson, Springbank resident and land sale signatory. “Our family can move forward and focus on the future of our operations in Rocky View County. This agreement creates the certainty our family needs to ensure a future for our children and grandchildren, as well as for the many employees of our operation.”

The province continues to consult with other Springbank landowners with the goal of successfully completing voluntary land agreements with all landowners. Discussions and meetings are ongoing with the landowners, First Nations, including the Tsuut’ina Nation, and Rocky View County.

The footprint of SR1 is about 3,870 acres. SR1 would be capable of containing 70.2 million cubic metres of flood water.