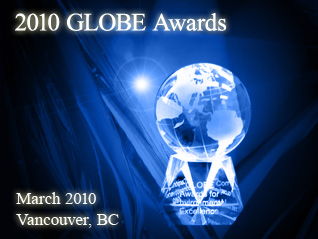 Nominations for the 2010 GLOBE Awards are now being accepted. The awards will be presented next March during the GLOBE 2010 Conference and Trade Fair on Business and the Environment to be held in Vancouver from March 24-26, 2010.