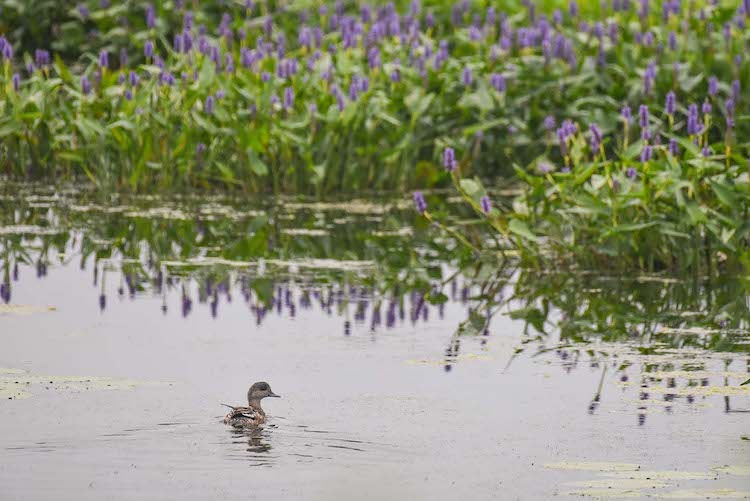 Fredericton, GNB – The provincial government is investing $350,000 in a project that aims to conserve and restore wetlands along the lower Saint John River and mitigate the effects of climate change.

“Our government has made it clear, protecting and preserving New Brunswick’s natural areas is a priority,” said Natural Resources and Energy Development Minister Mike Holland. “This includes wetlands. Not only do wetlands provide important habitat for waterfowl and wildlife, but they also play a key role in increasing the province’s resilience to climate change.”

The funding will enable Ducks Unlimited Canada to enhance 63 conservation areas along the lower part of the river valley, which frequently experiences major spring flooding. Projects will involve rebuilding and repairing earthworks and water control structures.

“Thanks to the Province of New Brunswick’s generous contribution, we will continue to invest in the Wolastoq, one of the most culturally and ecologically significant habitats in Atlantic Canada,” said Adam Campbell, Ducks Unlimited Canada’s manager of provincial operations in Atlantic Canada. “We look forward to collaborating with local partners and communities – from municipalities to First Nations – on this crucial conservation work.”

The funding supports a larger Ducks Unlimited Canada initiative, Wetlands for the Wolastoq, which aims to restore 1,900 hectares of freshwater wetland habitat in the area over the next 10 years.

Funding is being provided through the Climate Change Fund.

The government’s Climate Change Action Plan recognizes the value of wetlands in protecting communities and critical infrastructure from the effects of climate change. Wetlands store greenhouse gases and absorb water in times of flooding and release it during drought periods.