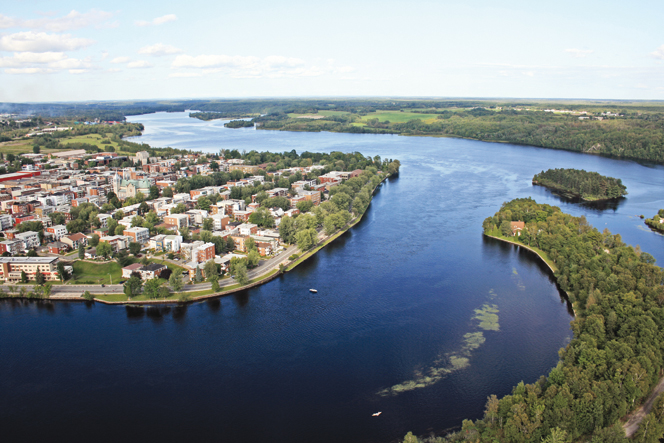 The governments of Canada and Quebec have announced $48 million for projects to maintain water systems and ensure their ongoing efficiency in the City of Shawinigan.

Julie Boulet, Quebec Minister of Tourism, Minister Responsible for the Mauricie Region and Member of the National Assembly for Laviolette, Pierre Giguère, Member of the National Assembly for Saint-Maurice, and Michel Angers, Mayor of Shawinigan, participated in the official ground-breaking ceremony marking the continuation of work to upgrade the City’s drinking water infrastructure.

“The Government of Quebec is proud to support water projects, such as the one starting today, that improve public services at the municipal level. Our support for this project demonstrates our commitment to improving the public infrastructure that is essential to enhancing the quality of life of citizens for years to come,” said Pierre Giguère, Member of the National Assembly for Saint-Maurice.

The $48 million in joint financial assistance from the governments of Canada and Quebec is a part of the Major Infrastructure Component of the Building Canada Fund‒Quebec. The City of Shawinigan is investing more than $16 million for a total government and municipal investment of more than $64 million.

“The citizens of Shawinigan made it clear that they wanted their drinking water to continue to be drawn from Lac des Piles and Lac à la Pêche,” said Michel Angers, Mayor Shawinigan. “In 2014, the provincial government agreed to this request and at this point, we were able to sit down with the federal and provincial governments to determine the right financial package. Today, we are officially breaking ground to make these upgrades a reality.”

To meet the requirements of the Quebec Department of Sustainable Development, Environment and the Fight Against Climate Change, the City of Shawinigan is starting the construction of two new water treatment plants this year, one for water drawn from Lac des Piles and the other for water from Lac à la Pêche.