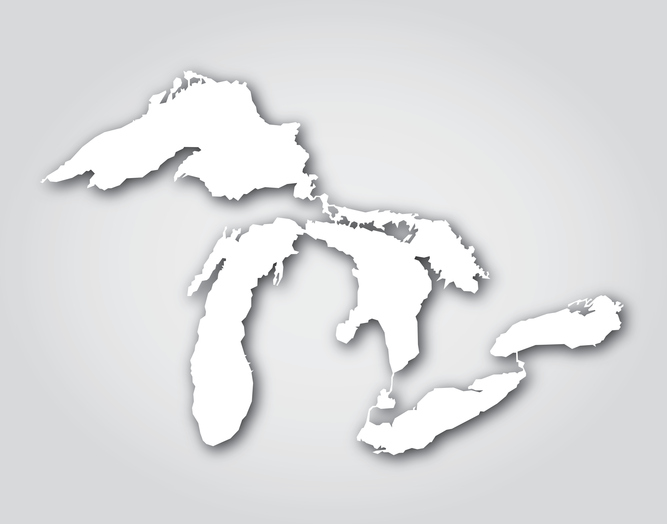 The first was the State of the Great Lakes 2017 Highlights Report, providing an overview of conditions in the Great Lakes. The overall assessment is that the state of the lakes is fair and unchanging since the last assessment in 2011. Key areas of concern remain with respect to nutrient management and invasive species, while the status of fish consumption and the amount of toxic chemicals have had marked improvement.

However, there is some concern for fish consumption levels, such as in Erie and Huron where “PCBs and mercury have remained stable or are slightly increasing.”

A notable upturn are improvements in managing invasive Sea Lamprey. Their “abundance has been reduced significantly in the five lakes through active, ongoing, and basin-wide control measures.” But the impact of their presence is still severe, and other invasive species continue to pose threat to the ecology of all five of the lakes. Dreissenid Mussels remain an ongoing concern for lakes Michigan, Huron, and Ontario.

The invasion of Dreissenid Mussels is also impacting nutrient and algae management in the lakes, “Warmer temperatures, higher frequency and intensity of precipitation events, and invasive species, in particular Zebra and Quagga Mussels, are confounding factors in the cycling and uptake of nutrients in the lakes.” Nutrient management is a complex challenge and while Lake Erie faces eutrophication (excessive nutrients), other parts of the offshore regions of the Great Lake have, “nutrient concentrations [which] may be too low in some areas, resulting in insufficient growth of key phytoplankton species which form the base of the food chain.”

The second report released by ECCC and the EPA addressed the climatological factors impacting the lakes and the region in a Quarterly Climate Impacts report. With the Great Lakes basin receiving 126 per cent of average precipitation has resulted in Lake Ontario having water levels 82 cm above average, the highest since recording began in 1918. The report also noted, “All the other lakes were at least 22 cm (8.7 in) above average and all were higher than they have been since at least 1998.”

Going forward, “All lakes are estimated to stay well-above average levels through the summer, even if dry conditions occur.” And on July 13th, the hazardous algal blooms predictions will be released by the U.S. Department of Commerce’s National Oceanic and Atmospheric Administraiton. Follow updates on the Canada-United States Collaboration for Great Lakes Water Quality via https://binational.net/