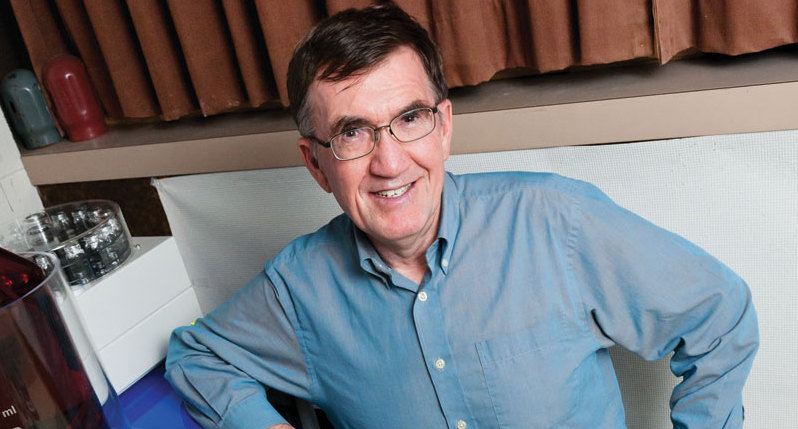 The future is notoriously difficult to predict. But if the past is anything to go by, the coming decades could bring a lot of change. Since the early 1980s, worries over chlorine by-products have been replaced by Giardia and Cryptosporidium concerns. Ultraviolet disinfection and membrane filtration have also emerged on the scene. Meanwhile, tragedies like Walkerton focused attention on source control and operator training.

So what might the next 35 years hold? Peter Huck, chairholder in water treatment with the Natural Sciences and Engineering Research Council of Canada, and Peter Gleick, president and co-founder of the Pacific Institute, pinpointed five key trends.

Get ready to reduce your reliance on chlorine. Huck said he foresees municipal treatment following the lead of industry, where membrane filtration is supplanting chemical treatments.

New sensor and monitoring technology, coupled with data transmission and analysis, could help us respond more efficiently to problems in distribution—the least robust component of the system, according to Huck. “It’s going to be much easier to install in-situ monitoring devices at various points in the distribution system and measure water quality for a couple of key parameters in real time,” he said.

Better monitoring technology also means we’ll be able to detect more contaminants. Some may be new contaminants; others we simply weren’t able to measure before. That will mean updating water quality laws, Gleick predicted—and taking a different approach. “We have to move from a narrow, linear, single-contaminant thinking to thinking about multiple contaminants and synergistic effects and non-point-source problems,” he said.

Meanwhile, as urbanization trends continue, distribution networks will become longer and longer. Under our current model, each new subdivision development extends pipelines farther from a central treatment plant, increasing the risk of something going awry along the way.

How will we ensure safe water for sprawling cities? Huck said he envisions decentralized treatment. “We’ll do partial treatment at an existing treatment facility and then additional treatment closer to the point of consumption,” he explained. “And this will do away with a lot of distribution system water quality issues.”

A decentralized approach may also help municipalities implement dual water systems: one for potable water and one for cleaning streets, watering gardens, flushing toilets, and so forth. While all water would be treated at the main plant, only drinking water would get an extra dose of treatment before it reaches the kitchen tap. According to Huck, dual systems would reduce the costs for treatment facilities and shrink their energy footprint.

Gleick said water planners aren’t prepared for extreme weather. “We built our water systems under the assumption that tomorrow’s climate was going to be the same as yesterday’s,” he said. While we may not know how exactly climate change will play out, Gleick said he believes we know enough to prepare for the changing dynamics of our hydrologic system.

As the frequency and intensity of storms grow, so will the risks of flooding and runoff. That raises two issues. First, will water treatment plants be prepared to handle the extreme changes in source water quality created by significant or sudden rainfall? Second, is the plant itself vulnerable? Flood-proofing your facility could mean everything from relocating sensitive equipment to upper floors, building barriers around the plant, or, in extreme situations, moving the entire facility somewhere safer.

Water availability will be another major factor. Changes in rainfall, snowfall, and snowmelt patterns will affect the flows in local watersheds. Meanwhile, increasing demand from farms and cities will overstretch the system as prolonged droughts become commonplace across much of Canada. Climate shifts may also bring long-term changes in baseline water quality, such as increases in total organic carbon.

The bottom line? Huck said we need robust water systems that can deal with sudden changes and compensate when weaker parts of the system are threatened. If there’s a decline in source water quality, for example, we need to be able to beef up treatment. In times of drought, we need better water recycling measures.

Shortfalls in availability will require tapping into other sources of water. That could mean more stormwater capture, rainwater harvesting, and wastewater reuse, particularly in more populated areas like Southern Ontario. “Treated wastewater can be used for all sorts of things, up to and including potable drinking water,” Gleick said. “Treated wastewater is an asset. It’s a new source of supply.” Right now, the biggest challenges to reuse aren’t technical. What’s holding us back is public perception and, to a lesser extent, legal restriction.

On the demand side, we’ll need water protection laws, Gleick said. Take the steel industry in the United States as an example. In the 1920s, manufacturers used 200 tonnes of water to make one tonne of steel. New laws prohibiting the dumping of wastewater into rivers and streams changed the way the industry did business. Today, it takes just three or four tonnes of water to produce a tonne of steel. “If we can satisfy our demands with less water, we reduce the pressure on our ecosystems,” Gleick said.

Although the future holds significant challenges, Gleick is confident we’re up for it. “We live in a period of time when different innovative ideas are being explored, where a lot more attention is being given to water than 10 or 20 or 30 years ago,” he said. “I think we’re moving in the right direction.”  WC

Josh Martin is a freelance writer based out of Waterloo, Ontario. This article appears in Water Canada’s January/February 2015 issue.