Since news of lead-poisoned drinking water in Flint, Michigan emerged in 2015, the water sector has kept it top of mind. A growing body of evidence suggests that what seemed like an isolated incident of mismanagement is relevant to water utilities across North America.

The State of Michigan has been a leader in establishing requirements for utilities facing this issue. It has enacted legislation mandating lead testing protocols and even implemented a requirement for municipal systems to identify and plan for the replacement of all lead service lines in the state. Facing similar challenges, Canada can learn a lot from Michigan’s experience.

One key factor in tackling the issue of lead in drinking water that can save organizations time and money is correct identification of existing lead service lines. The machine learning techniques used to predict Flint’s lead service line numbers and locations saved tens of millions of dollars and reduced the public health risk. The same methods have similar application opportunities elsewhere.

Although Canada restricted the use of lead in water pipes in 1975, there are still plausibly over 500,000 lead service lines in the country’s water supply, according to testimony before a 2017 federal parliamentary committee.

Lead exposure is a serious public health concern, especially for children. The Canadian government lowered the acceptable threshold for lead in drinking water from 0.01 mg/L to 0.005 mg/L in 2019, and most pediatricians (including an expert that testified before the 2017 parliamentary committee) say that there is no safe level of lead for children.

Replacing service lines is expensive, and another problem looms: utilities often do not know how many lead pipes there are or where they are located. 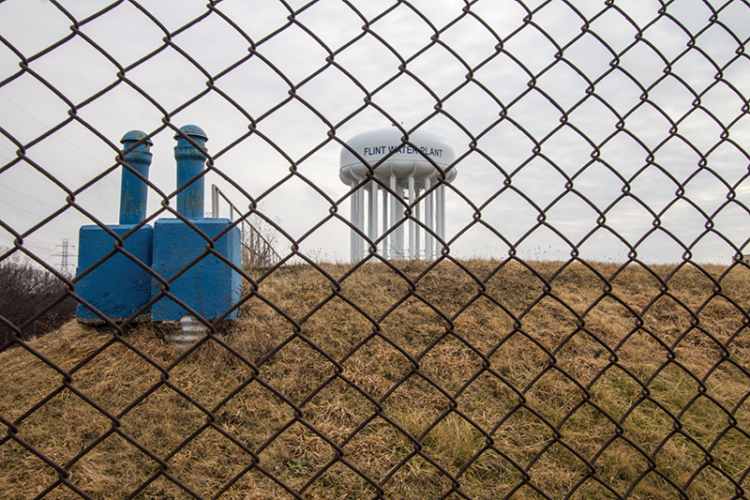 As Canadian utilities work to meet new lead regulations and respond to increased public awareness of lead in drinking water systems, looking at the lessons learned from Flint will help Canadian utilities get ahead of the game, improve water safety in their communities, and potentially save millions of dollars.

There is no nationwide inventory of lead service lines, and even water utilities themselves may not know which lines are likely to contain lead. Incomplete, outdated, or simply nonexistent records can make the issue of where to look for these lead lines, or even how many exist, formidable.

University of Michigan researchers developed a machine learning model that uses utility and parcel-level data to develop a more accurate service line inventory and calculate the probability that a given service is connected with a lead line. Parcel level data points that were informative in Flint included land value, year the home was built, nearest fire hydrant type, and historic service line records. As pipes are dug up and more data is accumulated, the model updates accordingly and yields more accurate results.

This model was used during the Flint, Michigan water crisis to prioritize high risk areas for service line replacement. Flint’s water service line records were largely unreliable, meaning the City could not say how many lead pipes existed, nor where they were.

Flint’s original estimate for the proportion of lead service lines was 10-20 per cent, but after following the researchers’ advice to visually verify pipe materials at a representative set of homes, that number jumped to approximately 50 per cent. Now, four years and 20,000 excavations later, the true proportion of lead water lines is over 48 per cent, bolstering the accuracy of the predictive model.

Flint began using the predictive model to guide replacements in September 2016, yielding a hit rate of about 80 per cent. Despite these impressive results, a consulting firm that took over the replacement effort in 2018 ignored the model.

During 2018, they performed 10,000 digs and replaced only 1,500 lead pipes (a hit rate of 15 per cent). This quadrupled the City’s cost per successful replacement. A U.S. federal court mandate ultimately required the City to use the model again. As a result, the hit rate has steadily increased since early 2019 and is now close to 70 per cent.

Tim Kruse, eRIS product manager for Eramosa Engineering, James Reyes, the vice president of global sales and marketing at Aquatic Informatics, and Ian Robinson, the managing director at BlueConduit. Read the full article in the May/June 2020 issue of Water Canada.

Change to the Drinking Water in Thunder Bay Coming Soon