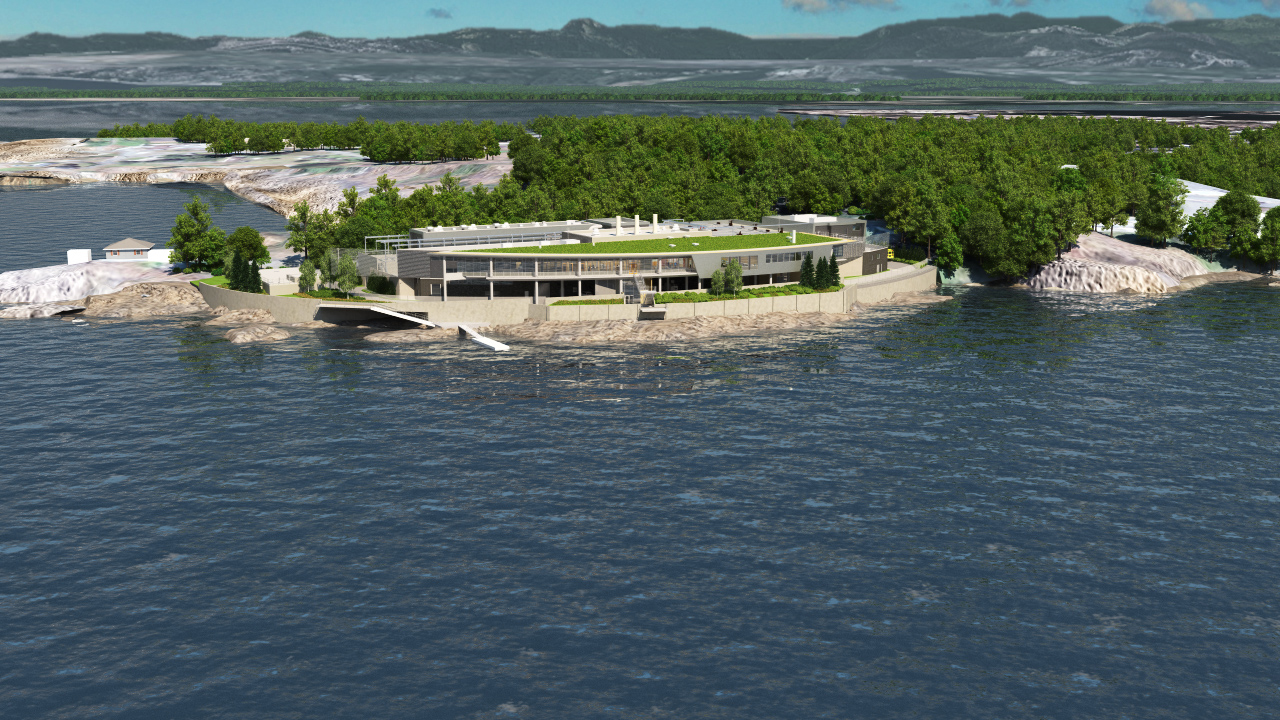 The Capital Regional District’s (CRD) attempt to build a Vancouver Island wastewater treatment plant has become a bureaucratic debacle as messy as the sewage it is trying to clean up.

In 2006, the province of British Columbia mandated the Core Area Liquid Waste Management Committee to oversee waste management and make recommendations to the board. Since then, local residents, politicians, academics, and climate scientists have been sharply divided over the CRD’s course of action regarding Greater Victoria’s sewage. The CRD voted in favour of a centralized system of secondary sewage treatment, but critics insist other options need to be investigated, with greater consideration for climate change and resource recovery. Some B.C. oceanographers argue that treatment itself is an unnecessary expense. The region’s sewage is currently diluted and funnelled, untreated, into the deep, fast-flowing currents of the Juan de Fuca Strait.

After the final selection of McLoughlin Point as the location of a future facility, the CRD’s plans came to a standstill with Esquimalt’s refusal to rezone the area so a wastewater facility could be built. The CRD reached out to the provincial government to seek enforcement of the rezoning, but Environment Minister Mary Polak and Community, Sport, and Cultural Development Minister Coralee Oakes refused to get involved. Polak said municipal consensus on wastewater treatment is “not something for the provincial government to dictate.”

Plans for sewage treatment in the region have a long history of political gridlock. Vic Derman, Saanich councillor and CRD director, said that throughout the eight-year process, limited options were considered and seemingly only those that were centralized and built on top of existing CRD pipes. “I made a big push at the start, saying, ‘This should be a wide-open process,’” he said. “We should be looking at maximizing environmental gain and resource recovery in particular, and responding to climate change, and that all ideas should be able to come forward. I don’t think that ever happened in the process.” A preliminary study of the benefits of a decentralized system was conducted in 2009, but Derman insisted that the costs it projected were “way out of line” compared to the actual cost of similar projects in other North American cities.

Many sources close to the project declined to comment or wished to remain anonymous, though supporters of the CRD’s original secondary treatment plan are equally frustrated with the project’s stagnation. “No plan is perfect,” said Thomas Tiedje, dean of engineering at the University of Victoria. “Improvements are always possible, but if you need to treat sewage, you have to make a decision and get on with it. You also need to trust the people you hire.”

Some suggest the political indecision over Greater Victoria’s wastewater management points to issues within the CRD itself. Supporters and critics of the board’s plan spoke to the CRD’s loss of credibility in the public eye. Tiedje believes that bureaucracy is part of the problem. “The CRD has too many small municipalities, too many politicians,” he said, adding that perhaps amalgamation of the Greater Victoria region could help. A source who wished to remain anonymous countered that, regardless of amalgamation, the location of the wastewater treatment plant would still be controversial.

Each municipality is represented in the CRD proportionate to its population, though Derman points out this sometimes results in decisions unfavourable to smaller municipalities. “At times, the majority of municipalities comprising the core area have been against it, but representation on the committee is based on population, and Saanich and Victoria have, between them, nine members. So they can pretty much vote something through just by themselves,” he explained.

The current plan, as it stands, is back to the drawing board, with the aim of finding a solution that area residents and politicians can agree on. At a CRD meeting mid-June, the decision was made to pursue a multi-pronged approach in finding a solution to Victoria’s wastewater dilemma. The CRD intends to continue to pursue McLoughlin Point through discussions with Esquimalt residents, offering greater compensation and tax breaks in exchange for the site. At the same time, a study has been commissioned to explore other treatment options, such as a decentralized system and tertiary treatment. Seaterra, the body mandated by the province to oversee the sewage treatment plant’s implementation, has put procurement processes on hold, though a spokesperson said they will continue to assist the CRD in planning and siting for the project.

It remains to be seen whether these efforts will bring forth an agreeable option. Esquimalt mayor Barb Desjardins has already told the Times Colonist that the CRD’s recent tax break offer is “insulting.” Derman, however, is hopeful about the prospects of these measures. “It’s a chance for the CRD to regain credibility,” he said. “I’m hoping this is an opportunity for the CRD to get on track […] and do this proposal justice.”  WC

Katie Yantzi is a freelancer and publishing professional living in Toronto. This article appears in Water Canada’s July/August 2014 issue.