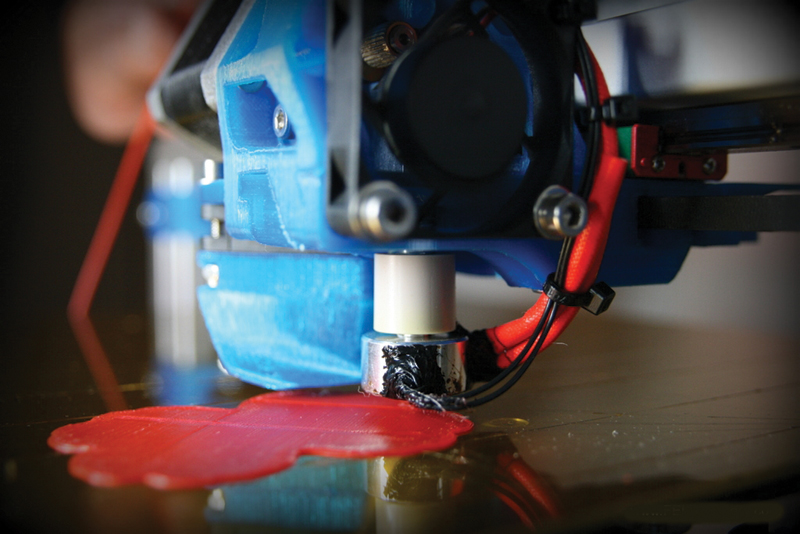 From microcell batteries to prosthetics to Iron Man suits, 3D printers continue to churn out an amazing range of conceptual and functional items. Yet, decades after their introduction, 3D printers are only just trickling into the Canadian water industry, finding use in what seems to be only a handful of R&D departments, where they are being used mostly to create prototype models. Though adoption is moving slowly, several companies report they are investigating the use of this technology and may be making purchases in the near future. As interest grows, will manufacturers find that 3D printers have the capabilities to meet the quality, performance, and regulatory demands of the water industry?

“Within five years, 3D printing will be part of manufacturing all over Canada,” predicts Dr. Farzad Rayegani, director of the Centre of Advanced Manufacturing and Design Technology and associate dean of the School of Mechanical and Electrical Engineering and Technology at Sheridan College. Earlier this year, the Toronto-area college became Canada’s first post-secondary institution to acquire a state-of-the-art 3D printer as part of a $1-million investment aimed at training the next generation of manufacturing professionals.

Though 3D printers are still largely used for making prototypes, Rayegani says the plastics used by 3D printers can be the same grade as production plastics and behave exactly the same way. “We can now make functional prototypes to check function, fit, and operation,” he says. The printers can also produce complex shapes that could not be made in conventional ways. In some cases, he says, these shapes can be printed in one piece, eliminating the expense and time to cast and assemble individual components through a conventional process.

See also  A Measure of Progress

GE Power and Water is one company using 3D printers for functional prototyping and is increasingly turning to the devices for its product development programs. According to Yuvbir Singh, general manager of engineered systems at GE Power and Water, 3D printers are in use at GE facilities in Canada, Hungary, and China (and soon in the United States). “Our focus today is not to use it in a production environment,” Singh says.  “What we use it for is prototyping, conceptual design, and early-stage validation.” There is potential for the technology to be used for some manufacturing, he adds, but only once more is learned about costs, quality, and types of materials.

Singh says the in-house 3D printers provide several advantages, including the ability to make parts in just a few hours, make tweaks on the fly, make prototypes faster, test faster and reduce cycle times for new product introductions. “You can go with several permutations and combinations instead of sticking to one,” he says. Initially, GE used its 3D printers to make parts for its ultrafiltration product line but is now making components for reverse osmosis and other filtration products.

In contrast to GE’s expanding use of 3D printers, most companies exploring additive manufacturing are just scratching the surface, according to Richard Smeenk, president of Uxbridge, Ontario-based Agile Manufacturing Inc., a supplier of 3D printers and associated services. He says there are several types of 3D printing processes that employ different methods and materials to make varying types of finished products using various plastics and metals. “Each 3D printer is like a tool in the tool box,” he says.

“Where 3D printing really shines is in low-volume manufacturing,” Smeenk says. “Otherwise, you can produce [more affordably] in a traditional manufacturing way.” He uses the example of building UV-treatment systems where a manufacturer may need 100 complex parts per month. “Tooling would be tens of thousands of dollars, but you could 3D print those parts on demand,” he says, “If you spend the time to find a 3D process that will work, it could be a production part that way.”

But 3D printers could also play a role in improving the efficiency of conventional mold-injection or vacuum-forming manufacturing facilities. One way, according to Rayegani, is to use 3D printers to make dies, rather than using a conventional computer numerical control (CNC) milling process. He says 3D printers could reduce the cost of die production by 50 to 70 per cent while lead times can be reduced by 60 to 80 per cent.

The printers also offer new options for repairing equipment and for stocking parts. Smeenk mentions how a hand-held laser scanner and 3D printer helped to create a cast to make a stainless-steel patch for a damaged turbine blade. “We cut their shutdown time by half,” he says. Rayegani says he sees a day when, instead of stocking parts, some might be printed from a library. He adds that this can’t be done for all parts, but where it can, this strategy could help reduce inventory costs and, more importantly, reduce downtime during unexpected failures of critical equipment. “Printing costs more than the original spare part, but your line will operate immediately,”  he says.

Material standards yet to be set

As the options and advantages for producing parts continue to increase, using the parts beyond the prototyping and testing stages presents another frontier. Kevin Wong, executive director of the Canadian Water Quality Association, says 3D printer materials would have to meet requirements of standards such as NSF, CSA, and several others. Production parts would also have to undergo testing to ensure mechanical integrity, protect public health, and reduce environmental risk. To the best of his knowledge, he believes 3D printing materials for water-related products have not been regulated in Canada to the same levels as materials used in conventional manufacturing processes.

As manufacturers continue to explore the benefits of 3D printing, both Smeenk and Rayegani seem to agree that accurately assessing their options and finding the solutions that provide the best value is a critical step. According to Rayegani, many factors should be considered in comparing additive manufacturing to conventional approaches. He says a value analysis should include machine capital cost, design time and cost, machine time and cost, process planning time and cost, geometry complexity, time to market, inventory cost, and cost of tooling. Another approach, Smeenk says, is for manufacturers to try a 3D printing solution for a part in parallel with a traditional approach. Although it adds cost, “The benefit gained in pushing the boundaries is huge,” he says. In some cases, additive manufacturing might be the right approach for increased productivity and competitiveness—the proof will be in the printer.  WC

Tony Kobilnyk is a freelance communications consultant based in Kitchener, Ontario. This article appears in Water Canada’s September/October 2013 issue.