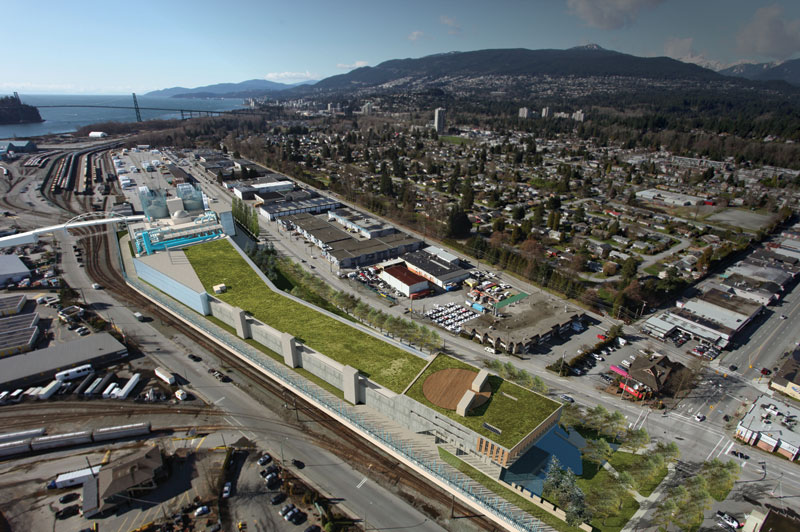 On July 8, 2012, Environment Canada published the Wastewater Systems Effluent Regulations (WSER) under the Fisheries Act, a set of national wastewater effluent quality standards to be achieved through secondary treatment. While Canadian wastewater operators are on board with a national wastewater policy, the question remains: Who’s picking up the cheque?

June 30, 2014 was the application deadline for transitional authorizations, described by Environment Canada as “the conditions under which such a system may continue to operate with a risk-based timeline to meet the national effluent quality standards.” In other words, it’s a compliance snooze button. The clock will begin ticking again in January 2015 with an aggressive WSER compliance schedule attached: 2020 for high-risk, 2030 for medium-risk, and 2040 for low-risk wastewater systems. This gives operators extra time to draft strategy and amend designs, but more likely to find and prioritize funding.

At a national price tag of $5.5 billion over 54 years, Environment Canada estimates the costs to wastewater system owners and operators to be $3 billion in capital costs, $1.7 billion in operating and maintenance costs, and $748 million in monitoring and reporting-related costs. It goes on to say that “while the estimated costs of the regulations are significant, the overall quantified benefits are almost three times this amount, totalling $16.5 billion. This results in a net benefit of $11 billion and a benefit-to-cost ratio of over three to one for the country as a whole.” But during the WSER development process, the Federation of Canadian Municipalities (FCM) posed this concern: “The mandate to upgrade wastewater systems comes with no supporting financing.”

Still today, James Campbell, the communications coordinator of Halifax Water, echoed the funding concerns. “We know guidelines and regulations change, and we’re happy to comply with those, but there are a number of realities to face when those change,” he said. “It’s a costly undertaking.”

Campbell also highlighted major challenges for coastal municipalities. “[Halifax has] a large harbour here, which historically, for well over 100 years, had been a sewer outfall.” This is not uncommon on Canada’s coastlines. In the past, there had seemingly been little need for centralized treatment plants along the coastline because dilution seemed to be sufficient.

But Halifax Water was able to avoid the proverbial poop storm having forecasted the legislative change when their wastewater strategies were taking shape. “We’re not in a position to wait,” Campbell said. “We’re going to soldier on and get the job done and hopefully some funding will come down.” Their 2009 Harbour Solutions Plan and Eastern Passage wastewater treatment facility upgrade was financed by internal revenues and long-past infrastructure funding from different levels of government. Now, Halifax Water’s 2013 Integrated Resource Plan predicts a $2.6-billion price tag over 30 years. From that budget, they will undertake two WSER-driven plant upgrades budgeted at $595 million to address compliance issues. But like previous wastewater capital works, the 2013 plan makes the assumption of absentee WSER funding. With community education and tough financial decision-making ahead, Halifax Water is moving forward and looking to proposed rate increases to ease the financial burden.

“Not a whole lot of thought was put into what the cost in some areas would be to get up to these standards,” said Ron Delaney, CBRM’s manager of wastewater operations. CBRM has more than 50 raw sewer outfalls needing centralized treatment facilities, which in turn require upstream collection pipes, pumping stations, and the technology to achieve WSER’s effluent equality standards. In CBRM, it’s not just about plant compliance, but about the wastewater network as a whole, and it’s not clear if Environment Canada’s funding accounts for works of that scale.

“The west coast is facing the same problem,” Delaney said. “But they have lots of studies, lots of data. They’re more of a ‘have’ area, we’re more of a ‘have not’ area.” Fred Nenninger, Metro Vancouver’s director of utility planning and wastewater treatment plant upgrades, confirmed their progress and said that Metro Vancouver has the conceptual plan for their new Lions Gate secondary treatment plant underway. He said, “Everything in the [upstream] system is there, just downstream, at the plant, it needs to go from primary to secondary treatment.”

Meanwhile, Delaney lamented that “right now [we have] no plan on paper to address all these outfalls.” He predicted that CBRM will need eight brand new WSER-compliant wastewater treatment plants at an estimated cost of $150 million—and the cost of collecting the wastewater will be almost twice that amount. The province is in dire financial straits, too, which limits access to certain federal funds that require matching contributions.

Funding the design and construction of a complete wastewater network is something with which system operators in non-coastal provinces can only sympathize. Tony Van Rossum, chair of the Canadian Water and Wastewater Association’s wastewater and stormwater committee and environmental services engineer at the City of London, said that “except for the East and West coasts, the regulation didn’t have much of an impact on municipalities in between, having had secondary treatment for a number of years.” London’s six wastewater treatment plants are all operating at a secondary treatment level, and have been since 1980.

During the WSER development, while many central Canadian wastewater operators were debating regulations around the wastewater plant, Delaney and other coastal operators were looking at bigger issues on a network level. “Regulations are being changed again by these forward-thinking people in central Canada,” Delaney said. “The funding provided to us in no way looks at if should we go back to where the source of the pollution we are trying to treat originates.”

“Last year, CBRM didn’t do any capital works because we’re a cash-strapped region,” Delaney said. And it’s not looking good for this year either. Exhaustive applications, competing infrastructure demands, and reluctant—but mandatory—provincial and municipal funding partnerships are all but anchoring progress.  WC