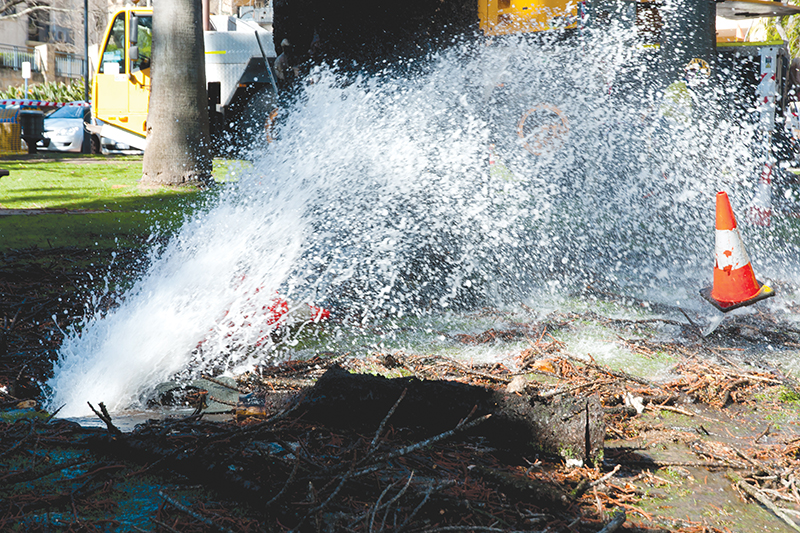 Canada’s response to the COVID-19 pandemic put our critical infrastructure to the test. One major aspect of that was municipal water systems and its reliability. An industry that has always fought for attention via slogans like “no water, no beer” or “no water, no hockey” changed the message quickly to “no water, no handwashing.”

While COVID-19 is an extreme example, it brings to light the question of the condition of our water infrastructure. A system often neglected because it is ‘out of sight, out of mind’ was thrust into the public eye as an essential service that was needed more than ever. Water system owners and operations were left to hope that systems with 100-year-old infrastructure would hold during this essential time. To say that there were more than a few sleepless nights would be an understatement.

One major reason for these sleepless nights was the current water infrastructure backlog that exists within the country. Water systems, which have been repeatedly underfunded, have suffered from a deferral of maintenance. Aging systems that have been falling apart have been pieced together and asked to hold on long after their useful life is up.

Take for example a water system that has 100 kilometres (km) of watermains that are expected to last 100 years. If the water infrastructure lasts its full expected lifespan, it would require that one per cent of the watermains are replaced yearly, starting the day it was first installed.

Very few utility owners are replacing that one per cent of the water system, and instead are deferring the work and saving it for future years. This increases the backlog along with the risk of a failure occurring. By the time that watermain requires replacement, five-to-ten per cent may need replacement in a given year, and the funding cannot meet that need.

Rates need to be raised as the asset ages for the utility owner to be able to replace it when the time comes. Without it, the asset fails and requires an emergency fix to keep the water running. These emergency fixes are expensive and add up quickly.

It is not unusual for utility owners to reach the point where the cost to repair the system cleans out whatever funding has been set aside, leading to a rate increase without any funding designated to a replacement of the asset. The reason it has been allowed to continue like this? Out of sight, out of mind.

Compare this to a public transit example. A city bus is 50 years old, has a broken window, can only go half speed because the engine is working at half capacity, and may break down a few times before getting to its destination. Compare that to a watermain that is 100 years old, is working at 10 per cent of its capacity because it has nearly rusted shut, is leaking water constantly, and will require several patches due to it breaking. While both are important, what option can you live without?

This chronic underfunding adds to the downward spiral of trust in municipal drinking water. The less funding given to water, the more likely issues are likely to occur, further lessening the trust in water—which leads to less consumption, which leads to lower revenue and therefore further underfunding.

The only way we break this cycle is by increasing the value we place on municipal drinking water and the funding that goes with it. This is not an easy task. It requires significant political support. Rates cannot be increased without political support which funnels down to the voter.

This brings to the surface the difficult question: how do we bring attention to the need to minimize the deferral of maintenance on our water system while still maintaining trust in the water itself? How can a city show a picture of a 100-year-old watermain full of holes and rust to the public without the public losing confidence in the water itself?

It’s a difficult question that our public works leaders are left with addressing daily: keep confidence in the system and ensure the reliable delivery of safe clean drinking water.

As a society, we need to do our part in addressing this concern before it is too late. Increasing rates and taxes is not an easy task, especially if the problem is out of sight and out of mind. Rather than kicking the rock down the road to future governments, our current politicians have to take a risk and ask for an increase in rates.

We as a voting populace must support the politicians taking the risk and ask more of the ones who are not.

This article was written by Geoff Britnell, business development manager, North America, for Fer-Pal Infrastructure. It was included in the March/April 2021 issue of Water Canada.

More microplastics are entering the ocean from disposable masks: Research