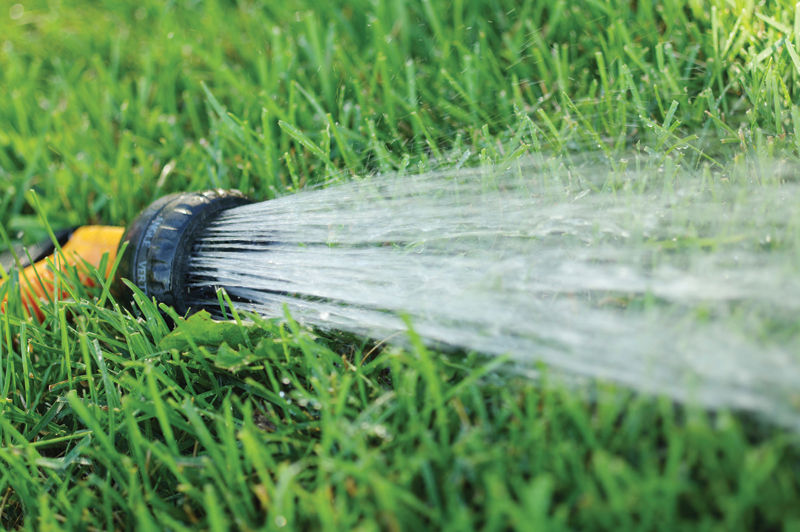 Your city is suffering from an extended summer drought. Every blade of grass has recoiled from the sun. Every lawn has large, crispy sections which look more like more hay than turf. One home’s lawn, however, defies the sun, looking lush; thriving in the sun. Feelings of jealousy override any rational belief that you’re part of the water conservation solution, making a small sacrifice for the greater good. Your aesthetically inclined neighbour has clearly ignored the city-wide watering ban, but you have to admit that his lawn looks good.

Do you report your neighbour to the municipality or applaud his audacity? According to some experts, he might just deserve a standing ovation because, when it comes down to it, a hard-working natural landscape can be just as important as other public works assets.

In this era of climate change—extended drought, fiercer rain events—municipalities are finding that their stormwater systems are inadequate. Cash-strapped councils are beginning to see the benefits of low-impact development best practices, which include increasing permeable surface coverage with comparatively cheaper plants and grasses to help with infiltration.

Lawns are also pretty tough, says White. “Grass became the plant of choice years ago—not because of vanity, but because it’s a natural competitor to asphalt. You can walk on it, beat it up, throw a festival on it. You can’t do that with any other plant. It rebounds, and for a relatively low investment.”

Jealous neighbour jokes aside, watering bans are growing increasingly common across the country. However, while water scarcity is concern, it doesn’t always make lawns entirely out of the question. In fact, healthy lawns and water conservation practices may be able to coexist—at least for short periods of drought.

“Lush and green all the time is not the answer,” says Mike Richardson, a University of Arkansas plant sciences professor. “Lawns are very resilient and can be allowed to turn off-colour or even go dormant when water is restricted.”

White adds that urban environments need extra consideration. “Sometimes native species are planted just because they’re native to the area, but they’re stressed in built-up downtown cores. Cities create heat sinks, for instance, so you have to find a plant that likes growing in the heat,” he says. “If you find the right plant, it will require less maintenance and perform better.”

Finding the right grass can be difficult, partly because the broad use of the term “drought resistant” has many people confused. The current seed and sod market is saturated by companies with big claims and no proof. “Everybody has put ‘drought resistant’ on their packages. Even as a professional, I sometimes have trouble determining fact from fiction,” says White.

“Saying something is ‘drought tolerant’ without any valid data is what the Turfgrass Water Conservation Alliance (TWCA) is trying to overcome,” says Richardson. The Oregon-based group is working closely with NexGen Turf Research to find out which grasses have the properties that allow them to thrive in water scarce regions.

The alliance, explains Richardson, is developing and testing drought-resistant grass species, measuring the ability for a turf grass to remain green for longer periods of time without irrigation. “We have data that shows that these grasses can also persist with less water, but the initial method of screening is to stay green without water,” he says.

Will an industry-wide standard stop companies that don’t qualify from continuing to use the drought-resistant claim in its marketing? Probably not, says Richardson. However, if consumer recognition of TWCA and its testing program grows, it will become more difficult for companies to make the claim without consequences.

Christine Zimmer of the Credit Valley Conservation Authority (CVC) says grass plays a role in a landscape’s ecosystem services, but the real key is biodiversity—especially when it comes to stormwater management practices. How does a permaculture or rain garden stack up against a lawn made up of one species of grass, for instance? CVC is currently monitoring the differences in retention between low right-of-way rain gardens and grasses.

Zimmer is also worried that the drought tolerant label could confuse consumers. “With new developments, people want a landscape to look nice right from the start. But when developers use turf, you don’t have stabilized roots right away,” says Zimmer. Even if the grass is rated drought tolerant, rain events will shuttle sediment into retention ponds until roots dig into plots.

Still, a standard may go a long way in convincing municipalities and developers to acknowledge turf’s potential. Interest is growing, says Sean Moher of Manderley, Canada’s largest sod producer. “You’d be hard pressed to find a city that isn’t talking about water-wise landscapes and grasses. Drought tolerance is still so new, though. Industry has to be able to catch up to demand.”

For White, however, it’s not just about lawn advocacy. “If I can help people to avoid installing artificial turf, that’s a win for us,” he says. “But there’s a bigger discussion going on here. Landscape is a vital tool; it’s part of our cities’ infrastructure.”  WC

U of Guelph Wins for Stormwater Design Competition at WEFTEC 2017