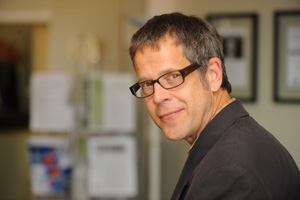 The POLIS Project on Ecological Governance’s Creating a Blue Dialogue webinar series is ramping up for another year, beginning with a session that will preview a forthcoming report on the water-energy nexus in British Columbia. Water Canada spoke with report author Ben Parfitt of the Candian Centre for Policy Alternatives to learn more.

Water Canada: What prompted this report? Why the focus on water and energy in British Columbia?

Ben Parfitt: Over the last 30 years of energy production in British Columbia—which is almost all hydroelectric—we were never in an energy trade deficit for the first 20 years. We were consistently producing more power than we need.

In the last five to ten years, however, we’ve begun to see stresses on our current system. While it doesn’t mean we’re purchasing more power than we’re selling, or that we’re incapable of producing more domestic energy, but we are beginning to push the bounds. It’s a significant warning that we need to be thinking more carefully about how we manage water and energy moving forward—especially knowing that the province’s population is expected to grow and place further strain on the existing system.

How is British Columbia trying to meet that demand for more energy?

We’re in a situation where major energy projects, such as the potential Site C Dam on the Peace River, are at least being considered, but the overarching issue remains largely unaddressed. When we’re thinking about more capacity that we need to bring online, we should also consider promoting conservation and resource recovery so we may not have to build additional run of river projects.

Let’s also consider the fossil fuel sector. Successive B.C. governments have placed a lot of importance on trying to encourage maximum flows of natural gas out of the province. What does this mean? We’re rapidly moving into water and energy-heavy processes.

The provincial government also has objectives with three liquefied natural gas (LNG) terminals. Projections estimate that these LNG facilities could require power equivalent to two Site C dams. Of course, any increased industrial activities will have a ripple effect on our water resources.

British Columbia is currently in the process of modernizing its Water Act. How will the impending need for more energy affect this legislation?

If we’re serious about trying to develop a new Water Act to meet the needs of the new century, we should be looking very broadly at how our resources are used and try to more effectively manage them. In the report, we conclude that there’s an overarching challenge to improve governance.

We also need greater clarity from the top down. When we look at major policies from recent years, there’s not a great deal of clarity between different policy objectives. We can revise and modernize the Water Act, but on other side of equation, the government is aggressively moving forward on a jobs and economics plan heavily focused on natural resources, including the gas and mining sectors.

Significantly, the National Roundtable on the Environment and the Economy’s (NRT’s) Changing Currents report, which focused on the natural resource sectors, concluded that these industries are by far the biggest users of water in the country. They’re also big energy consumers. There’s a fundamental tension between the Province’s commitments around environment and jobs. The objectives aren’t coordinated; they need to be streamlined. It’s hard to see how all objectives—secure water supplies, clean energy production, increased number of jobs—will be met in the province.

How do you hope to change current governance around water and energy?

There are things we can do immediately for more effective governance. We provide four action items in the report, which sets the stage for further research. First, we recommend a commitment to move expeditiously to a full water-use reporting system. As the NRT has observed, Canada has no good examples of provincial governments publishing real-time data on water use. We looked at pulp and paper sector—there are almost 30 water licenses in this province, and only one had requirement for metering water they were using. Major sectors are using large volumes of water with no public record. Real-time data would allow public to be better involved.

Do you have an example of how this has worked elsewhere? Most governments don’t even have real-time data available within their own ministries and departments.

Well, there would be some lag [for administrative and analytical purposes, et cetera]. But the B.C. government has demonstrated that it can provide very complex, routinely updated information on natural resource use. Fifteen years ago, the Province launched a database called the Harvest Billing System. It allows for any member of the public to search timely information on every single tree logged in the province by volume, species, grade… it’s all there. If the Province can produce a database of that complexity, it’s inconceivable that it couldn’t do the same with water. We need to know what we’ve got, how we’re depleting it, and how we’re replenishing it. In the absence of that information, we run the risk of poor management.

What else does the report recommend?

We need to be reviewing pricing mechanisms—the NRT has noted that we should be looking at placing a higher value on water use in the natural resource sectors. We should also promote resource recovery to take some stress from our existing systems and help reduce overall demand. Finally, watershed health and function needs to be a priority.

These are broad actions that we believe will be required for good governance. The next stage is putting flesh on the bones. We hope to provide recommendations and more detailed policy proposals that will begin to move the water-energy discussion in British Columbia in another direction.

Look for the water-energy nexus report in early November. Sign up to participate in the October 4 webinar, which will also feature guest speaker Jesse Baltutis of POLIS, here.