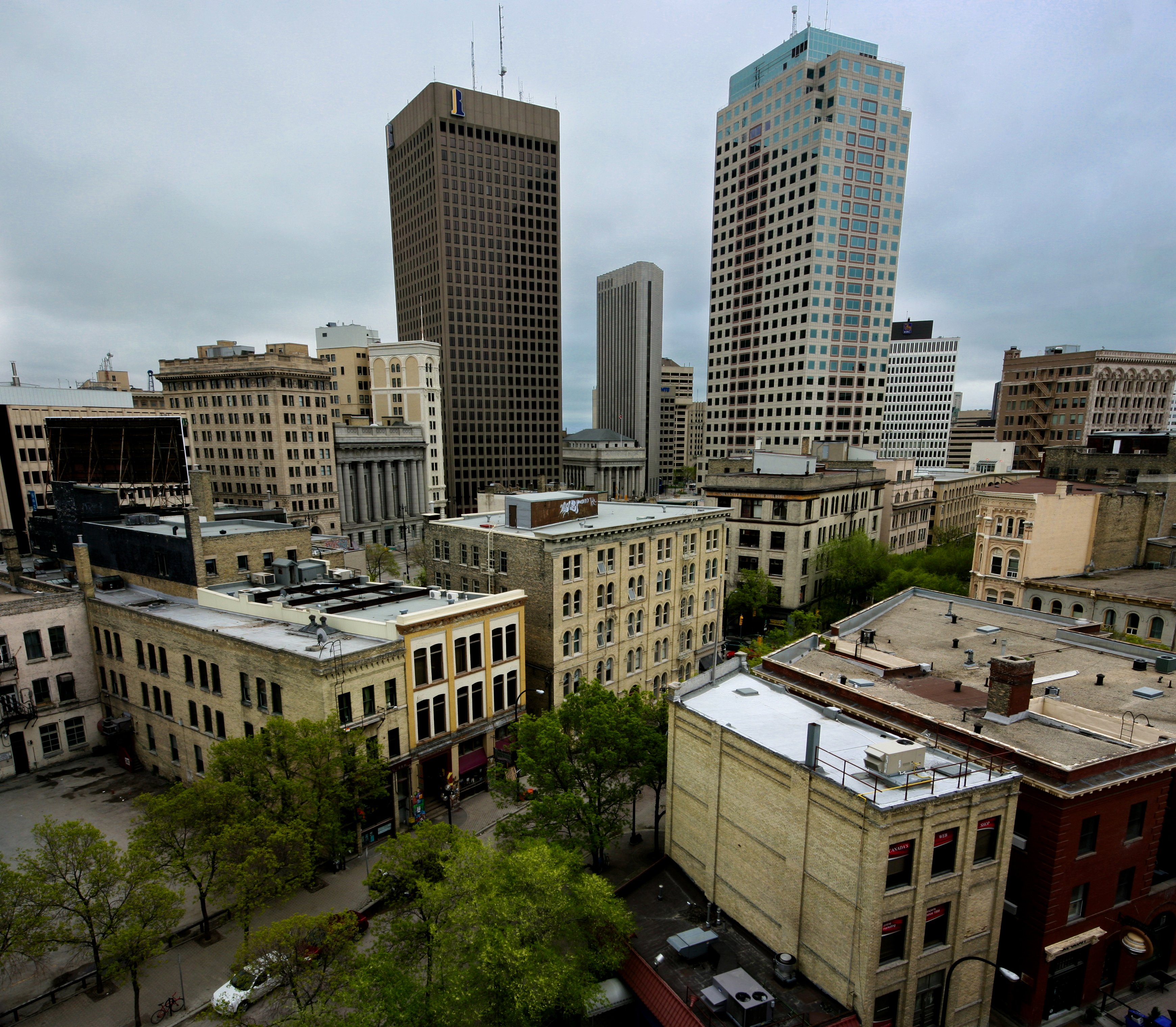 In August 2012, the City of Winnipeg received 600 complaints from residents experiencing brown tap water in their homes. In August 2013, that number had increased by a thousand. As manager of water services Terry Josephson points out, “[Discoloured water] is not unique to Winnipeg, and it is common in many other public water systems.” While the number of reports fell by 90 per cent by the end of September, Winnipeggers are asking why their water turns brown every summer—and, despite taking thorough measures to keep the water safe, the City doesn’t have a definitive answer.

Why is the water brown?

City of Winnipeg test results found the presence of sediments, such as dead algae and minerals like manganese and iron, in samples of the discoloured water. Why? Sediment gradually accumulates in pipes over time until changes in water flow cause it to loosen or dissolve and be released into the water. On August 20, the city issued a statement explaining that “discoloured water is possible any time there is an increase or change in the water flow distribution system, such as during watermain breaks and repairs, and firefighting.” Summertime activities like watering yards, refilling pools, and construction and landscaping projects that use fire hydrants mean an increased demand on the distribution system, more water flow changes, and more discoloured water in residences and businesses.

According to the City, a number of steps have been taken to reduce its prevalence. First off, operations that result in flow changes are kept to a minimum wherever possible. Water chemistry is monitored closely, and adjustments are made to the treatment program, especially to reduce levels of manganese, which can be harmful if too much is consumed. The City also performs extensive watermain cleanups, removing buildups of sediment and deposits in hundreds of kilometres of pipe annually.

The City investigates the possibility of major leaks and water theft, and considered theft to be a potential explanation for the sudden increase in discoloured water reports in August. But while unauthorized fire hydrant use can cause the sort of rate-of-flow change that leads to a discoloured water event, water theft is a rarity and unlikely to have caused such an increase. “We believe [water theft] is infrequent, and while it could be a contributing factor, it is not the primary cause,” Josephson explains. “More common causes are watermain breaks, turning valves on and off, and authorized fire hydrant use, like construction, street sweeping, and firefighting.”

In the past, the City has sought the help of engineering consulting firms like CH2M Hill, who were brought in during an influx of discoloured water events in 2010, and again in 2012. This year’s surge accelerated the investigation, and the City is working with water quality experts from across the continent to resolve the issue.

In the meantime, stringent measures are being taken to ensure the water is safe, despite its unpleasant taste, odour, and appearance—although the City still advises against drinking it. The City’s $300-million water treatment plant at the Deacon Reservoir, which opened in late 2009, treats water in six steps:

In addition, the water is tested at every step of its journey from its source—Shoal Lake near Kenora, Ontario (see “Drinking Water Dispute,” bit.ly/shoallake)—to the tap. Samples of discoloured water have been tested for bacteria, chlorine levels, turbidity, and chemical and physical parameters, including aesthetic objectives.

Comforted but not curbed

While knowing the water is safe is a comfort to the public, it does not curb the annoyance and hassle of having murky water in homes and businesses. Pastry chef Robbyn Redekopp has been dealing with discoloured water at work since the spring.

“It’s not as harsh a brown as it was, but the water is staining a lot of our equipment, like our dishwasher,” she says. “We have to use the water. We don’t have a choice. We usually let it run until the brown goes away, or wait until it’s clear. We’d obviously like to see them fix the problem, although apparently that’s easier said than done.”

A number of residents are seeking compensation from the City for laundry ruined by the discoloured water, bottled water purchased in lieu of drinking from the tap, or the price of running water until the discolouration is gone. However, Winnipeg’s charter states the City is not liable for damages caused by the quality or content of water unless the water is undrinkable. With rigourous testing suggesting the water would be safe, if unpleasant, to consume, most residents’ claims have been dismissed. A new motion passed by city council, though, will allow the City to compensate Winnipeggers whose laundry has been damaged by the water.

In September, the problem found its way to Winnipeg mayor Sam Katz, who had discoloured water running from the taps in his home. He was also invited to a “tea party” by one frustrated citizen whose tap produced a liquid more reminiscent of tea than water.

Although the sharp drop in brown water incidents since August means relief for most Winnipeggers, the City will certainly continue investigating the cause of this year’s outbreak, eager to avoid a similar situation next summer.  WC