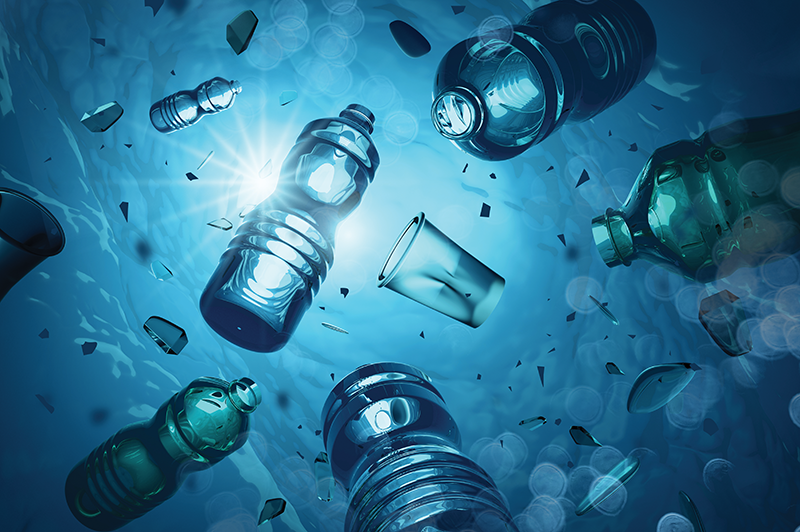 In September, Oceana Canada released a damning report that emphasized the disproportionate amount of single-use plastics consumed versus that of other countries. The figures were startling, and yet somehow not at all surprising, showing that Canadians use up to nine times more disposed plastics than India, and double that of many Scandinavian countries. The disastrous results of this consumption can be found throughout our cities, in our landfills, and along our shorelines.

At the same time as the report was released calling for, among other things, a ban on single-use plastics across the country, the federal government announced such a ban, with the plan to get rid of plastic checkout bags, straws, stir sticks, six-pack rings, cutlery, and food ware made from hard-to-recycle plastics. The proposal from the federal government calls for these items to be banned by the end of 2021.

We sat down with Kim Elmslie, campaign director at Oceana Canada, to discuss the key drivers of the new report and the actions being called for.

With all of the water issues impacting Canadian oceans, why focus on plastics?

We started to see growing reports, as everyone has, about the impact that plastics were having on the ocean environment, additionally with being found in fish, found in marine mammals, in the stomachs of sea turtles. […] We’re at a point right now where, everywhere we look, we’re finding plastic.

We knew that this was an issue that we needed to work on and the time seemed to be now. This is the best time to get this done.

Some of the statistics you included in your report, when it comes to Canadian consumption, were pretty alarming.

Yes, especially when you look at the projected growth of plastics. By 2050, we’re expecting to use four times the amount of plastics that we are using right now. Currently the estimates are 22 million kilograms of plastics are leaking into the ocean every day. So that’s like a garbage truck full of plastic being poured into our oceans every minute, again and again and again. Now is the time, right now, that we have to act and change the trajectory of that, and change the future of that for the sake of our water. 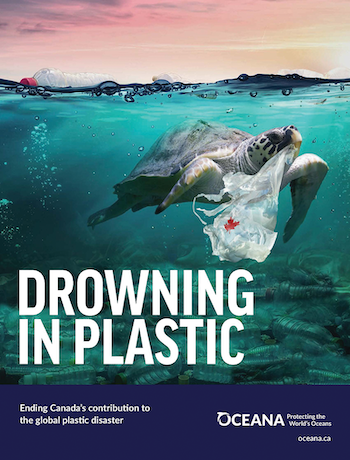 I think sometimes, when we think about plastics specifically in oceans, it can be seen as an ‘over there’ problem, one that plagues the coastlines on other continents. Can you provide some perspective on how severe the issue is on the Canadian coasts?

We had heard that too. We would see that messaging coming up on our social media that this really isn’t a Canada issue; this happens in five riversheds in Asia and Africa. It’s an ‘over there’ problem.

What we wanted to do with the study is to look at: what’s our contribution to this problem? We were able to look through a lot of the research that’s already been done on how Canadians are using plastics. Canada is less than 0.5 per cent of the global population, but we use 1.4 per cent of all plastics produced. Per person, we are using a lot more plastics than other people. We’re also throwing more plastic waste away.

Our consumption is growing. If you look at all plastics, that’s household plastics as well as industrial, commercial, and institutional, every year we throw away about 125 kilograms per person. But then where does it go? Only nine per cent of plastics ever produced have been recycled. Between 1988 and 2016, four million tons of our plastics we produced we shipped over to other countries. And a lot of these countries don’t have the facilities to deal with that amount of plastic. China has now stopped taking plastics. So, a lot of these plastics leached back into the oceans. And now we’re seeing these plastics re-emerge from the oceans in the sea breeze, they’re being rained down in the desserts, and they’re showing up in fish.

We’re finding these microplastics in everything. It’s in our beer, our honey, in us. We’ve contributed to that, and now we need to contribute to the solution.

So what you are suggesting is that now, when we look at the plastics issues that are appearing on our coasts, we need to recognize that this is a problem of our own design?

Yes. Some of that plastic that is showing up on our shorelines can move, in the same way that we’ve shipped our plastic overseas it’s now ending up in the ocean.

We’ve seen the five gyres in the ocean, the big plastic garbage packages, those are everyone’s plastics that are there.

It is all of our problem, globally. It is a shared ocean. So we need to have that federal leadership here in Canada that says that we’re going to stop this unabated use of single-use plastic.

Nobody is looking to go to the grocery store to buy everything encased in plastic. It’s usually the only choice that we have.

This isn’t something that, as individuals, we’ve created.

Based on the research you have done, what are the calls-to-action that you are asking for in order to curb the problem?

The first thing that we want to see is strong federal legislation. This is a ban on the unnecessary use of single-use plastics. And the government has made this commitment and recently re-affirmed the commitment in the speech from the Throne. But we know how laws can be. They can be strong or they can be weak. For this ban, we want a strong ban. Something that is at least on par with what we have seen in Europe.

Then we also want to have policies or infrastructure around reducing plastics. This is the refillables that are out there. The Beer Store (in Ontario) is a great example of a refillable program that is working. You get your beer bottles, you get your bottle deposit, you take them back, The Beer Store operates as an ad hoc recycling depot. The glass and aluminum containers are reused and refilled multiple times, much more than a plastic bottle which is only going to be down-cycled. Even during COVID-19 we saw that. The Beer Store stopped taking returns, so the bottlers started running out of bottles. Fortunately, they were able to fill that gap and we didn’t run out of beer. But it showed that circular system that we are not just pumping out endless bottles for people to deal with. Here is a system where the product is used as it’s supposed to and it continues in that circle.

And then finally, we need to stop the export of plastic. The government has made commitments on that and they’ve signed a global convention. But it has been delayed in implementing it. We need to step that up so that we’re not taking our waste and making it someone else’s problem.

What can the Canadian water industry do to support the action items you have outlined in your report?

In the short-term, it would be to show support for the federal ban on single use plastics. At oceana.ca we have a petition calling on the government to honour their commitment. And anything we can look to, with innovation, that moves us away from the use of plastics.

This article was written by Andrew Macklin for the November/December 2020 issue of Water Canada. Andrew was the managing editor of Water Canada. He is now the executive communications specialist at WSP.