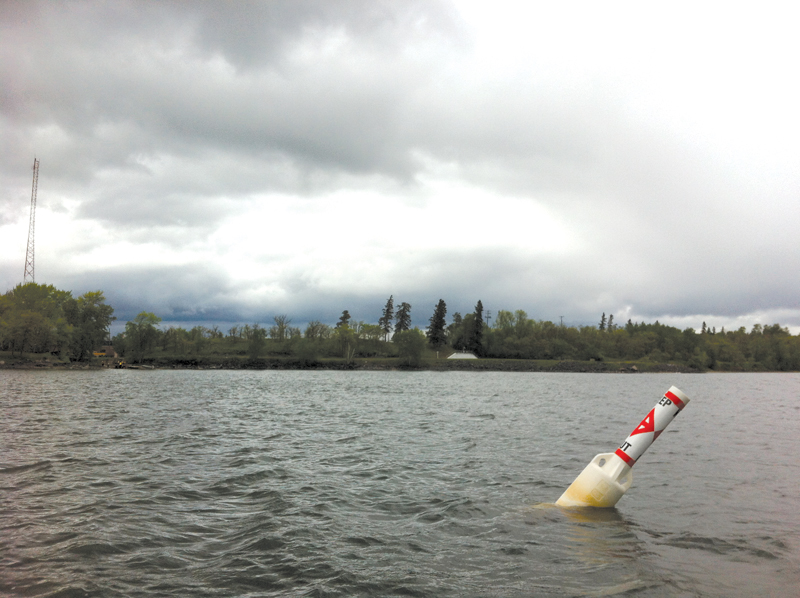 When I visited Chief Eli Mandamin near Kenora, Ontario last May, he was preparing an affidavit in response to the City of Winnipeg’s move to expand water services to nearby communities. “I’m hoping the affidavit will sway them,” he told me.

Why the concern for a city that falls within Manitoba’s borders? For a century, Winnipeg has drawn its drinking water from an aqueduct in Ontario’s Shoal Lake. The lake is home to two First Nations, including Mandamin’s community, Iskatewizaagegan 39 Independent First Nation (also known as Shoal Lake 39). Mandamin says his community has never provided its consent for Winnipeg to take water from its lands*. The arrangement dates back to 1914, when an International Joint Commission (IJC) order provided permission.

Negotiations, or lack thereof, have negatively impacted Iskatewizaagegan, he says. To maintain lake levels, they had to build a connection to the nearby Lake of the Woods. The aqueduct may be associated with the loss of fishing and wild rice resources, and Mandamin claims that development is made difficult due to the area’s designation, which protects the quality of Shoal Lake’s water. “We get discouraged,” he says. “The offers are taken away before they’re developed. It’s been going on for years. This community can’t just stand by anymore. We have to build an economy for the future.”

The duty to consult

Things have changed since 1914. Based on the decisions made in three cases—Haida Nation v. British Columbia (2004), Taku River Tlingit First Nation v. British Columbia (2005), and Mikisew Cree First Nation v. Canada (2005)—the Supreme Court of Canada has developed a legal duty to consult. According to Dwight Newman, author of The Duty to Consult: New Relationships with Aboriginal Peoples, this doctrine says that governments making decisions that may have an impact on Aboriginal rights or treaty rights have a duty to consult the potentially affected Aboriginal communities even prior to final proof of the rights in court or final settlement on the rights in negotiation processes.

“Courts have said that Crown conduct of municipalities does not trigger the duty to consult,” says Julie Abouchar, a partner at Willms & Shier Environmental Lawyers LLP in Toronto. “While duty cannot be delegated, procedural aspects—that is, the doing of the consultation—can be delegated. Procedural aspects can expand to determining how to mitigate the impacts [of the project], but there is still some question as to whether the Crown can delegate accommodation. It’s tricky.”

What is the essence of the duty that the decision maker can’t delegate? Abouchar says this area of law is evolving very quickly, but it still comes back to the Crown to consider whether the consultation was adequate and done meaningfully.

Cathy Guirguis of Olthuis, Kleer, Townshend LLP is representing Shoal Lake 39. She says the IJC order isn’t the only factor in deciding whether or not Winnipeg is allowed to service other communities. “We point to provisions in the Winnipeg Charter that gives the City its authority to act. That charter states that Winnipeg has the responsibility to provide water to its residents, but that it must gain approvals. You need to satisfy that you’ve gotten those approvals. None of the approvals Winnipeg has, including the IJC order, gives the City jurisdiction to provide water [to communities outside of the city]. Our legal application also sets out that any decision about water from Shoal Lake triggers the duty to consult and accommodate Shoal Lake 39. If that constitutional requirement isn’t satisfied, the decision can’t stand,” she says.

The involved parties have what is beginning to look like an answer. Shoal Lake 39 filed a legal petition to the Manitoba Court of Queen’s Bench in March 2012. More recently, the City of Winnipeg asked the IJC for an expedited decision on the dos and don’ts of the 1914 order. Shoal Lake 39 sent its own position to the IJC as well.  This April, the IJC made a ruling that says extending the City of Winnipeg’s water services outside of the municipal limits would be non-compliant with the 1914 order.

Ruling or no ruling

The ruling, however, does not stop the City of Winnipeg from exploring other options. According to the Winnipeg Free Press, Mayor Sam Katz might revert to a 2009 plan to expand its borders, annexing part of the Regional Municipality of Rosser.

Why the rush, and why Rosser? Winnipeg hopes to provide water services for CentrePort Canada, an inland “port” that offers 20,000 acres of industrial land and access to tri-modal transportation. Named one of North America’s top strategic infrastructure projects in 2011 and 2010, CentrePort spills into Rosser.

While he wants to protect Shoal Lake’s natural resource, Mandamin says he’s not against development. His main goal is bringing a viable economy to his community.

“We built that city with our water,” he says, referring to Winnipeg. “We’re not looking for a big pile of money—that’s never going to be the answer. We are interested in the shared responsibility.”  WC

*Note: Shoal Lake 40, a neighbouring community, claims that the intake falls on its lands. The impact, however, is shared by both communities.