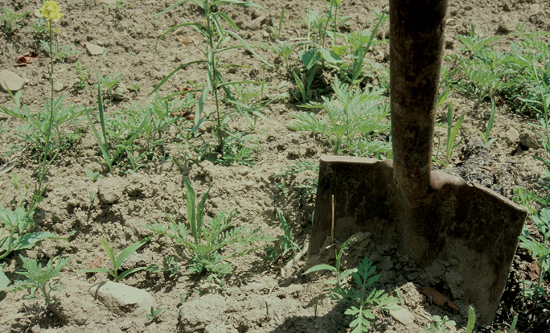 While geothermal technology looks like a great alternative to oil, geothermal installations and their effect on groundwater have been a topic of environmental concern for the last two or three years. Why? Thousands of geothermal boreholes are being drilled every year in Canada without to protect aquifers. If a hole is drilled and it encounters an aquifer, there is always the risk of groundwater contamination.

Remember that old adage-if a tree falls in the forest and no one is there, did it make a sound? Traditionally, members of industry and government have applied the metaphor to diamond drilled mineral exploration holes, and the same attitude carries over to geothermal holes. We haven’t yet experienced a crisis, and there’s a desire to install geothermal holes on the cheap—so there’s little motivation to regulate the geothermal drilling industry.

One problem is that geothermal holes are not wells; they aren’t regulated because they aren’t meant for water. Geothermal experts, however, will tell you that they need to understand the presence of groundwater, because that information affects the design of their systems. In open-loop systems where water wells are used for the heat pumps and the injected water has the potential to affect the aquifer, what effect would warm and cold water discharges have on the aquifer when water is taken from one well and discharged into another well?

So, where do we sit in the geothermal debate? What controls are in place? What training is required? How are drilling records reported and regulated? Where does testing fit in? Who regulates the activities of geothermal contractors and technicians-whether they are designers, installers or drillers?

There are several players. At the Ministry of the Environment (MOE), many branches are involved in the process: policy, drinking water, enforcement, monitoring and source water protection. The Ministry of Energy and Infrastructure (MEI) is promoting all types of renewable energy. The Ontario Ground Water Association (OGWA) represents the water well drilling industry in Ontario. And there are the drilling companies currently drilling the holes/wells, plus others entering the drilling part of the business. It’s the same in other areas of Canada. “The market is picking up,” says Martin B. Hammond of the Newfoundland / Labrador Ground Water Association.

Another issue: most geothermal drillers are not licenced-to date there hasn’t been a need for a technician’s licence to drill geothermal holes. We must also be aware of how other jurisdictions deal with geothermal drilling. In Ontario and Alberta, for instance, they’re still negotiating certification for drillers and amendments to regulations. “There’s a process in place,” says Alberta Water Well Drilling Association’s Carol Larson. “It’s a concern for everyone. Groundwater is at stake.”

But there is hope. At the OGWA, we’re encouraged by recent initiatives with the Canadian Geoexchange Coalition, the MEI and the MOE to work together with us. These groups have begun the process of reviewing what we know and what steps might be taken.

Environmental Commissioner of Ontario Gord Miller has also waded into the debate, asking Ontario’s Minister of Environment, John Gerretson, to examine the geothermal drilling industry. In a letter to OGWA’s president, Gerretsen assured us that the MOE took the issue seriously and would work with the OGWA to make real change.

The OGWA is acting as the common denominator, taking a leadership role to bring together the different drilling industry stakeholders and examining and reviewing the key issues. We’re communicating and brainstorming with our membership, colleagues and the drilling industry to implement change that will protect our aquifers, identify areas of responsibility, and implement guidelines and regulations for drilling geothermal holes. The OGWA hopes the Ontario Water Resources Act Regulation 903, which regulates the drilling of water wells, monitoring and environmental holes, can be amended to include geothermal boreholes.

Are we making headway in the geothermal drilling debate? You bet. By working together we can examine and formulate guidelines and regulations that will protect the groundwater aquifers in the province of Ontario. And you can be sure that other provinces and states are watching Ontario, waiting for changes that they can emulate and use in their own jurisdictions. As long as stakeholders can work towards regulating the geothermal drilling industry, the over three million people who rely on groundwater can be confident that this valuable resource will be protected.

Earl Morwood is the executive director of OGWA. Earl, his wife Heather, and their family live in rural Ontario. They’re pleased to have clean fresh well water for use in their home and on their farm.