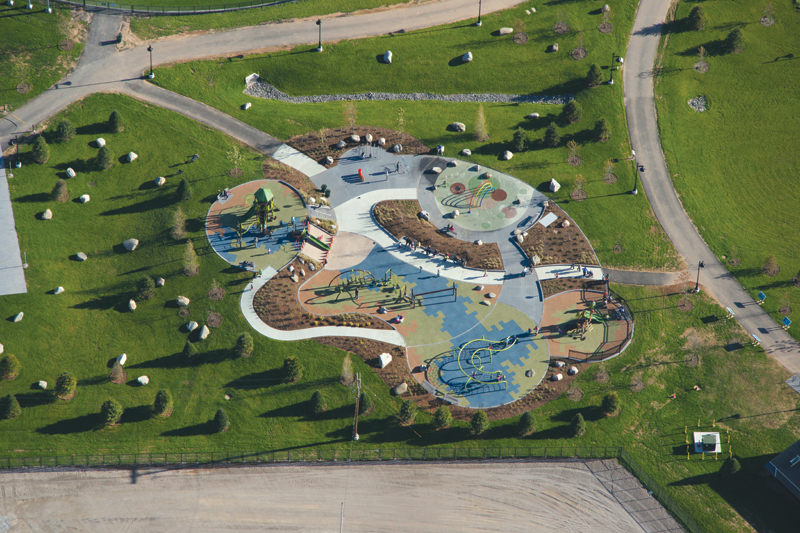 It took more than a decade, but one of Canada’s most polluted sites has been refashioned into park space. In all, this $400-million, award-winning Sydney Tar Ponds remediation project involved solidifying and capping contaminated sediments, restoring creeks, and treating groundwater.

With 97 hectares of heavy metals, dioxins, and polychlorinated biphenyls (PCBs) left over when the last of century-old steel mills and coke ovens closed in the mid-1980s, the Sydney Tar Ponds had Cape Bretoners anxious about foul-smelling air and high cancer rates.

In 2004, the federal and provincial governments signed a memorandum of understanding to finance and kick-start the project.

This past fall, the two governments unveiled Open Hearth Park. The 39-hectare green space has sports fields, ice skating, and walking trails meandering through naturalized and landscaped areas. There’s a concert venue, and a permanent art display chronicles the history and aftermath of industries that employed generations of Nova Scotians.

“It’s an awesome feeling to see the wildlife return,” says Donnie Burke, project director with the Sydney Tar Ponds Agency, which oversaw the cleanup. “These were lucrative eel fishing grounds for Aboriginal people in the 1800s, and when we were pulling our last pumps […] there was a small mass of eels coming up the channel.”

Getting there wasn’t easy. The cleanup techniques proved nearly as controversial as the waste. Proponents persisted through two false starts, including a test burn of PCBs that ended amidst concerns that waste-to-energy incinerator plumes could land near a newly built school.

Work finally got underway in 2008 with a view to containment. Crews solidified and stabilized the sediment, mixed it with cement, and topped it with clay, soil, and an engineered cap.

Yet, as recently as this past August, federal Green Party leader Elizabeth May described the cleanup to the CBC as “a giant toxic sarcophagus” and “cosmetic […] for purposes of making it look like it’s all gone away.”

Time will prove May right or wrong. Still, Burke disagrees with characterizing the technology as unproven.

“There’s more than 50 years of data and it’s been used in the U.S. on Superfund sites,” he says. “What we saw in the field far exceeded our expectations.”

Bruce Noble, project manager with AECOM, the lead engineer, says proponents conducted bench-scale studies and full-scale pilot testing of the sediment and presented the results to regulators and stakeholders prior to construction in order to obtain approval.

“A number of remedial technologies were applied, including groundwater collection and treatment and cut-off walls,” Noble says. “They were proven and adapted as required to the site specifics.”

Another major challenge arose from the sheer scope of the project. Burke says multiple participants had to be lockstep in terms of communication, dealing with issues that arose in the field, and staying on schedule and on budget. “Coordinating this took some effort, but I think we ended up in a good spot finishing about eight months early.”

The project is completed, yet one final challenge remains: The province must monitor the site for 25 years, or longer, should the need arise.  WC