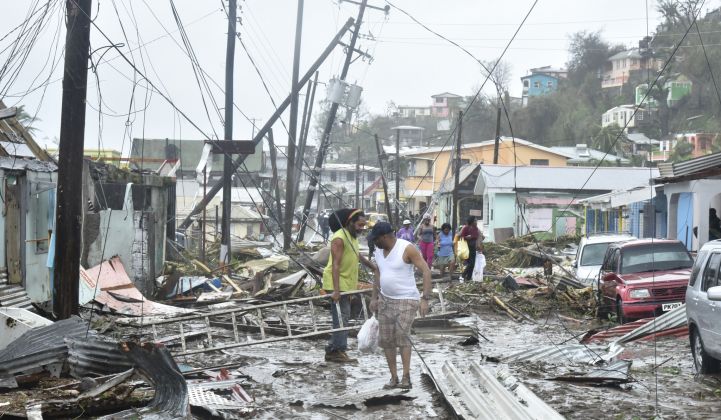 Canadian water and wastewater operators Jason Mank, Marcel Misuraca, and Glen Ketchum recently made a difference in the lives of the residents of Dominica. The men responded to a request for assistance by the Dominica Water and Sewerage Company Limited (DOWASCO) after the utility was devastated by Hurricane Maria.

Hurricane Maria, regarded as the worst natural disaster on record in Dominica, was the tenth most intense Atlantic hurricane on record, the most intense tropical cyclone worldwide in 2017, and the deadliest storm of the hyperactive 2017 Atlantic hurricane season. On September 18, Maria reached Category 5 strength right before it landed on the island of Dominica. It was the first Category 5 hurricane on record to strike the island.

Maria wrought catastrophic damage to the island.  Much of the housing stock and infrastructure were left beyond repair and the island’s lush vegetation was practically eradicated. There were 31 known fatalities with dozens more individuals still missing. In the weeks following, most of the island’s population suffered from flooding and lack of resources, compounded by a slow response on the part of the U.S. It was a devastating blow to DOWASCO that had recently undergone a $24 million upgrade and repair following a freak storm that caused major damage to the island in December 2013, and suffered catastrophic damage and was further hampered by the looting of its stores after the hurricane.

Collaboration needed
At a plenary panel at the recent Caribbean Water and Wastewater conference in Guyana, Bernard Ettinoffe, DOWASCO’s general manager, communicated the need for not only equipment but also trained operators who could assist in the re-establishment of the treatment plants and distribution and collection networks. Hearing this, I made an appeal to Robert Haller, executive director of the Canadian Water and Wastewater Association, who immediately pledged support.

At the CWWA national conference in Newfoundland, I delivered a presentation on these efforts, which resulted in a number of operators coming forward to volunteer and donations totally $4,000 were raised to help cover the airfares of the volunteers. This money was supplemented by a grant from the Caribbean Emergency Disaster Management Agency. Ivan Rodrigues and Ian Lewis of the Antigua Public Utilities Authorities hosted the Canadians when they had to overnight in Antigua en route to Dominica.

Mank, Misuraca, and Ketchum were the first Canadian operators to travel to Dominica as part of the effort over a two week period. Marcel worked with DOWASCO crews to restoring water service to three villages. At times, he says, the work was frustrating and the labour was hard, but ultimately, he found it to be rewarding. 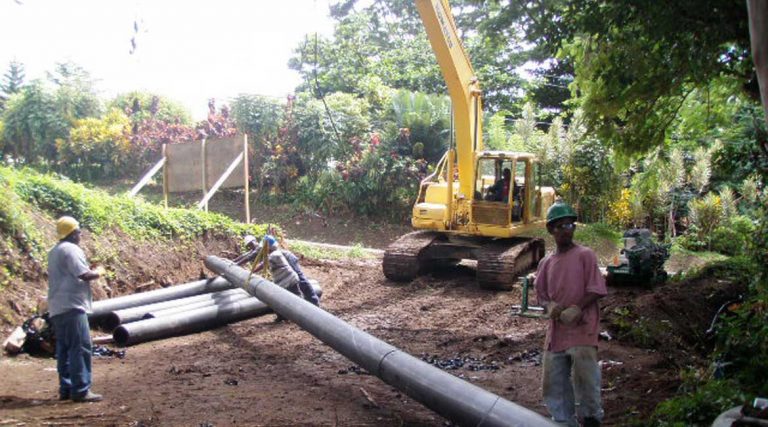 “We were able to plug the main river crossing that was taken away in the storm. This gave us the ability to pump at the plant, and not be processing river water,” said Mank. “We were also able to restore power to both the lift stations in town and test the pumping equipment. With the plugging of the north side of the river, we could bring on and test all equipment at the plant, as well as the northern pump station.”

Mank said that the team was able to restore a wastewater treatment system that had not been running since the storm and get two pumping stations up and running. “There is a high need for maintenance or they will start running into failures that could potentially stop the plant from processing wastewater,” he said. 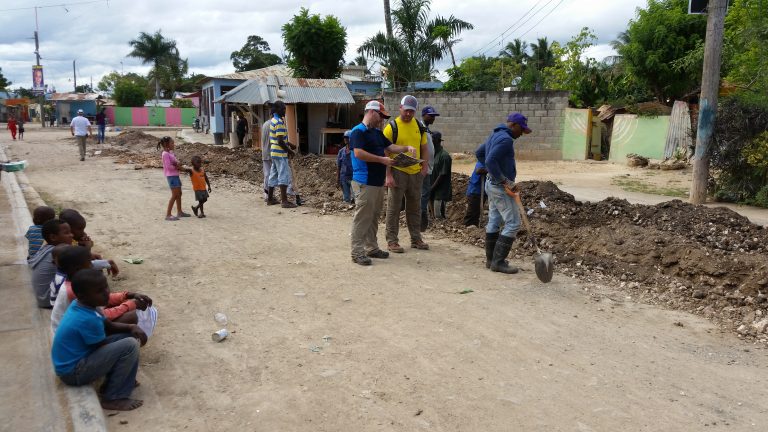 Based on the need and success of this first volunteer mission, my goal is to establish Operator’s Without Borders, similar to Engineers without Borders and Medicins Sans Frontiers. A list of volunteers is being compiled who could be deployed in future disasters and DOWASCO is providing direction on the best timing for a second cohort to assist.

Canada is blessed with so much and helping our sister utilities is something we have the talent and the resources to do. Giving back to our profession in this way is deeply rewarding.