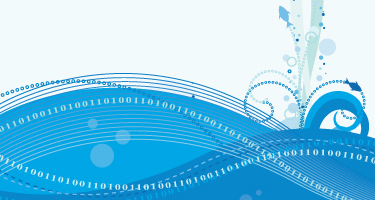 During this year’s Rivers to Oceans Week (June 8 to 14), the Canadian Museum of Nature is running a café scientifique-a forum in an informal setting-that asks this very question in several locations around the country. Kerry Freek conducted CWT’s own café scientifique and asked the pros: With advances in water treatment technology, is it possible that clean water will be infinitely available? Will there be enough to sustain the environment and all communities, or must we conserve the clean water we have left?

An online forum will be available to continue the discussion and to connect thoughts and opinions from cafés across the country. For details, visit the Museum’s website. The forum will be open from June 6 until June 30.

If it does not guarantee future water resources, technology certainly does help. We only have to think of Las Vegas, California or Dubai. It’s possible to treat and recycle wastewater for irrigation, landscaping, to flush toilets or use air conditioning. Wastewater can even be treated to meet drinking water standards. Brackish or salty water can also be used as a source of drinking water using techniques like reverse osmosis. Theoretically, technology could guarantee future water resources, since oceans are far from drying up.

Access is another problem with water resources. Drinking water is not evenly distributed on the surface of the earth; some regions are luckier than others. This problem can be alleviated with money and political power, or through kilometres of pipes or by diverting rivers. Access to water is also expanding in some poor regions through the help of NGOs that build wells and distribution systems. In less fortunate countries, some technologies are even developed to collect water, like rain and dew catchers.

I’d like to think future water resources would be guaranteed, by technology or by any other means, but there are still more than one billion people without drinking water in the world today. There’s still a lot of work to be done before we can say that future water resources are guaranteed, not only for a small portion of fortunate people like us in Canada, but for everyone.

Annie Carrière is a research associate for the NSERC Industrial Chair on Drinking Water at École Polytechnique de Montréal. She is a former board member of Water for People Canada.

Yes—but we shouldn’t. We can use technology (desalination, recycling, et cetera) to add to our “future water resources,” but such a solution requires money and energy. Even worse, it does nothing to address demand.

Consider what would happen if we built a desalination plant to “guarantee” supply without addressing demand. At some point, demand would (again) exceed supply, and shortage would result. Consider what happens when a congested road is widened. Traffic flows more quickly-until demand fills the gap, and everyone slows down again.

First, note that we never have shortages of another precious liquid: oil. Why not? Because oil prices rise when demand exceeds supply. (I didn’t say we had cheap oil.)

Why doesn’t that happen with water? Because water prices are based on the cost of delivery, not scarcity. When demand exceeds supply, price is not allowed to rise, and a man-made shortage results.

If we wanted to end shortages, we would allow the price of water to rise until demand fell to equal supply.

Some people worry that the poor will not be able to afford water with such a price-rationing mechanism. We can address that concern by giving everyone a human right allocation of, say, 100 litres per capita per day. Remaining water could then be sold at prices high enough to ensure that demand met supply. (Costs would still be covered, trust me.)

I have a bumper sticker describing this basic right/commodity pricing scheme. It says “some water for free, pay for more.”

So yes, we can rely on technology-price technology-to guarantee future water resources.

David Zetland received his PhD in Agricultural and Resource Economics from UC Davis in 2008. He blogs on water, economics and politics at aguanomics.com.

Eighteenth-century author Samuel Johnson lamented the limits of the law: “How small of all that human hearts endure / That part which laws or kings can cause or cure.” I don’t think he was talking about water resources, but there are some problems that the law is good at solving. The efficient and sustainable allocation of water ought to be one of them.

In Canada and many other places, the law actually encourages people to waste water. For example, the law generally does not put a price on water (Ontario’s new charges for some industrial water users are probably too low to affect usage rates). It’s no wonder that people use as much of it as they can.

Countries with little fresh water are at the forefront of developing water technologies (think of desalination and sewage recycling in Israel and Singapore). In Canada, where shortages are less acute, the law could create incentives for innovation. Imposing a financial cost (through taxes, charges or penalties) on using water might spur industry and farmers to come up with technologies that improve water efficiency.

And here’s another idea: why not require contributions to a water technology fund as a condition for using large amounts of water? Something similar is now being proposed by the federal government in the context of climate change. The idea is to allow companies that cannot meet their greenhouse gas emission limits to achieve compliance by donating to a national technology fund with a mandate to invest in technology to reduce emissions. Maybe a national or provincial water fund, financed by the businesses that use water the most, could lead to technological breakthroughs that could be applied around the world. A technological solution, with a boost from the law.

Canadians are fortunate to live in a country that, relative to much of the world, has abundant fresh water resources. However, our good fortune is a not a reason for complacency. Water shortages regularly occur in many parts of the country, especially in semi-arid portions of the prairies, but also in the rest of Canada. At the same time, water quality problems are a source of concern across the country. How can it be that a country that is perceived, even by its own citizens, to be water-rich can have water shortages and unsafe drinking water?

One answer is found in geography. Most of Canada’s freshwater resources are located in northern Canada, while most of the population is concentrated in southern Canada. Satisfying demands in southern Canada through massive water transfers is simply not feasible-environmentally, economically or socially.

A second answer relates to what are often described as governance challenges. International agencies such as the United Nations World Water Assessment Programme have correctly pointed out that the global water crisis is due primarily to waste and mismanagement, rather than to a lack of technological know-how. This is as true in Canada as it is in developing countries. For instance, the technology exists to provide clean, safe drinking water to all Canadians. That this does not occur is a function of limited capacity, lack of political will, and other governance problems. Similarly, water shortages usually can be traced back to a mismatch between how we use water and the water resources that are available.

Technology can help us to use water more efficiently, but to “guarantee” future water resources, we must focus on improving governance and on using available resources more appropriately.

Rob de Loë is the university research chair in water policy and governance at the University of Waterloo, and director of the Water Policy and Governance Group. Details at wpgg.ca.

Technology is a key component in achieving sustainable water management; however technology alone will not guarantee future water resources. Water issues are multi-dimensional and include both technological and non-technological considerations all the way from source water supply and potable water treatment to distribution systems, end use, reuse, wastewater treatment and sludge management.

Technology can certainly deliver increased conservation. Emerging monitoring and measurement technologies provide more insight and intelligence which in turn drives better decision making by enabling the diverse set of water stakeholders to view the issues through a common lens.

The uptake of new potable and wastewater treatment technologies is also critically needed by most municipalities and cities to maintain or improve water quality, manage long term delivery costs in the face of rising energy prices, and increase capacity for a growing population in the same footprint.

However, for technology to have an impact it needs to be accompanied by a broad-based shift in attitudes and perceptions around water availability and use. Water must be seen more as a commodity and be underpinned by regulatory frameworks that assign a value similar to those emerging for carbon. This will facilitate the move away from water as a once-through resource and drive conservation, revitalized distribution systems and increased water recycling.

Sustainability must also account for other factors such as energy efficiency in treatment and distribution and contamination. The amount and type of contamination (physical, chemical, biological or thermal) must be understood in relation to the degree of ecological and human health impacts in addition to other environmental impacts such as to air quality and climate change.

To support and encourage this broader understanding of water resources, there is a need for progressive government policies and adaptive regulatory regimes which reward rather than penalize innovation-both for technology developers and for early adopters.

Rick Whittaker is the VP of investments at Sustainable Development Technology Canada. He has led initiatives in product development, managed several advanced technology investment programs, and has personally launched, and helped to build and transition, four start-up companies.

A Nose for Drinking Water Quality

Water: To Infinity and Beyond?