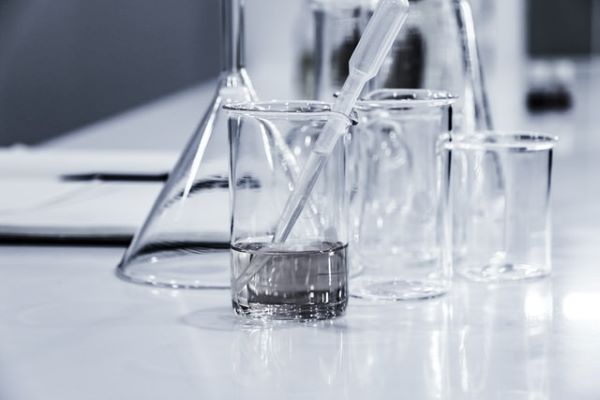 What started as a discussion on protecting our source water became a deep dive into how climate change is impacting quality freshwater sourcing in Canada. In a country with so much water, it can be easy to take for granted that it will always be there, ready to pour out of our taps and through our sprinklers.

From the abundant water of Ontario, to droughts and flooding, sometimes in the same season, in the prairies, “the when and where water appears is really changing how things are, how we’re served by our water, how complex the situation is, and how we need to make sure our water sources are resilient,” says Terry Rees, the executive director with the Federation of Ontario Cottagers’ Association (FOCA).

The varied experiences across the country echo just how vast Canada’s water problems can be.

According to Rees, Ontario has done “an admirable job since the implementation of the Clean Water Act,” a multiple-barrier approach implemented after the Walkerton tragedy in 2000, that ensures that the water sourced, treated, and delivered meets the highest standards.

“One of the things that the Clean Water Act in Ontario did was it took a watershed approach to protecting our water, which is vital because someone is downstream of somebody,” says Rees. He also points out that there’s more that needs to be done as there are still areas in Ontario that don’t fall under the protection of the Clean Water Act.

Krystal-Anne Rousseau, staff lawyer with the Canadian Environmental Law Association and water policy coordinator for CELA’s Healthy Great Lakes program, agrees, noting that what needs to be considered is whether or not water resources are being sufficiently identified and protected, especially when it comes to handing out approvals for projects like building subdivisions. “Current line use planning tools are really discretionary,” she says. She mentions that many legal issues that come up deal with how the sources that aren’t protected under the act are being dealt with. For example, subdivisions being built on sensitive groundwater resources and relying on private wells or septic systems that aren’t covered by the Clean Water Act.

While the majority of Ontarians do have access to quality water, Rees points out that there is still a good portion of Ontarian outside of water protection areas. Rousseau adds that although the Ontario government has done a lot to implement the recommendation in the reports, it means that almost 20 per cent are left unprotected. She says that “most of those people are coming from vulnerable and disadvantaged communities, a lot of Indigenous and First Nations communities,” which Rees agrees sends a “mixed message” that according to Rousseau still needs “a lot of work to make sure that source water protection is really improved upon and expanded to all Ontarians if we’re really going to fully protect everyone as was the purpose of the Clean Water Act.”

Kim Stephens, executive director of the Partnership for Water Sustainability in British Columbia, looks at source water protection from a B.C. perspective. He observes that while B.C and Ontario face some of the same issues, there are a number of differences in the way water is understood and handled. Although B.C does have large water (Fraser and Columbia Rivers), the water people use is from B.C.’s small systems, according to Stephens. And while these vulnerable small systems have faced quality issues in the past, these issues are now being overshadowed by a quantity issue. “As a result of a changing climate, the water cycle has changed, and that has altered the seasonal water balance.” Says Stephens. “And so even though it rains a lot, our dry weather periods have gone from where we used to think in terms of a drought, a rain free period, of three months. Now we’re talking six months. And last year kind of drove it home, didn’t it? With heat domes, and atmospheric rivers, and record flooding, just the sheer impact of the change in the seasonal water balance and the implications.”

In terms of where B.C. is right now, Stephens believes “is the consequences of not having somebody at the cabinet table who is accountable and responsible for water.” In the case of British Columbia, the responsibility is dispersed through six ministries and that has consequences.

Pascal Badiou, a research scientist with Ducks Unlimited Canada, Institute for Wetland and Waterfowl Research, notes that on a national level Canada is making progress with regards to implementing source water protection plans, with the focus on natural infrastructure, ecosystems like wetlands and grasslands, and is “starting to see those reflected in various provincial policies, federal policies, and funding initiatives.” There have also been significant investments in research and consultation, which he hopes will translate into best management practices through extension activities and supporting applied research.

Badiou cautions that “keeping Canada’s water safe through source water protection is going to require sustained efforts and investments, including things like improved monitoring of engaged systems, mapping of critical landscape elements, such as remaining intact grasslands, wetlands that are vital to maintaining water quality and the health of those freshwater sources going forward.” 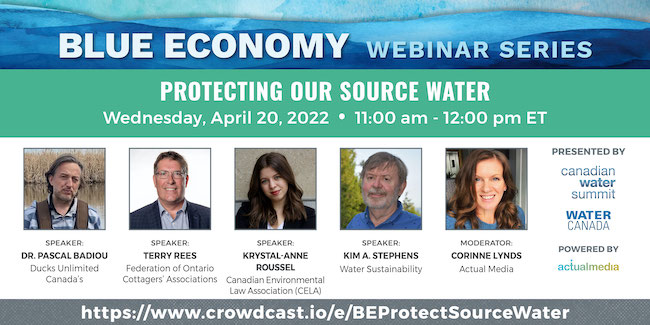 Stephens recognizes the role climate change has had specifically on those small water systems in B.C. that people rely on. He explains how water balance works: Since the earth is a closed loop, the volume of water doesn’t actually increase, rather it’s all about distribution. “So,” according to Stephens, “if you’re getting hit harder during the wet season, of course there’s less water in the dry season.” And in places like British Columbia, extended dry seasons with less water can spell disaster. Because B.C. depends on smaller systems for their water supply, it leaves them vulnerable, and they must rely on extremely calculated operational decisions to ensure that there is enough water to span the season. Stephens notes that “when you’re in a drought, you can’t make more water.”

Rees agrees adding, “When water doesn’t arrive or arrives all at once, that changes the nature of how our systems naturally deal with it and by extension the availability of clean and abundant and safe water.”

Terry agrees with Badiou’s assessment, stating that “the chemical biological changes that happen as our water’s warm and the advent of blue green algae blooms in water where it’s never appeared before, even in systems that aren’t eutrophic, that aren’t high phosphorous-type systems, is going to be something we’re going to need to be well aware of. And that’s why we need to have resilient systems that can tolerate not just the conditions we’ve got today and that we’ve observed over the last decades, but we need to be planning ahead to make sure we’ve got recharge areas and retention and the ability to manage through times when we may have a lack of water that’s potable and may not be easy or possible to treat.”

To help accomplish this, Rousseau calls for specific guidelines to be put into place, as in Ontario, the guidelines are too general and don’t take into consideration that the impacts of climate change are going to be “variable from watershed to watershed.”

The varied effects of climate change on water in Canada is a complex challenge. Badiou points out the tendency to look at the source water protection problem stressor by stressor rather than looking at it holistically. But by “Acknowledging the impact of multiple stressors, whether it’s climate change, eutrophication, or invasive species, and how the combined effects of those will interact is going to be hugely important.” An incredibly complicated endeavour in and of itself that is only further complicated when “you consider that in the context of a nearly continuous supply of emerging contaminants, including things like illicit drugs, pesticides, synthetic, and natural hormones, personal care products, antibiotic resistant genes, and pharmaceuticals, you can see how that combination becomes increasingly complicated to tease apart and figure out the impacts.”

Part of it is responsibility. Rees notes that, “We’re all responsible, both as individuals and families and the people that we elect, the way we vote our dollars. A lot of the responsibility for our land use decisions start at the provincial level and are delivered by our municipal level of government.”

Part of it is looking at how we use our lands, how we integrate Indigenous knowledge, and how we educate ourselves.

Join a conservation group, contact your local government, and as Badiou sums it up: “Get out and enjoy nature because it’s really that link that keeps it top of mind and will help inform decisions down the road and how you account for your role as a person in protecting source water.”

Jen Smith is the editor of Water Canada

This article appeared in the July/August 2022 issue of Water Canada. To watch the full Blue Economy Webinar on green infrastructure and get in on the entire conversation, or to register for an upcoming webinar, visit: https://www.watercanada.net/blue-economy-webinar-series/