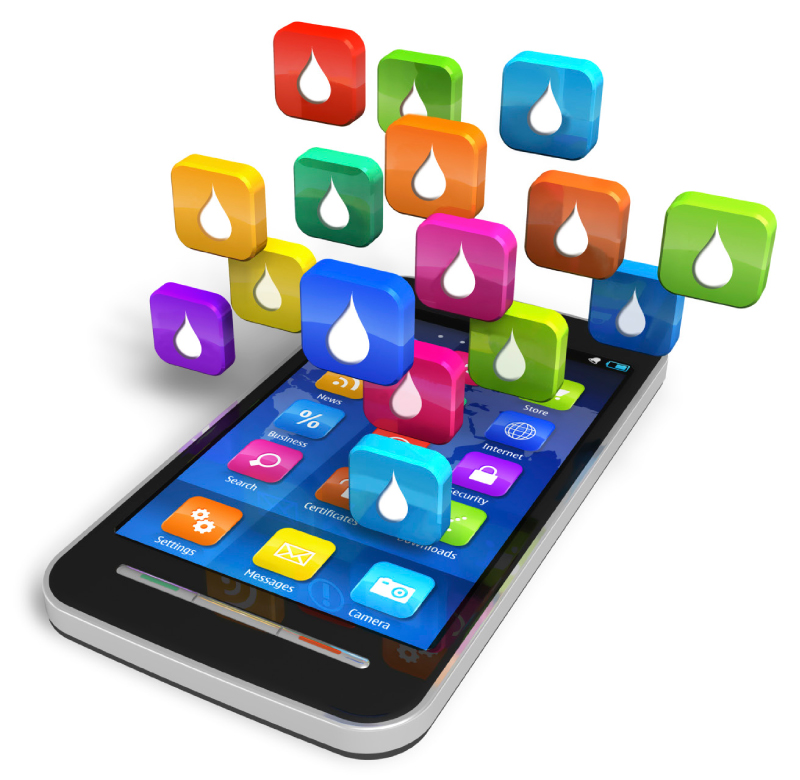 When Mike Scarth at the Alberta WaterPortal became interested in mobile water applications (colloquially termed “apps”), he directed summer students to research what was available. The result of their findings culminated in a handy WaterPortal page that indexes water apps for iPhones, Android, and Blackberry devices. They also discovered how little relevance many of these apps had to the water industry.

“Many of the apps come from a smartphone community that isn’t directly part of the water sector,” says Alex Joseph, executive director of the Water and Environmental Hub (WEHUB–featured in Water’s Next 2012). “They’re more personal apps.”

The good news is that the landscape for water-related applications is changing, and both Joseph and Scarth believe that the launch of WEHUB will serve to catalyze the development of even more professional apps.

While WEHUB is a web-based platform that aggregates data for open-source repositories, Scarth says the thinking and approach isn’t just about the data. “It’s about the tools and the apps that make use of the data to make better decisions around water management and conservation,” he says. “The goal is to provide an open-source platform that will allow people to use the data.”

To that end, WEHUB makes information available along with an application programming interface (API) builder that allows software developers to build applications. The Bow River Basin Council (BRBC) and South Eastern Alberta Watershed Alliance (SEAWA) have each included the WEHUB as an information resource in the development of the State of the Watershed tools featured on their websites.

Aside from assisting in these endeavours, the WEHUB project includes plans to develop its own apps, too. It will soon be releasing the Alberta RealTime Water Flow mobile app. Supported by a variety of partners, including Western Economic Diversification Canada, the University of Lethbridge, Cybera, and the Alberta WaterPortal project, this app is based on a similar one developed by the United States Geological Survey.

“The app will allow any person within Alberta with a smartphone to have real-time access to river flow and river levels in the province,” says Scarth. Though the same data available through Alberta RealTime Water Flow can already be found on Alberta Environment’s website, the WEHUB app simplifies the access to that information and makes the format more user friendly.

An app for industry professionals
In Hamilton, Ontario, WaterUnits is saving time for water and wastewater engineers. Developed by software and consulting company Hydromantis, the app was created to give back to the community that the company has serviced for 20 years.

“WaterUnits is not in itself a groundbreaking or world-changing application,” remarks Darren Richarz, VP of sales and marketing at Hydromantis. “It’s a very simple app that allows wastewater engineers to save a few minutes, but it’s unique because it addresses wastewater-specific calculations.”

Available exclusively on Android devices, WaterUnits converts measurements between common metric and imperial water and wastewater units, with capabilities to calculate customized units of measure added by its users.

Since its release last October, WaterUnits continues to gain popularity globally; Hydromantis has received positive feedback from as far as Spain and Malaysia.

While the response has been positive, future development is limited. “The intention of this really was to develop something for the community,” says Richarz. “Anything that’s more complex will be in our existing modelling product. The idea is to keep it simple and keep it free.”

This does not mean Hydromantis will refrain from updating WaterUnits. Richarz believes that if a feature’s incorporation is plausible given the free nature of the app, Hydromantis could consider further development.

An app for the decision-maker
Parallel to the release of WaterUnits, Noveda launched its iPad app, Building EKG, with the objective to achieve sustainability goals by inspiring behavioural changes in its users through the provision of real-time monitoring across multiple platforms, at multiple locations.

When speaking of sustainability, Govi Rao, president and CEO of Noveda, begins with an analogy. “The most important part of any GPS is the position locator,” says Rao. “If your GPS doesn’t even know where you are, it can’t give you directions to where you want to go.”

“The challenge today [with sustainability], is we really don’t know where we are,” states Rao. “We have a goal of lowering our footprint by 20 per cent, but where are you today and where is that 20 per cent?” Building EKG is thus about the determination of one’s current location in terms of one’s footprint, metre by metre and building by building.

Designed with feedback from strategic accounts in a controlled release, the initial response has been overwhelming. Where analog meters were incapable of communicating data in the past, existing clients of Noveda’s monitoring solution are now able to monitor their energy use with ease and in the format they seek.

Combining Noveda’s suite of monitoring solutions, EnergyFlow Monitor and Sunflow Monitor, Building EKG provides applicable intelligence for users to optimize energy and water use in any number of buildings.

First, EnergyFlow Monitor tracks the use of water, electric energy, natural gas, fuel oil, and steam, along with renewable electricity generation, and communicates real-time data alongside historic data from up to a year ago with the ability to contrast actual usage against user-defined benchmarks such as budget and baseline, while reporting a facility’s carbon and energy footprint, all in an integrated view.

Building EKG then delivers the data gathered, enabling decision-makers to initiate changes based on the collected information that better drive energy and water efficiency, on-demand and on-the-go.

With updates already on the horizon since the app’s October release, the next step for the company is to harness social media and use it in conjunction with another project to keep track of one’s carbon footprint.

“Part of what we’re doing is taking the ease of access of Facebook and putting a purpose behind it, converting it to water and energy conservations efforts,” says Rao. “It’s the concept of getting the general public excited about their footprint, their lifestyle, and their behaviour.”

An app for everyone
While WEHUB, Hydromantis, and Noveda focus on apps primarily used by industry professionals to analyze data, IBM’s Creek Watch utilizes citizen science and crowdsourcing, an open call to the public to collect specific information and generate crucial water data.

Available free of charge to anyone with an iPhones, the app emerged from a brainstorming session between IBM researchers and the California Environmental Protection Agency (Cal/EPA). According to Christine Robson, a researcher at IBM specializing in the utility and quality of crowdsourced data, Creek Watch came out of the desire to make something anyone can help with.

Employing the average person, Creek Watch uses rudimentary, standardized data collection methods to gather information significant to watershed management. To collect data, nothing is required beyond the app download from iTunes, one’s iPhone, and observations with the naked eye.

App users record their findings by classifying three indicators (flow rate, water level, and quantity of litter), photograph the creek in question, and submit the data, along with additional comments, to be aggregated by IBM Research. After the data is collected, it is made available by IBM’s Research the Creek Watch website where water control boards or any other interested party can browse the information as an interactive map and/or download it as a spreadsheet free of charge.

Since its release, Creek Watch has had international interest and now has Chinese, Japanese, Spanish, and German versions. The latest update also includes a walk through for first-time users, allowing them to test the app before their first data submission.

“It’s really great to be able to have everyone who wants to help, be able to help,” says Robson, who confirms the development of an Android edition and the potential increase of Creek Watch’s citizen scientists.

Apps in the future
With the rising number of organizations converging on mobile applications in the water industry to improve operations for its professional subscribers, these apps will hopefully enjoy the ubiquity of their trivial lifestyle precedents and grow to educate as Robson intends, while affecting the behavioural change Rao envisions. As Richarz responded when asked about the development of mobile apps in the future, he says, “It’s a natural evolution.”

Reuse It or Lose It

University of Lethbridge study to focus on the environmental impacts of...